After losing key personnel in recent weeks, some good news for Perth Glory with star forward Sam Kerr committing for a further season with her home town club.

After losing key personnel in recent weeks, some good news for Perth Glory with star forward Sam Kerr committing for a further season with her home town club.

“I really enjoyed last season as it was a great season," said Kerr.

"But mostly I just love being able to play at home and play for the city where I grew up.”

22 year old Kerr was one of Perth's key attacking threats last season as the Glory romped home to their first premiership title and amassed a W-League record number of goals.

Kerr's importance to the team was highlighted by her absence, due to a knee injury in the final round of the regular season, proving fatal to Perth's championship chances.

Recovering in time for the 2015 FIFA Women's World Cup, Kerr went on to start in all five of the Matildas matches with the winger a key part of Australia's attack.

Post World Cup she has continued her club scoring form with NWSL side Sky Blue FC with 4 goals in 6 matches.

Returning to Perth is part of Kerr's plans to prepare for the 2016 Rio Olympic qualifiers with the Matildas in March 2016.

“The next goal personally for me is just to have a good season with Glory, to stay fit and healthy,” she said.

“Hopefully in the long run, we can win the premiership as a team and have the Matildas qualify for the Olympics.”

The signing of Kerr for the coming season is also a relief for new coach Bobby Despotovski with central defender Alanna Kennedy leaving for Sydney FC, captain Collette McCallum retiring and several players in talks with interstate clubs.

“She brings speed, skill and leadership to the Perth Glory squad,” said Despotovski.

“Every aspiring, young, female West Australian footballer is looking up to Sam as a hero.”

While Depotovski and Kerr have yet to meet, it appears there has been enough reassurances made for that Perth will have a squad to go one step further in Season 8.

“I have heard really good things about him [Despotovski] and everyone at Perth Glory seems really excited about this upcoming season, so that makes me excited.”

Kerr is expected to arrive in Perth from Sky Blue FC in late September. 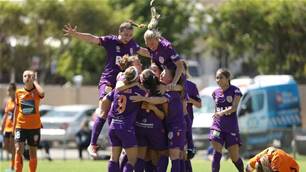 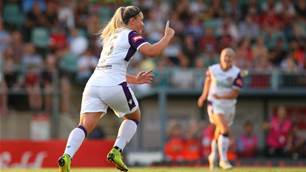