As the season nears halfway, the top 4 – Perth, Canberra, Brisbane and Newcastle - are all sitting on 9 points, separated only by goal difference.

As the season nears halfway, the top 4 – Perth, Canberra, Brisbane and Newcastle - are all sitting on 9 points, separated only by goal difference. Round 6 is a thus crucial moment for teams to prove their worth, with no one club standing out as a contender for the top. 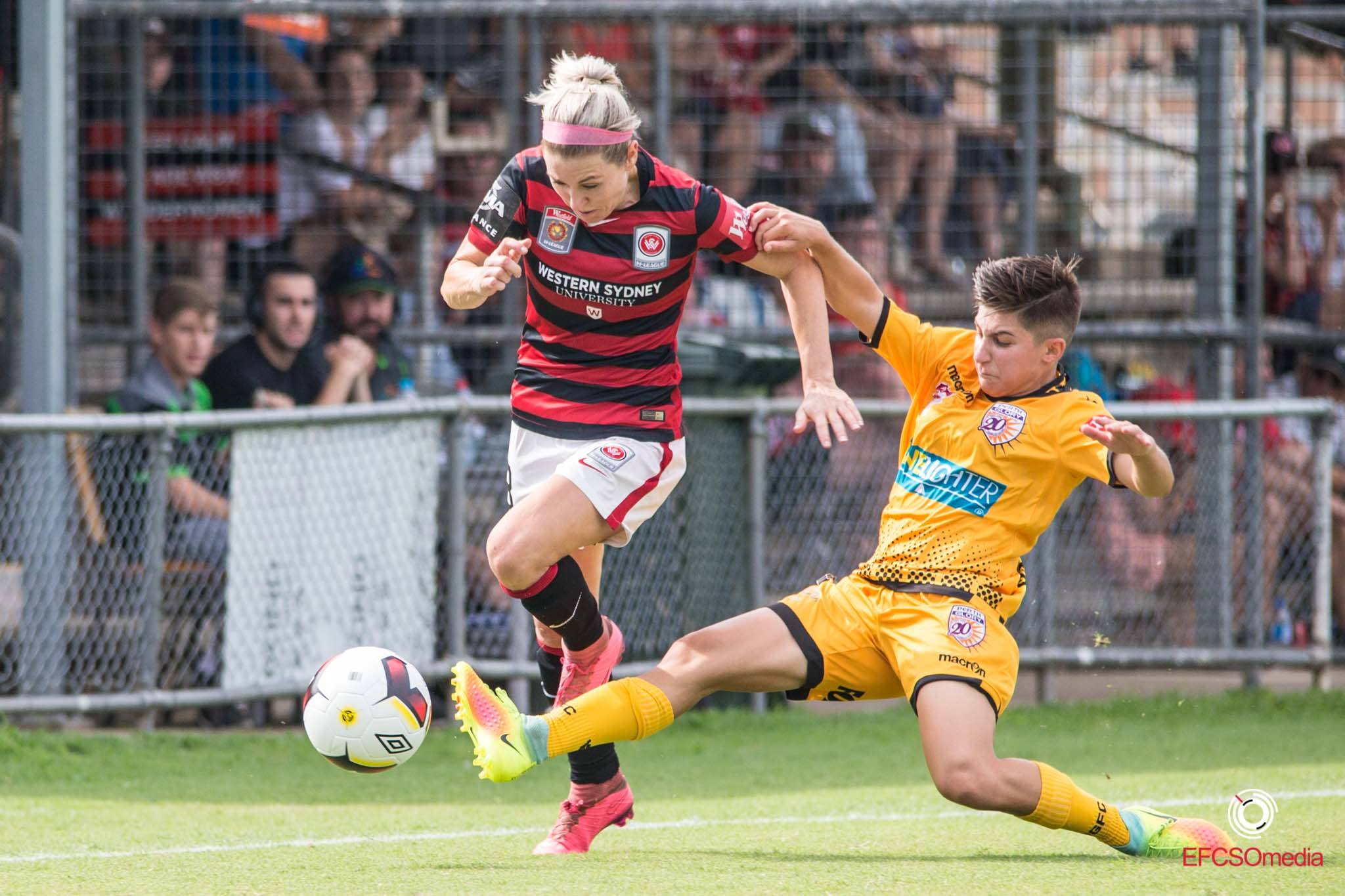 Perth Glory walked away from a disheartening loss 3-1 against Canberra, whilst Wanderers fought it out until the end in a 1-1 draw against Victory.

For Wanderers, this game will mean strengthening their defence from the front line and back – something they managed productively if a little scrappily against Victory. They weren’t without their chances when playing Victory, so a more clinical focus on finishing will also be required if they are to push ahead.

Perth’s game will be about reasserting their dominance. The return of captain Sam Kerr from Matildas’ duty will see both a boost in morale and their attacking strength. When the frontline work well, they’re on fire and it will be a matter of tapping into that earlier on in the match instead of having to chase down a win in the second half. They have scored 14 goals this season to the Wanderers 4, 11 of which have been in second halves.

Player to watch: Le’eau LaBonta was hungry for a goal last week and it won’t be long before her attacking efforts come to fruition. Furthermore, her dominant defensive presence will be needed in the centre of the park to halt Perth’s attack before the ball reaches their dangerous forward line.

Last time they met: Perth closed out the 2016/2017 season with a 0-1 win over the Wanderers.  It was a late Caitlin Doeglas goal that saw Perth host a home final and ultimately win through to the Grand Final. 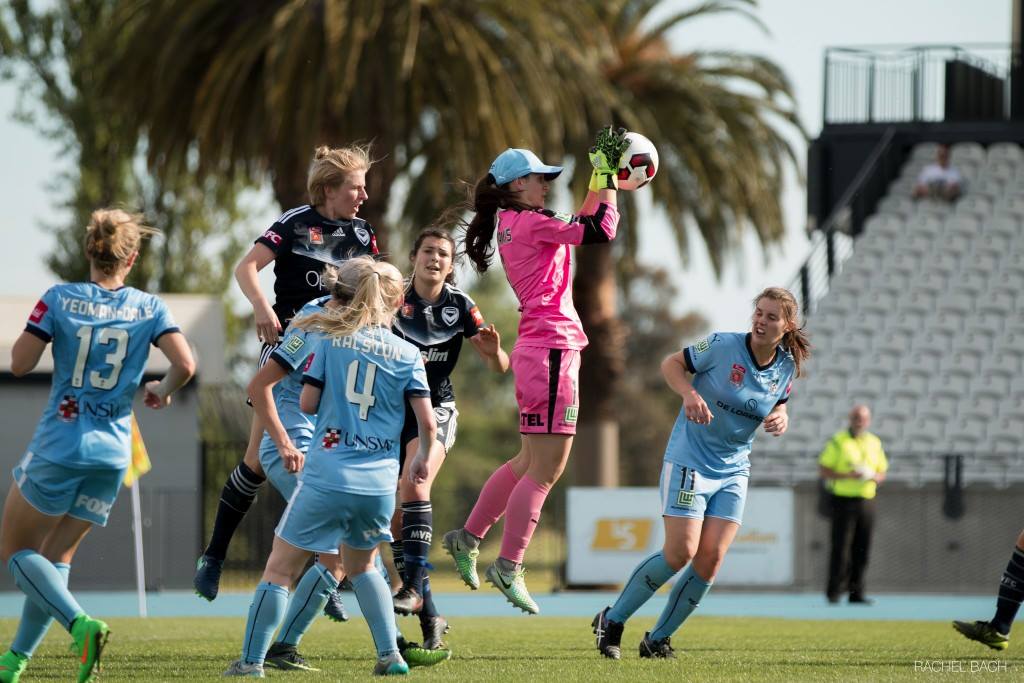 Sydney have had an uncharacteristically shaky start to the season, showing signs of life in round four with a 3-2 win over Melbourne City. Prior to that, they suffered on the opposite side of the same scoreline against Canberra.

Victory, on the other hand, have seen their a relatively even spread of a win, two losses and, last week against the Wanderers, a draw. The uneven results leaves W-League audiences unsure of what Victory can and will do next.

For Sky Blue, this round will mean winning – and winning confidently – in order to rise above bottom spot. The boost of both Teresa Polias’ first W-League goal and a win will almost certainly send them into this match with renewed confidence, along with fresh legs from a bye round.

Victory will be looking to continue the smart attacking play of late and sharpen up their finishing. They will also need to focus on staying focused and maintaining pressure well into the second half if they are to keep Sydney at bay.

In opposition to this, the Sky Blue have had some crucial late goals – including Remy Siemsen’s golden shot that secured their first win of the season against City in the 91st minute. This game especially will require Victory to eliminate the second half slump.

Player to watch: Sydney have flagged that their most recent signing, Orlando Pride keeper Aubrey Bledsoe, will be available for this match. Keeping has been an obvious area for improvement, and they have sought to remedy this in the most direct way possible. Victory aren’t unafraid to pepper the goals, with shots from Melina Ayres and Kyra Cooney-Cross particularly threatening, so all eyes will be on Bledsoe to see how she responds.

Last time they met: The last time Sydney and Victory faced off was in the 2015/2016 season. Sydney won 2-1, scoring both in the first half. 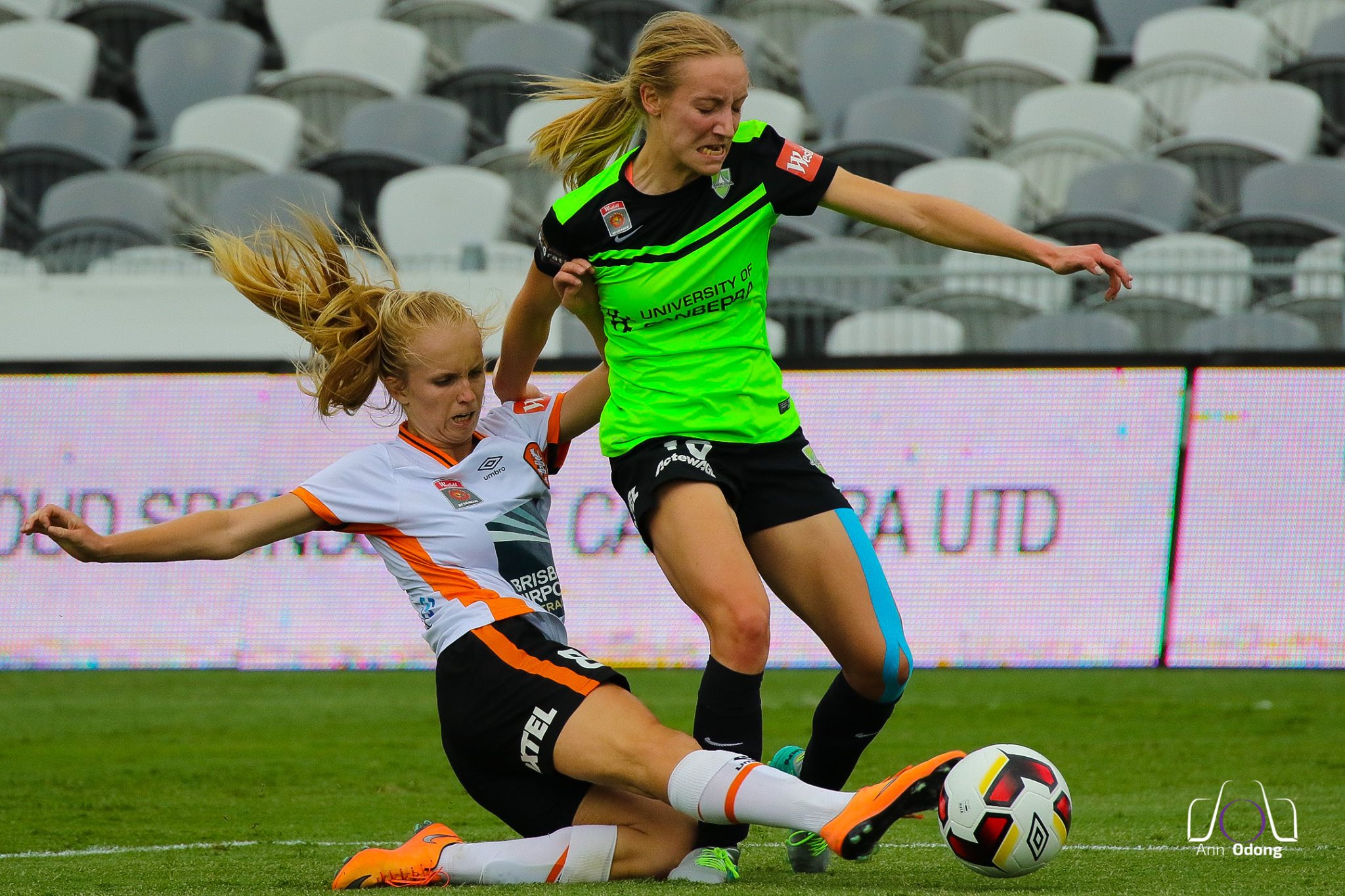 Canberra United walked away triumphant with a convincing 3-1 win over Perth Glory, whilst Brisbane Roar had a bye.

For many the concern prior to the season was the overall youth of the team. However, such concerns may have been dimmed with the likes of Amy Sayer, Grace Maher and Karly Roestbakken making solid impressions.

However, whilst they have been tucking away wins, the final score line too close for comfort. In the past three rounds, their opposition found themselves a goal in the first half and Canberra have had to fight for the three points.

Defending well from the start will be essential against a Roar side who often come out strong and have maintained 2 clean sheets to Canberra’s zero. Their mid-field has a strong defensive element with players such as Katrina Gorry and Tameka Butt always up for the challenge. Their back-line has also been on form in recent matches, unafraid to use their bodies if it’s needed.

It’s almost certainly going to be a physical match, with the two sides wrestling for number one on the ladder. Additionally, Michelle Heyman recently noted in her W-League interview that the two teams have a long-time rivalry which will inject the game with extra hunger.

Player to watch: Despite only having one on-field session with the team, Norwegian sign-on Elise Thorsnes made an impact immediately for Canberra last week, creating opportunities for her team-mates and taking 3 shots (2 of which were outside the box). She will only improve as she learns more about her about team-mates and the role she can play in their formidable attack.

TV Broadcast: Live coverage on foxsports.com.au/live and the FOX SPORTS App from 4.00pm

Melbourne City will enter the contest after a week off, whilst Adelaide are re-joining following a close loss to Newcastle Jets.

This is a must win for Adelaide in order to stay off the bottom of the ladder, whilst City have the top four within their sights. City’s season has been a little topsy turvy compared to their usual control of the early season, so this weekend may mean proving that the dominant streak of season’s past is still there.

City may have the advantage of fresh legs, however Matildas Kyah Simon, Alanna Kennedy, Lydia Williams and Larissa Crummer will all be coming in after minutes in the recent Matildas friendlies. Furthermore, the omission of Steph Catley due to injury will see a dent in the side.

However, the signing of Arsenal’s and English international Jodie Taylor will add to their forward line, adding even more danger to a currently loaded attack.

Unfortunately for Adelaide, they have had relatively little experience facing City, as the head to head statistics show, and their season has seen them battle of losses in recent rounds. They will need make a strong start and sharpen up their final passes if they want to net the necessary goals.

Player to watch: Her already impressive season saw Eliza Campbell drawn into the Matildas fold, where she showed her value in the few minutes she had in the two friendlies against China. City will be looking to test her, and with strikers like Jess Fishlock and Kyah Simon on form she may be the element standing between a win and a loss for Adelaide.

Last time they met: Last season saw the two sides bring in the new year with a 1-1 draw.