A few weeks into Season 10 of the W-League and three of last year’s finalists have only recorded one win between them.

A few weeks into Season 10 of the W-League and three of last year’s finalists have only recorded one win between them. Perth Glory and Newcastle Jets are undefeated after two rounds, while mixed results already seeing a congested middle of the ladder.

Round 3 sees a few interesting matches, as sides are settling further into their stride and formations. Of particular note, Newcastle are looking dangerous heading into their clash with Melbourne City. 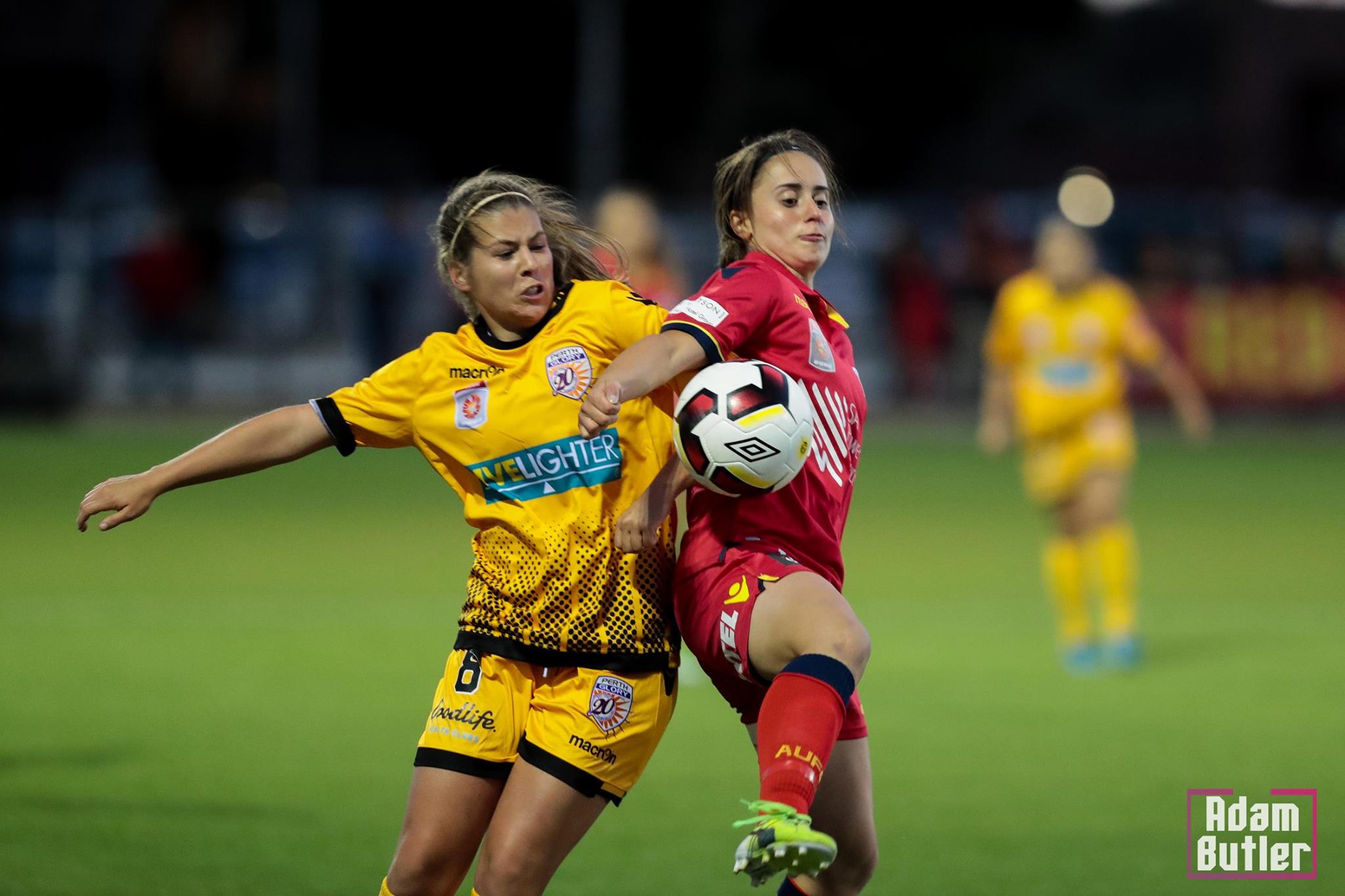 Adelaide United started their season in Round 2 with a tight loss to Western Sydney Wanderers, while Perth notched up a second strong win in as many weeks.

Both sides will be looking to build on their preparations in the past few weeks, coming into the Friday night clash at Marden Sports Complex separated by 6 points on the ladder.  Perth have scored 8 goals in 2 matches, placing some anticipated pressure on their hosts.

Adelaide were solid in defence overall in their opening match despite the loss and this will be pivotal to their chances against a Perth side buoyed by confidence and a number of stars in goalscoring form.

Most likely to score based on her start this season is Rachel Hill, who has slotted in brilliantly with Samantha Kerr following her first season in the NWSL with Orlando Pride.

Player to watch: Samantha Kerr continues to warrant all the superlatives describing her record-breaking year.  She will no doubt be key for Glory in pursuit of their third win on the trot.

Last time they met: Season 9 saw Adelaide and Perth split wins, but in Round 13 it was Adelaide who prevailed 2-1 in Perth. 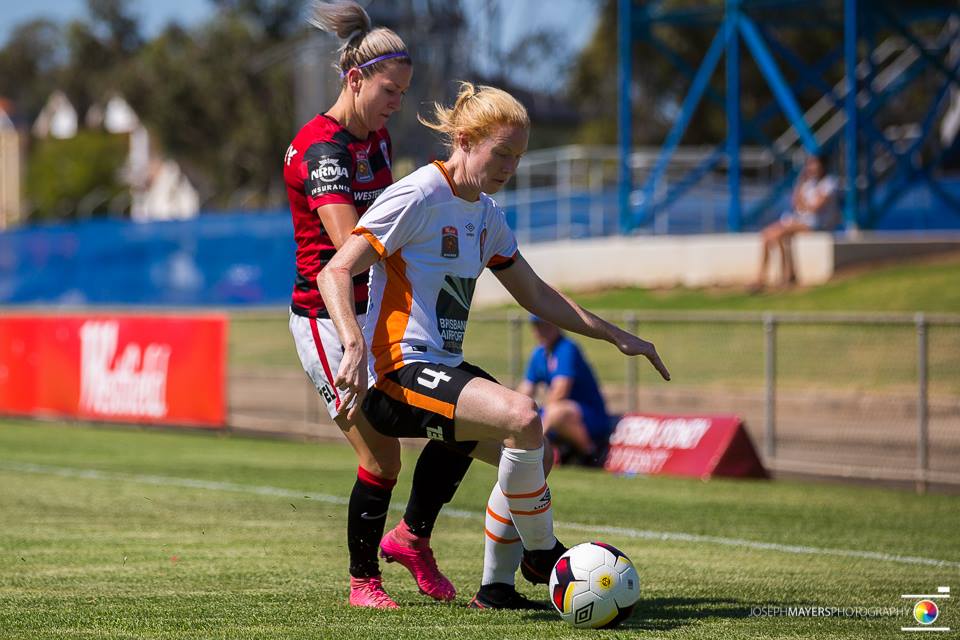 Western Sydney Wanderers were late winners over Adelaide last round, while Brisbane Roar suffered a heavy loss at home to Perth.

At Marconi Stadium on Friday night both sides will be looking to draw a line under their mixed start to the season, and shore up some ladder positioning with a win.  It’s likely to be a close one.

Roar and Wanderers have already racked up 4 yellow cards apiece, so it will be interesting to see whether there have been adjustments made in terms of maintaining composure and discipline if the game is tight.

Roar have struggled in conceding late in the opening rounds.  This could prove interesting in the contest, particularly after Wanderers lifted to snatch an injury time win in Round 2.

Erica Halloway, is joint top of the league in chances so far, so look for her service to have an impact again. Mackenzie Arnold has been forced to make the most saves in the opening rounds, so Roar’s back line will need to be tight to keep her work rate and Wanderers’ chances down.

Player to watch: Cheung Wai Ki is settling into her new club, and the Hong Kong international will be key to driving Roar in transition.

Last time they met: Wanderers and Roar last met in Round 11 of Season 9 – with Roar winning 3-0 at home. 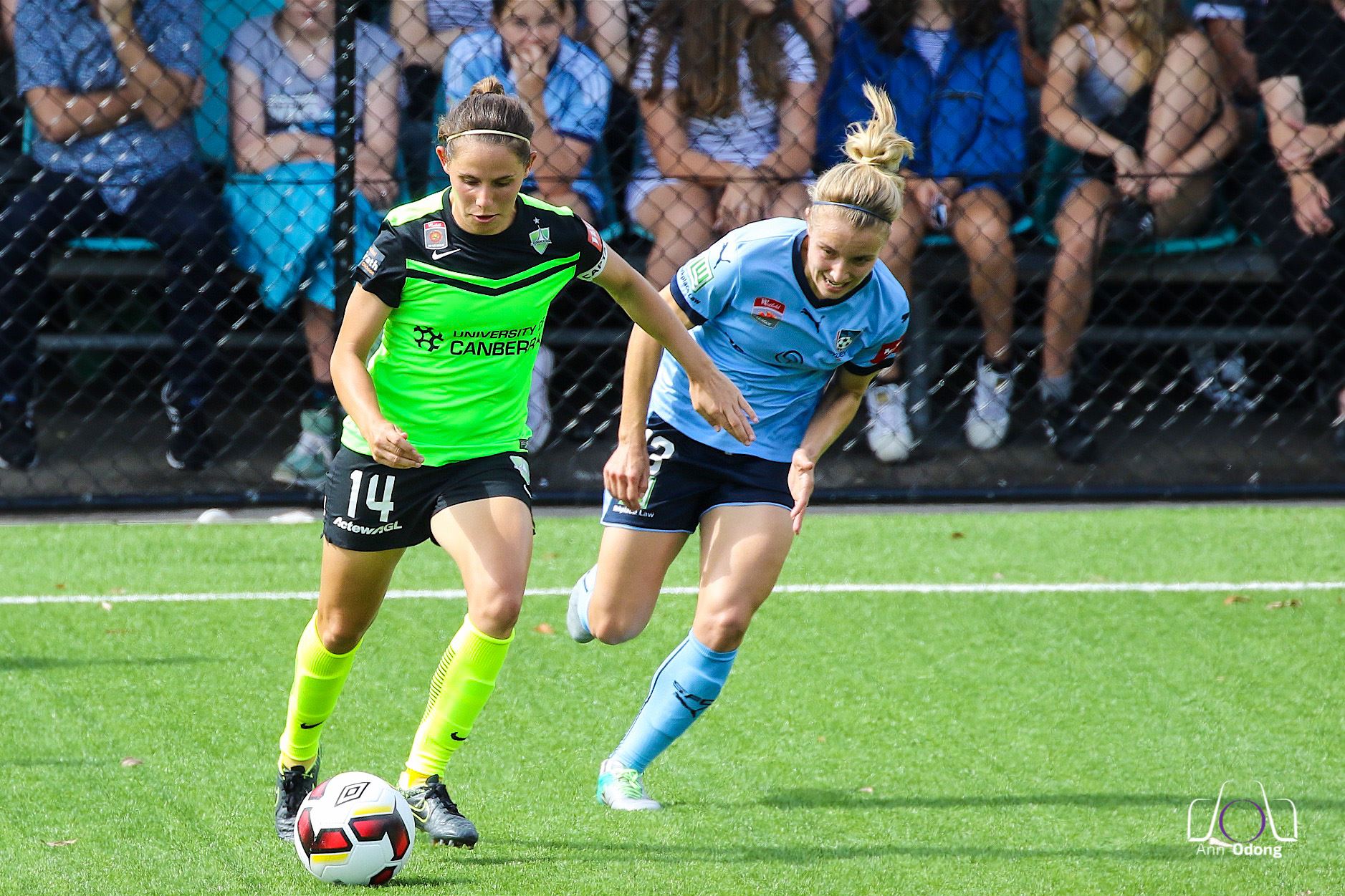 Sydney are coming off two losses to start Season 10. Canberra are fresh off the bye after a loss in Round 1, so it’s fair to say this is unchartered territory for a clash that typically is hotly contested.

Not that this meeting doesn’t matter, but that the stakes are a bit different, with both sides now almost desperate to make some move on the ladder.

Sydney boast a strong set of strikers, with Remy Siemsen, Princess Ibini and Lisa De Vanna impressing in the early rounds. They haven’t been without their chances in the opening rounds, but have conceded too many, both in terms of goals and fouls.  They’ll need to tighten up in discipline and defence to beat Canberra.

This one might be the most difficult to pick of Round 3, as both sides haven’t really found their range yet. But, they are so familiar with each other as opponents it should still be a tight one.

Canberra United may have the slight edge, with home ground advantage at McKellar Park on Sunday and a week to adjust to Young Matildas returning from national duties. But they’ll need to overcome a lack in service and finishing to beat Sydney.  Ashleigh Sykes and Michelle Heyman are surely relishing linking up up top again, and will need to be assisted well to make an impact.

Player to watch: New Canberra United co-captain Ashleigh Sykes celebrates her 100th game.  It has been quite a century for Sykes with 2 championships, 3 premierships, a Player of the Year and Golden Boot to her name.  She will again be a key attacking threat for Canberra against a Sydney FC defence struggling to find their early season form. 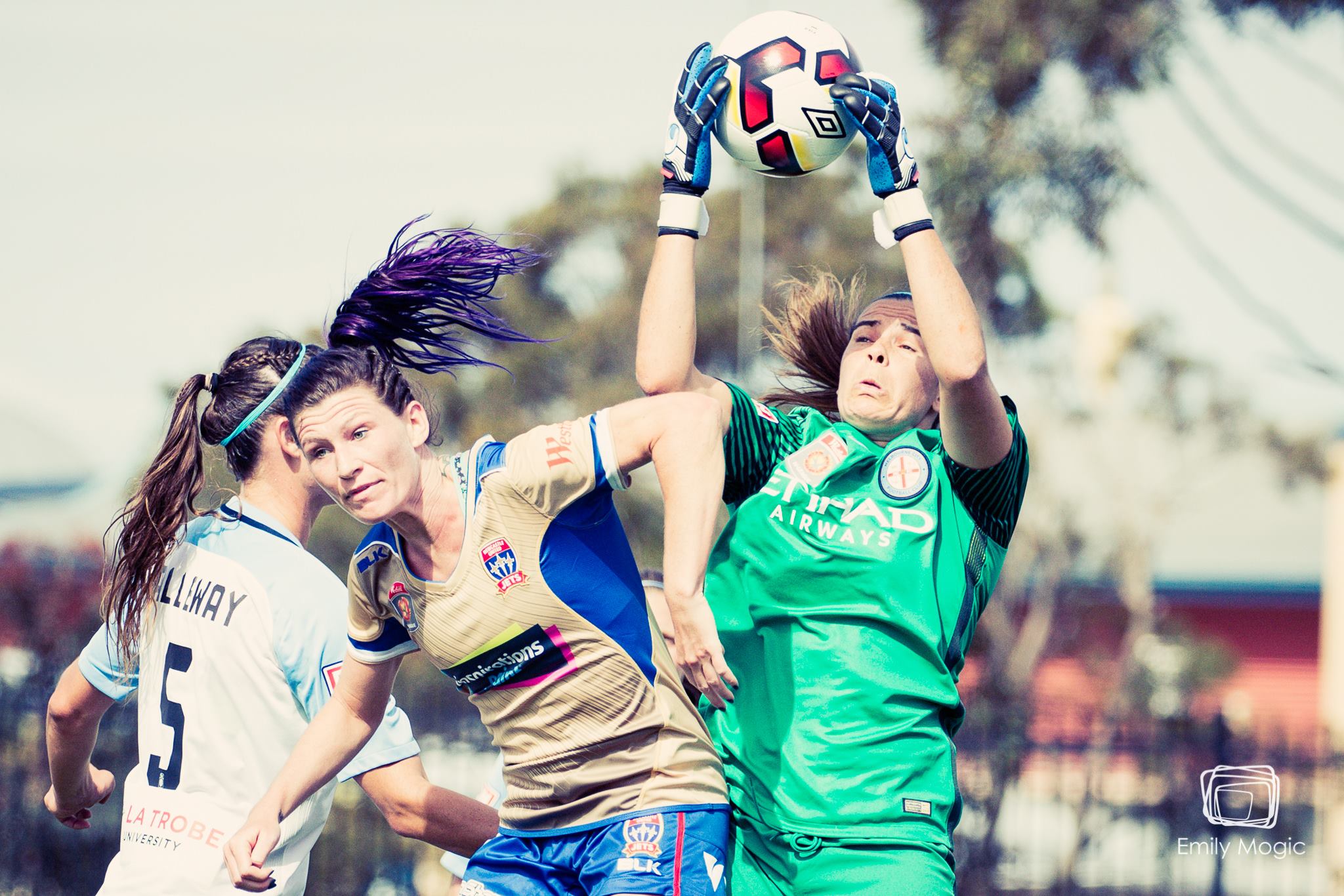 Last round saw Melbourne City FC with a tight 1-0 win in the first derby of Season 10, while Newcastle extended their winning start with a 2-0 victory over Sydney FC.

Melbourne City will no doubt be hoping to claw their way into the top four, but the match has potential to be more grinding than a goal fest.  Jets and City are the only two teams who’ve kept a clean sheet thus far.

Perhaps the most salivating of battles in this match will be that of the workhorses, Emily Van Egmond and Yukari Kinga.  Both veterans (of the W-League and more generally), though separated by a few years they are both key in the centre for whatever side they’re in, and this week will be no different.

Historically City has had no trouble scoring goals, but they’ve started this season without hitting the back of the net much. In their three meetings – Newcastle has yet to score against Melbourne City, so will be eager to change that on Sunday at AAMI Park.

Jets worked their set pieces well in dominating Sydney FC, and with additions, in particular Van Egmond, this should be a different battle than the previous three.

Newcastle haven’t scored a huge number of goals, but in the first two rounds they’ve shown the best conversion rate after Perth Glory – so they might not have to pepper the goal like City often do to make one stick.

Jenna Kingsley and Kyah Simon top the league in chances created this season, so look to them both to feature in the top third again in Round 3.  Tori Huster has also started the season with a few assists, so there are a few threats in Newcastle’s arsenal.

Player to watch: Yukari Kinga has had an impressive start to her second season in the W-League, and will be looking to build on that against Newcastle.

Last time they met: In the last of regular round matches in Season 9, City recorded a 2-0 victory over the Jets in Coffs Harbour.