From a young age Shelley Youman had the talent and love for football.

From a young age Shelley Youman had the talent and love for football.  However, many factors meant the talented midfielder didn't get her chance on the national scene until an advanced age by today's standards.

Earning 24 national caps for the Matildas between 1995 and 1998 while juggling training, motherhood and work, Youman gives us a glimpse into her football story.

Youman in action for the Matildas | Newcastle Regional Museum

I started playing football at the age of ten and can still remember my Mum yelling at me constantly for kicking a ball against the house.  I loved playing and would train 24 hours a day if I was able.

In my junior years the highest you could represent was at state level (there was no Young Matildas) which I did so on numerous occasions.
When I turned 18, although I still played at the highest level in Newcastle, I found other things more important than to play representative football especially as you had to pay your own way in those days.

At the age of 22, I got married and had my first child at 23.  I then went and played in the NSW Premier League until falling pregnant again and having my 2nd child at the age of 25 and my third at 26.

Football then became an Olympic sport and funding was given to help support women’s football.

This changed my perspective on things.

Intensive training centres were set up in each state so I decided to get serious.  At the age of 27 I attended the National Titles and was selected in my first national squad.

I was then selected in the first full time women’s football program and moved my husband and three children to Canberra.  There my husband was successful in gaining a job where he could work from home when needed.

There were many challenges for me and the hardest was trying to manage three children under 6 in a new state were we had no family support.  In the AIS they have a policy where you have to be studying in some form as well as training which I totally agree on but they couldn’t get their heads around my issue of not having time to train, be a mum and study so that was difficult. There were always strains of being away from my kids while on tour but also having to take a backward step and let my husband be the primary care for the kids.

I retired at the age of 32, just 6 months prior to the Sydney Olympics.  I had chronic tendonitis in both knees which would ache through the night and hinder me at training and anti inflammatories seem to not work well after years of digesting them.  I was also an over trainer (I loved to run and train and still do) which never helped my cause.

After returning to Newcastle I completed a degree in Social Science and have also completed a advanced diploma in Management. I work for the Australian Sports commissions “Active After-schools Communities” program where I hold a management position.

I believe that playing football is the reason that I have been successful in the workforce. You gain confidence, determination and many friends and contacts in sport and this has helped me to where I am today.

My job is perfect for me as we encourage and build confidence in children to love sport and build pathways into sporting clubs. I know what sport gave me so If it can rub off on the kids there is much to gain.

I currently coach in the Northern NSW Women’s Premier League for Adamstown Rosebuds and am constantly amazed at the girls and their passion for football.

We need to hold onto that and encourage it.

There are many lows when playing at a high level such as competing for positions against your team mates, missing out on team selections etc and we all go through it a sometime but there are some great highs as well and playing for your country is definitely that.

Women footballers give up a lot out of there life for the sport they love with minimal financial gain so you know the kids that are playing at the top love their sport.

There is a long way for Women’s Football to go and we need the right people in the right places to progress it.  Hopefully this can happen.

Morri: A reality check for the ‘relatable’ crowd 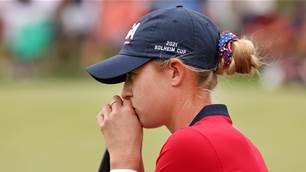