In their final group match of the Asian Cup, Australia will face defending champions and long-time rivals Japan after coming off a solid 8-0 win over Vietnam.

It is the heavyweights clash everyone has been waiting for.

Ranked 11th in the world, the Japanese squad looks vastly different to the one that lifted silverware back in 2014, with only seven members in the 2014 team remaining in the current line-up.

The last time the two teams met, it was at the 2017 Tournament of Nations in the middle of the Matildas’ most successful year yet. They won 4-2 against a rebuilding Japanese side, thanks to Emily van Egmond and a Sam Kerr hattrick.

However, the Nadeshiko are a strong force to be reckoned with, as their technical skill has proved dominant over the Matildas in the past.

Both teams are currently positioned in the top two spots on the ladder, tied in points but the Matildas have an important 4-goal difference edge over their opponents.

This match will be extremely crucial as the pair look to cement their places in the semi-finals and qualify for the 2019 World Cup.

A rock in defence and creatively-sound too, Steph Catley will be key in Friday night’s encounter.

Even though Catley was deployed as a central defender in the first group match, she might return to her preferred left back position against Japan.

Her worth to the team is such that when she pushed forward, she managed to cut through South Korea’s diligent and tightly-packed defence to create one of the few crucial chances of the night.

She will be vital in nullifying the oppositions’ attacking options through the wings, but also providing channels in which the Matildas can start their own attack. 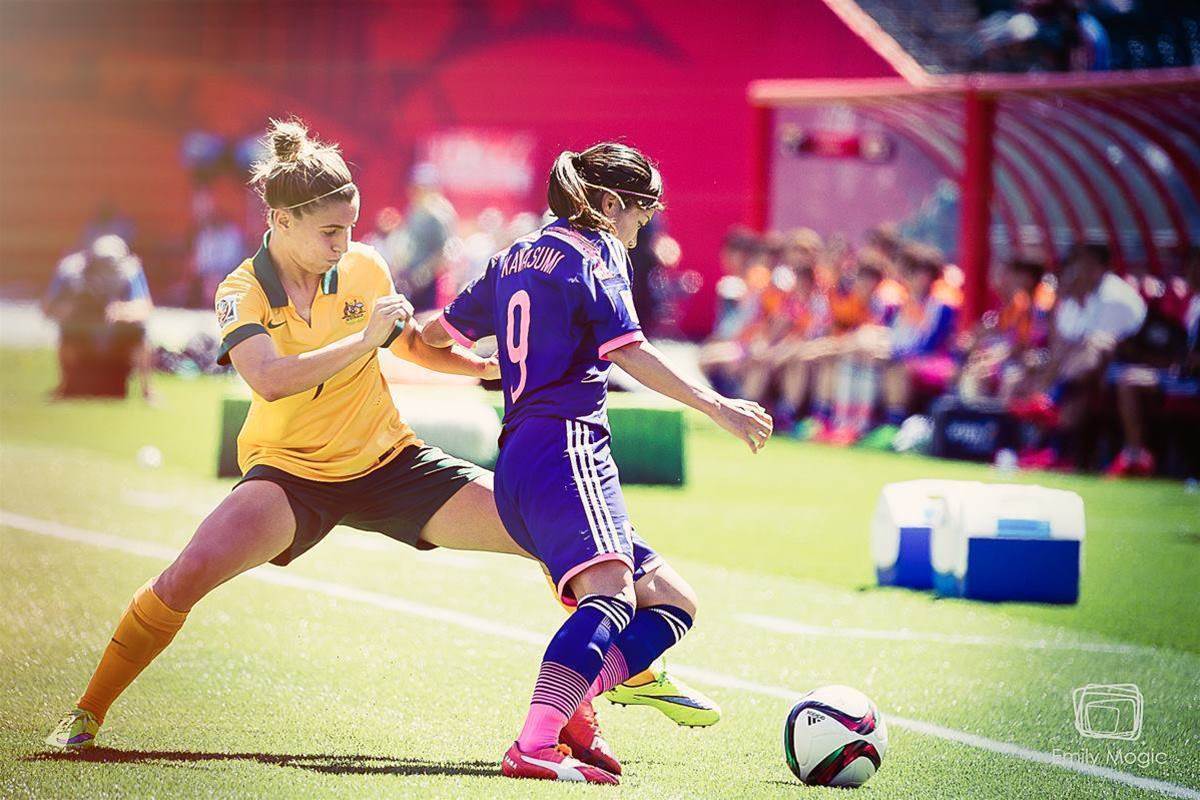 Surprisingly, Saki Kumagai was not a part of the squad that won the Asian Cup four years ago, even though she was featured in the 2010 edition.

The 27-year-old captain plies her trade at Olympique Lyonnais, where she helped claim the treble with the French outfit including a fourth Coupe de France, fourth league title and second UEFA Women’s Champions League.

Kumagai has also been nominated recently for the 2017 AFC Women’s Player of the Year and 2017 FIFPro Women’s World XI.

Accolades aplenty, she is a very technical player who can play at centre-back or in holding midfield. On top of that, she also boasts a 100% penalty conversion rate.

Japan will be relying on her defensive smarts to stop the likes of Sam Kerr and Lisa De Vanna in their tracks.

This match will be thrilling from start to finish, as two rival powerhouses battle it out for the hotly-contested top spot in Group B.

As both are possession-based teams, Australia will need to put in 110% from the get-go and smartly utilise their physicality against their technical-sound opponents. They will have to capitalise on the chances they create and tighten up the defence line.

"Fantastic players, they know their game. Their movement is beautiful. Their touches are excellent. So, we know we have to deal with a highly technical team and one who really knows the game well,” Alen Stajcic said.

A draw or win would see Australia through to the semi-finals. However, as the other final Group B match between South Korea and Vietnam will be played at the same time, it will be crucial for the Matildas to have the upper hand over the Nadeshiko to avoid being impacted by the results from that game.