The Young Matildas take on Laos in their second match of the 2015 AFF Women's Championships at Thong Nhat Stadium, Vietnam.

The Young Matildas take on Laos in their second match of the 2015 AFF Women's Championships at Thong Nhat Stadium, Vietnam.

On the back of a strong second half performance, Australia produced a convincing win over Thailand in their opener thanks to goals from captain Amy Harrison, Beattie Goad and Emma Checker.

Their second match sees the Group A leaders meet fellow opening day winners Laos (who defeated Indonesia 2-0), with the winner guaranteed a spot in the semi finals.

Defending deep and on the ropes during the first 30 minutes of the game, head coach Ante Juric was pleased with the response from the team, especially from the senior players.

"To be honest, the first 30 minutes we were up against it and Thailand could have had few goals," said Juric.

"Just seeing the character of the girls, in particular some of the experienced players in Emma Checker, Nat Tobin and Amy Harrison, was pleasing."

"They stood up after the team defended pretty much for 20 minutes, made a few mistakes and had a bit of nerves. The rest of the girls then followed suit and by the end they were deserving of their win."

The Young Matildas midfield were the architects of their win on Friday with Alex Chidiac, in particular, a stand out.

17 year old Chidiac grew into her role as playmaker producing several well weighted passes to forwards Harrison, Sunny Franco, while combining effectively with Tobin and Beattie Goad on the wing. It was Chidiac who earned the penalty for the breakthrough opening goal.

Beyond her goal Harrison proved the most dangerous forward on the park and her combinations with Chidiac and Tobin produced opportunities for the Young Matildas time and again.

Substitute Princess Ibini made her claim for a starting position with a influential second half performance.

Ibini's runs on the right unnerved the Thai defence and her delivery into the box created several chances in the second half. Goad took one to double Australia's lead and also capitalised on a second in injury time.

Defensively Ellie Carpenter and Emma Checker grew into the central defensive partnership, although poor distribution from the back almost caused self inflicted wounds but Teagan Micah's assuredness in goals meant no real damage was done on the scoreboard.

Juric was pleased with the team's response after weathering the early storm.

"At half time I discussed a few things in terms of tactical changes and, just like they did last November, they were just excellent at listening and executing."

"The second half was a different story so in terms of that I was very happy."

Defeating Thailand, the highest ranked nation in the competition at 29, places Juric's side in a good position with the two comparatively weaker sides to come.

A win over Laos tonight sees the Young Matildas not only through to the semi finals but also odds on favourites for top spot.

Juric, like many Australian coaches, has in the past preferred to rotate his squad and he will do so again against Laos with a new starting XI to take the park.

De Angelis, an ACTAS product, is the best known with the holding midfielder having a breakthrough season with Season 7 champions Canberra United.

A midfielder, Martin has her chance to impress at international level after the Victorian NTC captain's consistent form in the Victorian Women's Premier League.

While Kally Lewis, a Northern NSW product and U17 Matildas member, has also been rewarded for good recent performances.

Petratos is a noted goal scorer and has already found the back of the net at international level after scoring a brace for the U17 national team in October 2014.

"This group that we have changed, for me, there is not much difference between last game and this game in terms of quality."

"All we are asking for is to execute the tactical side of the game, to be positive and to show character."

"Everything we are talking about we are looking with the qualifiers in mind, getting to the World Cup and doing well at the World Cup."

"We are geared towards little improvements for that, rather than necessarily today's game." 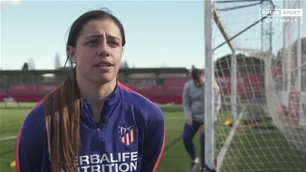