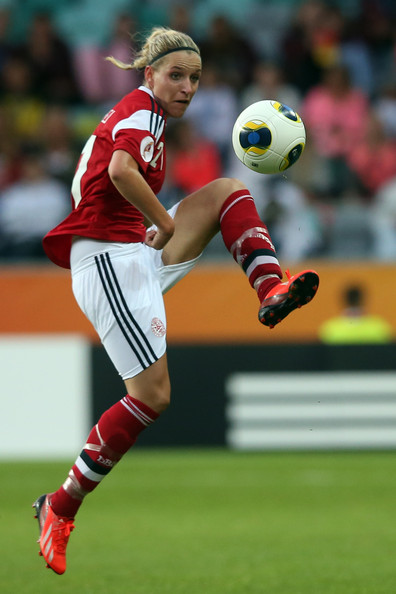 Perth Glory have officially announced that Canadians Sasha Andrews and Christina Julien and Denmark’s Cecilie Sandvej will join the Glory for season 2013/14.

Canada Women's National Team striker Julien joins the Glory as a guest player for the first seven games of the season and Glory coach Jamie Harnwell is confident she will make an impact in her short time in the W-League.

“In putting together the squad, I wanted to add something different to our front third and Christina jumped at the chance to be a guest player,” he said.

“She’s a great signing for us for the first part of the season and has her sights set on consolidating her place in the Canadian national team. Her enthusiasm and energy have already been apparent. I can’t wait to see what she will bring to our attacking play.”

Julien becomes the second Canadian in the squad after Sasha Andrews returned for another season in the heart of defence.

“Sasha was a huge influence on the playing group on and off the park and was a great leader in our back four,” Harnwell said.

“She really enjoyed her time here last year and it will be great to see her back in the Glory colours for another season.”

Andrews will have a new defensive partner in Danish international Cecilie Sandvej.  Sandvej, who as part of the 2012-13 Danish champions Brondby IF and the Denmark Euro 2013 squad, brings plenty of experience and defensive capabilities.

“She is a versatile player, who has already had European experience in the Champions League."

“She has shown a huge amount of desire to come to Perth, putting her European career on hold to play for Perth Glory and try to help the team push into the finals for the second year running.”

Perth Glory will kick-off their season away to Newcastle Jets at Wanderers Oval in Broadmeadow on November 9.