“My first World Cup was in 2007. Back then, no one really gave a shit about women’s sport,” De Vanna wrote for the Players’ Voice.

“The tournament was bitter, sad and hard, but it also changed women’s football. We got a little bit of attention and we became a brand.

“We were pretty much a team of thugs that just kicked players.”

The Matildas had been re-energised in 2005 by the appointment of Scottish coach Tom Sermanni, who took advantage of the squad’s competitive physicality, enabling them to compete against the world’s best.

A young De Vanna had merged effortlessly into a diverse squad, a crucible of different aspirations, experiences, lifestyles and sexualities. She epitomised the youthful ambition and expectation of a new generation of female sportspeople, while the squad’s leaders were world-weary women, who had struggled through momentous obstacles to reach the end of their careers.

De Vanna was an enigma from the very beginning; exceptionally quick – “in terms of short sprints, the young ones still can’t beat me” - technically gifted and phenomenally agile despite her stout, stocky build.

Former Socceroo Craig Foster said: "She ran on jet-fuel; burning up twice as fast, but with incredible impact.”

She left Australia in 2006 to chase a professional career in England, earning £50 a week, spending her weekends working in a pub. In 2009 she became one of the first Australian women to play in the U.S Women’s National Soccer League, carving a path that the vast majority of Matildas follow to this day.

She was taken under the wing of the likes of Abby Wambach, Heather Garriock and Salisbury – the latter she calls the only person who could put "a lump in her throat".

They supported her rapid development to become one of the world’s greatest female footballers in the late-2000s. But they were equally quick to reprimand her many indiscretions. You could take the girl out of Spearwood, but you couldn’t take Spearwood out of the girl.

''The perception of her is that she is a psycho and will play up,” Garriock told the Sydney Morning Herald.

“But in many ways, because of her family background and circumstances, she wasn't brought up to control her emotions.”

Sermanni added: “She puts herself under so much pressure.

“And the more the pressure builds up, she feels it and I liken her to a pressure cooker, she suddenly explodes. I think her implosions don't impact on the team as much as they do her.”

Former coach Alistair Edwards was less diplomatic, calling her “brilliant” and a “brat”. 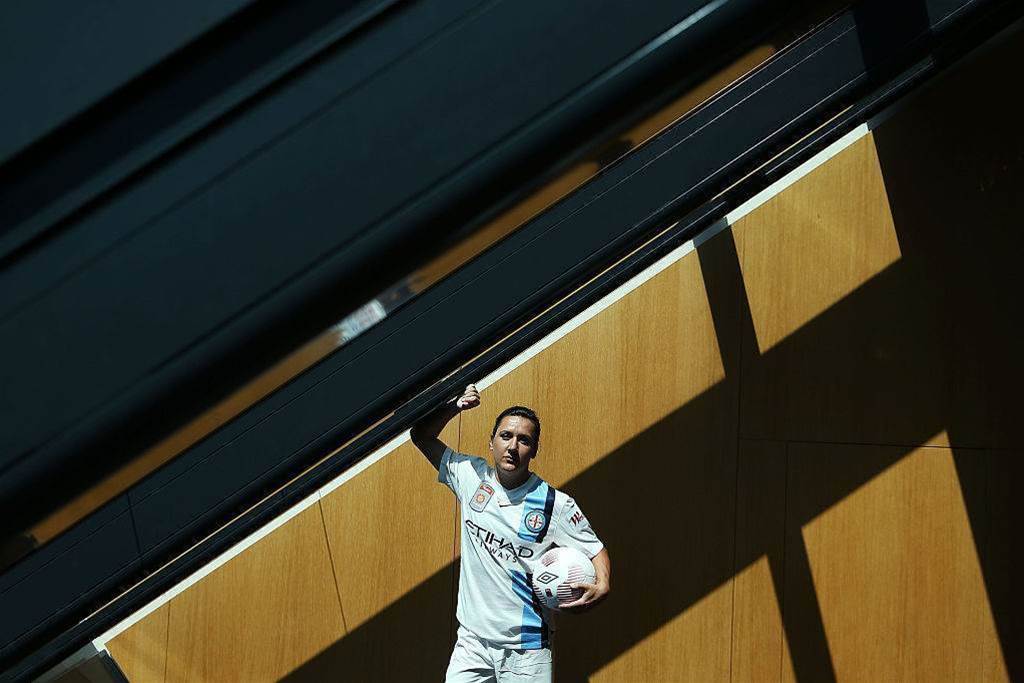 “I don’t think I scared or intimidated anyone,” De Vanna wrote. “I’m a pretty chilled, laidback person. I give shit to everyone, I stir things up, so it’s not like I come in there and I’m quiet.

“I used to lose my mind about simple things,” she told The Guardian.

Her profile rose dramatically after she led the Matildas’ performances in the 2007 World Cup but off-field incidents came to the fore in 2010, when she was publicly ridiculed for a series of sexually explicit Facebook posts, which threw her Matildas place into jeopardy.

While many of the training ground incidents were kept internal and the mainstream media had been quick to ignore her trailblazing rise in women’s football, suddenly these stories were plastered across websites and newspapers around the country.

Yet despite a nomadic career, her form has rarely faltered.

She was successful in the Scandinavian women’s leagues that laid a template for professional female competitions, before becoming a key figure in the WNSL for many years as the United States took over the women’s football world.

She confirmed her status through continual W-League cameos; racking up brief, high-octane spells at eight of the league’s nine clubs. As De Vanna’s career’s progressed, her goalscoring has become less prolific but her leadership – demanding professionalism from every footballer she plays with – has become an unlikely contributor to her longevity at the highest level.