In Part 2, The Women’s Game’s Sarah Groube caught up exclusively with outgoing CEO Heather Reid AM to discuss the successes and challenges of the job, her time in the game and what the future holds.

What’s been your favourite part of the job?

Being able to see and facilitate change in the sport.

I was caught by surprise in 2004 when I was asked to apply for the job with Soccer Canberra. Particularly because there was this attitude at the time, and it still exists in pockets today, that I’m only interested in the women’s game.

"It was really important to me personally to try and make the unification process of all components of the sport a success, and I think we’ve done that. That’s been a big achievement."

People forget that we don’t have an NPL for women, we don’t have an FFA Cup for women. They only see the W-League and Canberra United and they’re a bit jealous and short sighted around that particular aspect of the business that we run.

Hopefully if we have a [men’s] National Youth League team that will shift that a little bit.

I think also the fact that I’ve survived… so many people say ‘How do you do it?’… and I’m now saying it’s not sustainable for me personally any more. 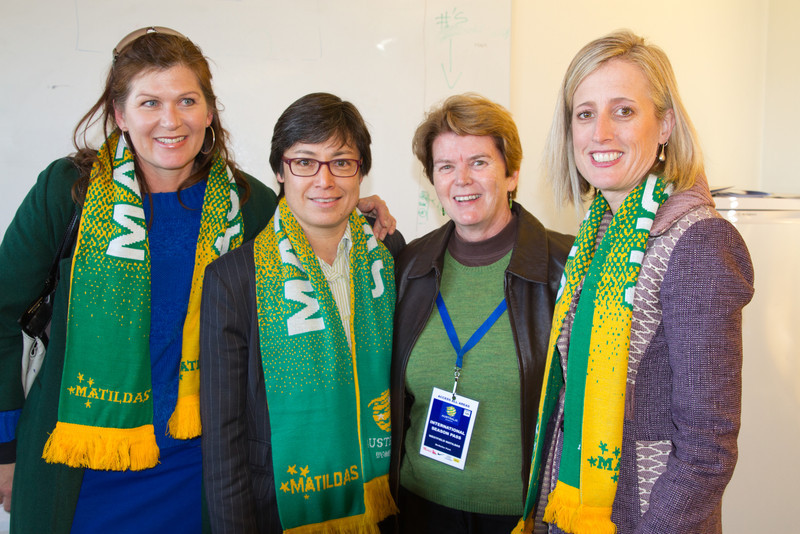 Looking at your term as Executive Director of Australian Women’s Soccer and also on the Board, you’ve contributed so much to the game. Were you on the Board when AWSA merged with Soccer Australia?

Yes, that was a shocking time. I was on the Board when the National Team wanted to do the calendar, and then the calendar kind of launched ‘the Matildas – the new fashion in football’… all of that… I’ve been through all of that.

I was on the Board when the CEO put us into premature receivership. It cost me a little bit of grief when I was working at the Australian Sports Commission at the time. It hurt, because we were misled I think.

I was in and out of the sport. I got out of being CEO back in 1992 when people were saying the writing’s on the wall, it’s going to be a takeover by the old Australian Soccer Federation and the women’s association just had to fold into that. Twelve years later we were still waiting for it to happen.

I did a lot of other things in between, I do have a lot of strings to my bow, not just being CEO of Capital Football.

Teaching and educating and training people is something that I like to do, so that’s where I’ll head a little bit more.

It will be a weird feeling. I don’t want it to just finish one day. Clearly 30 March is my last day as CEO. I’ll be working with the new CEO for at least a month.

We’re keeping an office at the AIS where we have the Canberra United office, so that will be our Canberra United Academy office. I’ll base myself out there, physically to remove myself from Football House in Deakin, but also to help me mentally move into the next phase of whatever I’m doing on behalf of the Board, and FIFA possibly…

I heard the other day that I was leaving to go to ‘head office’… what does that mean… ‘Am I going to FFA? Am I going to Zurich?’ [laughs]

Does that answer the question about what’s been the hardest part?

I think so. To some extent it’s being resilient, and having a thick skin. But I don’t really have a thick skin. I do take things personally. I try not to. And I try to remember what my dear Dad used to say “Don’t let the bastards get you down.”

I’m doing a job. That’s what a lot of the people in our community fail to recognise. I’m not doing this to play with somebody’s livelihood or their football experience.

I’m doing it because there’s a job that needs to be done, and that’s to improve the environment and experience for all participants. To make it truly a sport for all on a global level. That is what I love about football. It gives us such a difference over any other sport.

The world game, the round ball game. It only takes one ball to play football. That’s been quoted before, but it’s a true thing to say.

It doesn’t matter where you go in the world. You’ll see kids kicking a bunch of rags or a tin can or some kind of football, whether it’s on dirt or grass or turf or whatever. That’s what I love about it.

Personally, the fact that the women’s game has grown and we’ve still got a lot to do [has been one of the best parts].

Retired!! Quite easily retired! Putting my feet up… doing something else…

I just turned 60, so that’s another milestone. I want to spend a little bit more time with my family. My mother’s going to be 86 in March and it’s important I give a bit more time to her. She often says I work 24/7 and it’s not fair that they want me at all times.

Even having a birthday dinner last year we were interrupted by some people that wanted to talk to me about football stuff and, long story short, I ended up on the Board of the Burns Club as a result… but the Burns Club is interesting because that’s my Scottish heritage as well so I’m really looking forward to being a little bit more engaged with that kind of fun.

For the next five years I want to concentrate more on the consultancy and the mentoring, and hopefully maybe get a management consultancy with FIFA to deliver Development and Leadership courses within Oceania.

I’m on the FIFA Leadership and Mentoring Program which hasn’t been too onerous and I feel I can contribute a lot more to teaching and enabling not just women, but people from the smaller communities within Oceania about club development, strategic planning and leadership.

That’s what I’d like to do in the next few years. Travel a bit more. Spend some more time with my partner.

For the next 12 months there will be a focus on football, but beyond that, there could be a range of other things to do with Leadership and Strategic Planning, and events as well.

Along with some sadness, there’s some excitement in your voice.

There’s relief. It’s not often that I come home and I say ‘I’m done’. But I’m done… in respect to some parts of the job that is. I love the people that I work with. I love the community in the main.

But there are parts of the job that have become really quite silly. I came home the other day, after a meeting with some players, then a meeting with a club representative, and on top of everything I’m trying to get to the gym every few days which just didn’t happen. I got home at quarter to seven and thought I don’t want to do this any more. 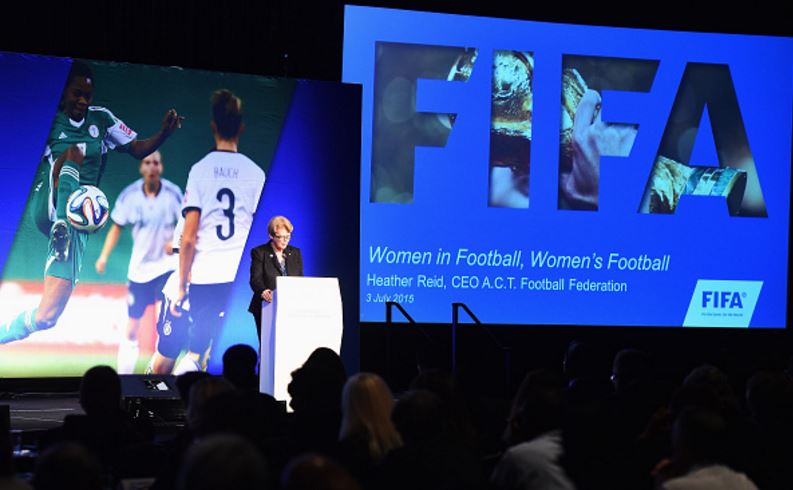 Is it fair to say you’re done but not defeated?

Even the emotion of the semi final was just cruel. Everything we put in. The players, the staff, everything we put in. I don’t think people realised that it wasn’t just the fact that we were robbed of the extra time in that game, but another week of promotion, and profile and excitement and hard work and long hours to go to Melbourne to play in the grand final.

It would have been worth it. Absolutely worth it. For the sponsors, for the Government, for Canberra. But we were robbed. And that hurt. I know it hurt the players, and I know it hurt Rae and the staff too. For me, that’s the eighth season and it’s not the first time we’ve been in that situation.

We went from the high with Jitka [Klimkova] going through undefeated, and then some bad luck with Lydia [Williams] doing her knee before the season started, losing two games in the last minute that cost us points and then a crazy loss and we didn’t make the semi-final.

"It’s hard sometimes to keep the professional brave face as opposed to the personal ‘how I really feel about this’. There’s the professional job that has to be done, compared to what I might want personally."

I’ve been through that, especially going through all of the discussions Women’s Soccer Canberra. What I was required to do as the CEO compared to what I might have wanted to do as Heather Reid were different.

That personal versus professional is there a lot, but you have to just get on with it.

I know certain people who work in government departments who hate what they have to implement – it’s totally against their personal views, but you do it because it’s your job.

I like what I do. We’ve got some flexibility and some capacity to be more empathetic and flexible in how we deliver certain things, but there are times when I have to say this is the policy, this is it. And it’s not necessarily our [Capital Football] policy as such.

We are increasingly FFA. The leadership from FFA in the last 6-8 years has just been phenomenal. Compliance, regulation, policy, you name it. Even the W-League. Everything templated, regulated. Follow this particular format…

Thank you and congratulations for your amazing contribution Heather on behalf of fans and players – I know a lot of your counterparts around the country are grateful for the work you have done.

I just want my state colleagues to also pick up the cudgel and speak on behalf of women, which they do increasingly.

They’re pretty good, but they still defer to me… ‘What does Madam Heather think…?’ they call me Madam now since ‘the medal’. *

Thanks Sarah and thanks to The Women’s Game. This is another thing that’s changed a lot… the way we can use social media and digital media to get messages across… it’s really good.

* Heather Reid was awarded a Member of the Order of Australia in 2015 as well as being inducted into the Australian Capital Territory (ACT) Hall of Fame.