The Chemist Warehouse Australian Opals have won silver at the FIBA World Cup in Spain early this morning.

The Opals were defeated by the USA in the gold medal playoff, 56-73. Liz Cambage was named in the All Star Five.

Struggling to find their offence all game, the Opals shot just 33% from the field but were buoyed by the performances of youngsters Ezi Magbegor (19 years old) and Alanna Smith (22) who brought the energy off the bench and were fearless going up against their favoured opponents.

With a team-high 10 points from Smith as well as six points and four rebounds from Magbegor, they helped the Opals to a 37-23 advantage off the bench.

Slow starts to each quarter proved Australia's downfall despite holding the USA to 35% shooting and the signs were ominous early as the Americans scored the first ten points of the game.

GALLERY: Check out the match action! 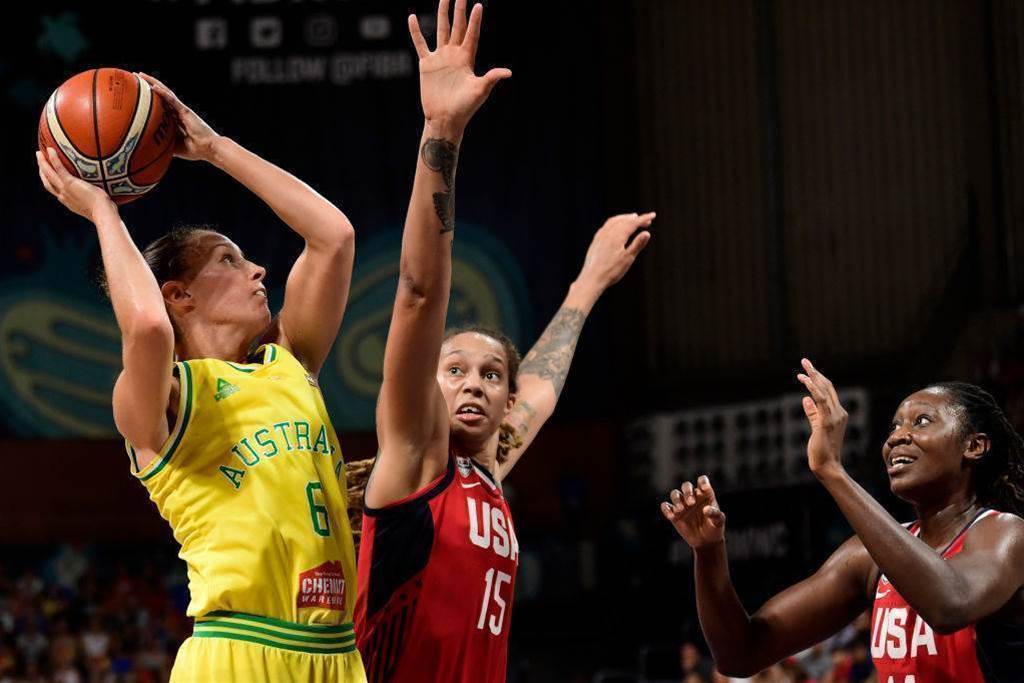 Australia missed their first seven shots as well but it was Smith who was able to settle the nerves with four quick points and two blocks.

Sami Whitcomb (three points, six rebounds, three assists) then nailed a three-pointer to help the Opals finish the quarter on a 7-2 run and trim the deficit to just five.

Australia was plagued by another slow start to begin the second period, surrendering a 6-2 run and hitting just one basket in four minutes before Magbegor sparked them by running the length of the floor for a lay-up.

While the Opals remained stoic defensively, holding USA to 25% shooting at the main break, they were out-scored by 11 from the free-throw line and nine from beyond the arc.

Despite all that, Australia remained within striking distance with only eight points separating the teams but their hopes began to dwindle when they gave up another 8-0 run to begin the third term.

Scoreless for five minutes, Alex Bunton (five points, three rebounds) broke the drought and Smith breathed some life into the Opals with back-to-back three's but Australia simply could not get the lid off the rim.

Liz Cambage exemplified their struggles, shooting 2-10 from the field but she still made her presence known with seven points, 14 rebounds, one assist, one steal and three blocks.

Unfortunately, the Aussies were unable to find an answer offensively and a back-breaking three from Diana Taurasi answered Smith's efforts from downtown as the USA took the third quarter 26-11 to decide the result.

The @BasketballAus Opals fell to the USA in the 2018 @FIBA World Cup final, but take home a well-deserved silver medal!https://t.co/4IVsnB8PMU pic.twitter.com/fbl9N13tC2

Perhaps unfairly slighted for her gold medal playoff game, Liz Cambage missed out on tournament MVP honours but was named to the All-Star Five after averaging 23.8 points (first overall) at 63% shooting, 10.8 rebounds (second), one assist, one steal and 2.8 blocks (first).

As well as the continued emergence of Smith and Magbegor, the 2018 FIBA World Cup also saw the national team debuts of Alex Bunton and Sami Whitcomb while Bec Allen, Cayla George and Tessa Lavey have won their second World Cup medal after success four years ago.