The fourth-ranked, Chemist Warehouse Australian Opals have notched their second victory at the 2018 FIBA Women's World Cup, dominating their contest against Argentina with a 84-43 win.

With Liz Cambage (24 points on 9-12 shooting) again setting the tone from the opening tip, the Opals were never bothered by Argentina and have now led for 100% of game-time in their two matches.

Their team defence was outstanding, restricting Argentina to 22% shooting from the field and 19% from inside the arc with the likes of Cambage, Alex Bunton, Cayla George and Alanna Smith patrolling the paint.

Turnovers were a slight issue with a total of 17 but the Opals only gave up seven points off them as their transition defence proved effective all night.

At the other end of the floor, Cambage scored the Aussies' first ten points including a nice reverse lay-up while she also showcased her ball-handling ability by bringing it up the floor on several possessions.

Sami Whitcomb and Ezi Magbegor then came off the bench to keep the scoreboard ticking over while Australia held their opponents to 1-14 shooting in the first quarter to move in front by 16 points.

Turnovers halted the Opals' momentum but their defence remained steadfast before Bec Allen (five points, six rebounds, four assists) got them back on track with a three-pointer.

Even with Cambage earning an extended rest on the bench, Magbegor and Bunton (six points, six boards) were dynamic under the rim and the Aussies' leading scorer then returned to the floor to push the margin beyond 25 points at half-time.

Finding no quality looks down low, Argentina stepped out to start the third quarter and drilled three consecutive three-pointers in less than three minutes to force a time-out from coach Sandy Brondello.

Their run was short-lived though and Cambage again stood in their way, scoring the first seven points of the second half for Australia on her way to 24 points in just 17 minutes.

Whitcomb (16 points, five assists) then followed with a three and Tess Madgen injected some pace into the game.

She pushed the ball in transition to find the likes of Magbegor (14 points, eight boards) and Smith (ten points, five rebounds) in the paint who were recipients of easy lay-ups.

Madgen (two points, five rebounds, four assists) then put the finishing touches on the third quarter with a basket of her own, capping a 24-2 run for Australia after Argentina had threatened to close the gap.

The Opals were able to cruise through the final term and again shared the love with 11 players hitting the scoreboard while Tessa Lavey made up for her lack of scoring with four assists and a steal.

ICYMI | @jennaohea has been named captain of the @chemistwarehouseaus Opals for the 2018 #FIBAWWC and @ecambage, @cfrannykg and @katieebzery join her in the leadership group. Before the Opals' first game last night, debutante Sami Whitcomb was presented her singlet by captain O'Hea and coach Sandy Brondello. #GoOpals #ChemistWarehouse

The Opals will now enjoy a day off before their final game of the group stage against Turkey at 8.30pm AEST on Tuesday night.

A victory in that game will ensure first place in Group B which will advance Australia directly through to the Quarter-Final. A second or third-placed finish means they will have to navigate a Quarter-Final qualification on Wednesday night. 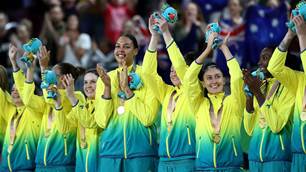 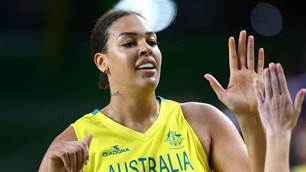