Despite being a member of the Australian Jillaroos all conquering Women’s Rugby League World Cup team last year, Lavina O’Mealey felt there is still room to improve her game.

Lavina O’Mealey took up the game in 2009 after battling post-natal depression, after the birth of her second child but the fact she made the national squad last year was a testament to becoming the best player she could be.

A few years earlier, she was frustrated after not being selected for state and national squads, but now she knows she didn’t work hard enough for it.

With a broad and beaming smile, O’Mealey told The Women’s Game the turning point came while playing for the National Indigenous All Stars team with team captain and fellow Jillaroo Rebecca Young.

The National Indigenous team has become more competitive against the Jillaroo laden Women’s All Stars team with a change of culture and attitude within the team's leadership.

O’Mealey said the turnaround came in 2015, as she had played in her fifth All-Stars game in a fifth straight loss.

“I was like I can’t do this anymore, I’ve got to put my head down,” she said.

“It was a tussle and no one had scored, but in the end (lack of) fitness got us.

O’Mealey and the other senior players including Young and Caitlin Moran had a talk about how to change the losing culture.

She asked what legacy did the players want to pass onto the next generation after they had left the jersey? 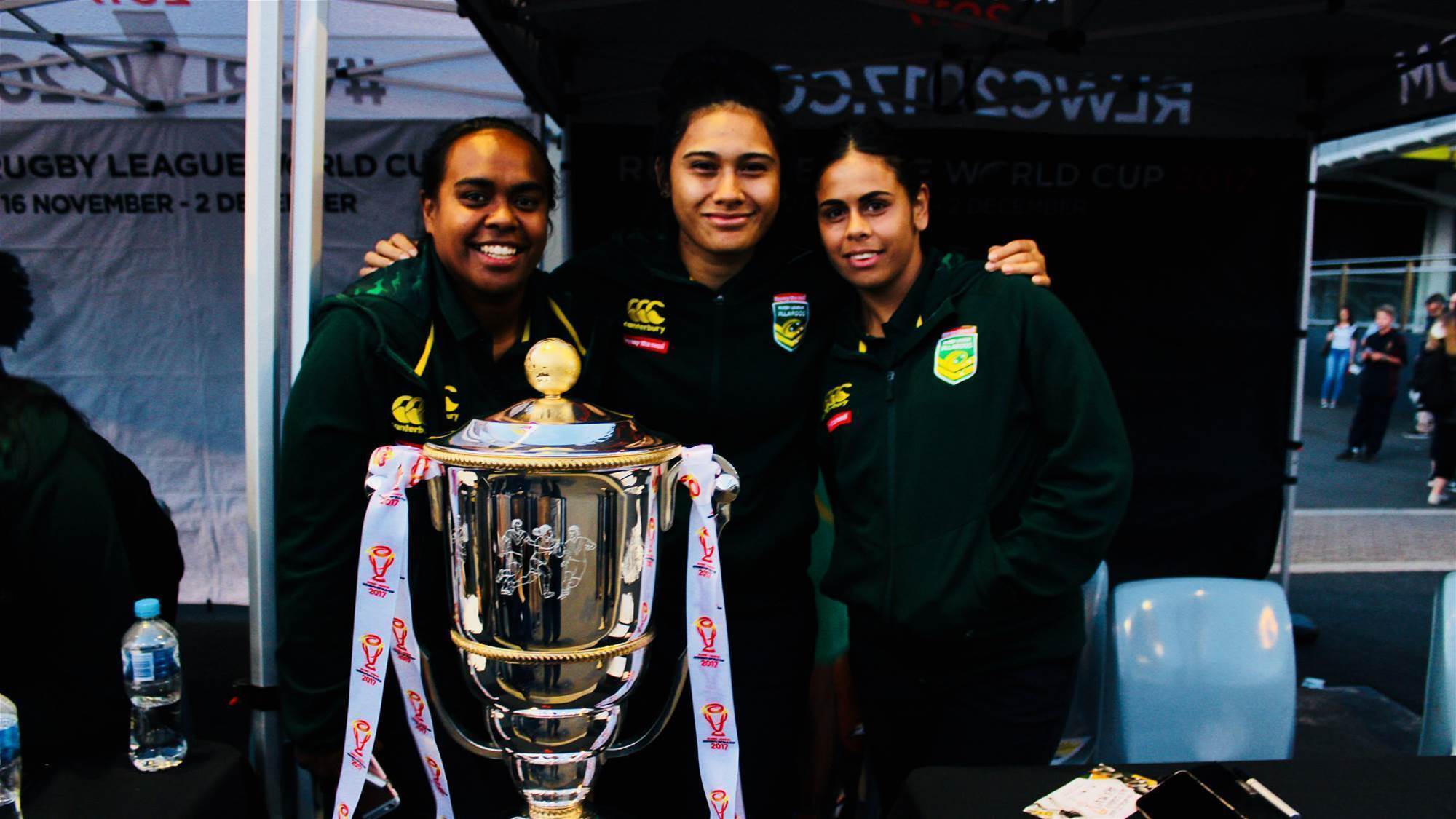 “Since then we turned it all around, (NSW) won two State of Origins, we beat the Women’s All Stars team for the first time and won a grand final, it’s been a pretty amazing year,” O’Mealey said.

“That’s the sole reason we won the game, as we had a good talk about role models needed in the area for young indigenous women and we decided to hold ourselves accountable,” O’Mealey said.

“We changed our diets, changed our lifestyles, changed the training habits and we knew we had the talent to get there, but the work ethic (previously) wasn’t as good.

“We changed it all around and the results have spoken for themselves,” she said.

Young praised the work O’Mealey had undertaken to be a better player.

“Lavina is one of the most talented footy players I’ve ever played with and against and to make the Jillaroos this year I know was a long time dream of hers,” she said.

“I fully believe in her and those small changes she made in her life are a credit to her and her family and why she has made the Jillaroos.

“She’s now the full package on and off the field and I’m so excited to be able to be a part of her journey.”

The All Stars match will take a hiatus for 2018, but the match will be back on the calendar in 2019.

It will still be a full calendar year for O’Mealey’s as her side the Redfern All Blacks have a state league title to defend.

Two test matches and the interstate clash will be played, which will be the first true women’s origin match, as previous matches have been played under residential rules.

As for the inaugural professional women’s National Rugby League competition taking place this year, O’Mealey makes no secret of the fact she wants to play for the South Sydney Rabbitohs if they are included among the six clubs.

“I bleed red and green, I’m an old Redfern girl born and bred, I love them,” she told the Daily Telegraph.

Off the field, O’Mealey is now paying forward the work ethic she instilled from her partnership with Young and her other indigenous teammates, as she works with underprivileged indigenous youth from her local community.