At this point, the trophy cabinet of the United States means they overshadow each group featuring them in tournaments. They’ve won every Olympic gold medal apart from Sydney, and come to Rio with a formidable side trimmed of retiring players, but still featuring few new names.

The group will likely see the US and France progress, leaving some spoils on offer for New Zealand and Colombia to have a shot at quarter finals.

Colombia will be hoping to make an impact in their second Olympics appearance, with the closest thing to a home ground advantage in their group.

They have improved their ranking since the World Cup, having reached their first knockout stage in the tournament. This year however they face a tougher task, and as the lowest ranked team in the group will need to exceed expectations to progress.

They will likely be relishing the opportunity to meet France again, after a surprise win over them in Canada last year.  They’ll need to be at their best.

For a team that has shed more than 1000 caps since their World Cup win last year, the United States still boasts an experienced squad and all the weight of expectations.

Head Coach Jill Ellis boasts a mixture of experience and youthful energy in the side. The side also includes the oldest player on Olympic debut, Ali Krieger who missed London through an ACL tear. Additionally, 4 new players who weren’t in the winning team last year will play in Rio.

After finishing 2015 with a loss against China, the US are unbeaten so far in 2016, and all signs point to them remaining so. Expect the usual suspects to deliver for them.

New Zealand is a side with a lopsided record. They’ve reached quarterfinals at the Olympics, but are without a win at World Cup level. They’ll need to get some points where they can to have a chance at sneaking into the knockout stage.

They fought their way to two draws in Canada last year, but are in a tougher group in Rio.  The Football Ferns have tasted victory in Brazil though, beating the host side in a friendly last year. With a number of the squad playing in the NWSL, they’ll face their biggest hurdle in the US fixture first up.  A heavy loss could set the tone for them, but a strong start would put the others on notice.

All but two of the players included in the French side for Rio were part of the World Cup squad last year that came agonisingly close to a semi-final berth.

An injury to Laura Georges in the lead up will no doubt have an impact on the backline. Georges, their most capped active player, was named in the squad before a thigh injury ruled her out of the tournament.

The pressure on France is significant, as they have struggled in tournament play when it counts. They face a tougher group than they did in Canada so it will be interesting to see them respond to the challenge. As a team they go into the tournament in good form, with wins over Canada and China. One wonders how long a loss like the one against Germany will linger with them, but they have the team to medal. 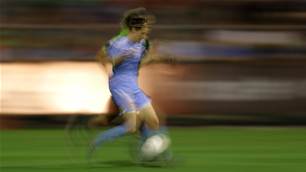