Despite there only being three games this weekend, there was some dramatic action in the NPL WA Women’s competition.

The undoubted match of the round was between unbeaten pair Perth RedStar and Fremantle City who produced a game of drama with superb goals amidst a real backs to the wall battle.

The battle of the only teams to go into the round with a 100% winning record went the way of Perth RedStar in a dramatic match against Fremantle City at RedStar Arena.

The home side started strongly and took the lead with just seven minutes on the clock as Larissa Walsh marked her 230th game for the club in superb style.

Olivia Wood got forward and aided by the visitors coughing up possession twice in quick succession, Walsh gained control.  The RedStar’s hot shot hit a rising shot which crashed in off of the underside of the bar.

Fremantle gradually built their way back into the game and levelled with 25 minutes on the clock. Siobhan Longmore won a battle on the left inside her own half despite being out numbered and played an inch-perfect cross field ball out for Jessica Darmago who beat Sarah Carroll and looped a shot into the net. It may well have deflected off of the Perth Glory defender, but Darmago deserved the goal for her skill.

However, just two minutes later, Freo were reduced to ten when Longmore was shown her second yellow card after a robust challenge on Olivia Wood.

Whilst the game remained relatively even until the break, Perth RedStar took a firm grip of the match in the second half. Fremantle City goalkeeper Dayle Schroeder kept her side in the game with three superb saves in the opening 15 minutes of the second half. Renee Leota (twice) and Coleman were all denied by the Freo custodian, but eventually the breakthrough came.

With 67 minutes played, Shawn Bilham played a long pass for substitute Leota to feed Wood. In the box, Walsh got free of Rigby and was able to turn Wood’s ball into the net.

Despite controlling the rest of the game, Fremantle got a goal back in the closing stages when Rigby’s high cross was nodded home by sub Kate Nolan at the back post.

The second goal was reward for Freo’s battling spirit, but Perth RedStar showed their ruthlessness and skill in abundance. They are now clear at the top of the table and intend to stay there.

Murdoch University Melville, the defending champions, but fielding a much changed team this season, came from behind to draw 1-1 with the strong looking Hyundai NTC side.

Murdoch started on the front foot, forcing three corners and five shots on target in the opening 25 minutes. However, it was the NTC who took the lead with half hour played thanks to a penalty.

The youngsters of the NTC gained an excellent win over Perth SC last week, and looked to be on their way to another impressive victory.

Yet, with fifteen minutes remaining, Murdoch University Melville levelled. Clara Hoarau gained possession and exchanged passes with Elysse Shore who crossed in from the left. NTC had two opportunities to clear, but Murdoch won the ball back both times allowing Nikita Strickling to turn and side foot the ball home from around 15 yards. Perth SC moved up to third place with a 2-0 win over bottom side Curtin University.

Perth started strongly and the impact of this pressure was seen with 18 minutes gone. Curtin's attempt to play the ball out from the back went horribly wrong as Megan Connop sold captain Stephanie Waycott short which allowed Perth SC's Abbey Meakins to jump into possession and square for Ella Lincoln, but the offside flag was up.

Curtin rallied and forced three corners in quick succession, but earned no reward. It was Perth SC that hit the front five minutes from half time, and it was from another poor Curtin clearance from the back.

Waycott’s ball out went straight to a Perth player on the left who lifted a pass for Meakins. Her lay-off for Ella Lincoln to smash home was classy.

Perth SC dominated much of the second period, but had to wait until 10 minutes from time for to seal the points. A long ball out to the left wing found Jaime Duncanson who squared a pass for the superb Meakins to advance and rifle a shot into the far corner of the net from an acute angle. The game between Subiaco and Balcatta Etna was postponed and will now be played on 24th July at Rosalie Park. 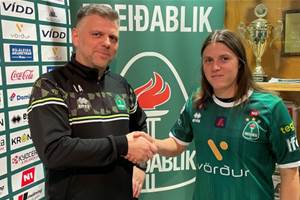 Ash Barty is returning to the world sporting stage, this time wielding a golf club rather than a tennis racquet.