Defensive duo Cassidy Davis and Hannah Brewer will be back at Newcastle Jets after the club locked them in for the new season.

Davis juggled her role as Jets Community Development Officer with player-coach duties at Warners Bay and led the Northern NSW side to their second successive WPL Grand Final.

Despite playing as a defender in the W-League, Davis finished the local league's season as the third highest goalscorer with 15 goals from just 18 appearances.

Brewer took on a mentoring role in the off-season as an over-age player with the Emerging Jets in the NPL NSW Women’s 1st grade – making 13 appearances with the development side.

Newcastle Jets W-League coach Craig Deans said he was excited to have the experienced pair back in the red and blue.

“Cass and Hannah are still young but are among the most experienced players in our side, and they were key to our success last season,” Deans said.

“They are capable, dependable players you can build a team around, they both started every single match last season and I’m looking forward to more of the same this year.

“Cass and Hannah are leaders on and off the pitch, I know I can rely on them each and every week to help push the side in the right direction.” 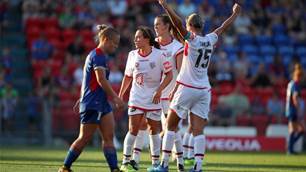 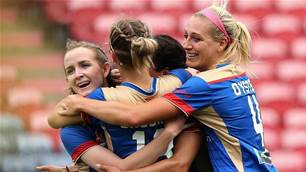