A cool, overcast afternoon in Edgeworth saw the Newcastle Jets play out a thrilling 3-3 draw with Canberra United.

A cool, overcast afternoon in Edgeworth saw the Newcastle Jets play out a thrilling 3-3 draw with Canberra United.

As the clock ticked toward the end of regulation time Ashleigh Sykes ghosted in behind the defence coolly slotting home to give Canberra United a 3-2 lead.

The pocket of traveling fans roared with delight with a vital three points looking assured. Against the odds, and the run of possession the team in Gecko Green had stolen it and were preparing to head back to the capital with all three points.

However, just when you thought there couldn’t be any more twists and turns, Jets vice-captain Tara Andrews showed that this new brand of Jets don’t go down without a fight.

In the 89th minute, Andrews rose high to meet a cross, heading home past a sprawled Chantel Jones into the bottom right corner.

It was poetic justice somewhat for a home side that did not deserve to lose after dominating the chances and possession for the most part.

As much as the Jets would have been relieved to escape with a draw, it was a match they really should have won and they would see the performance as two points lost.

The opening minutes had the Jets stamping their authority on the match and they didn’t have to wait long to open the scoring.

Lovely build up work was punctuated by a stunning Angela Salem strike from 25 meters out, flew past a full stretched Jones into the top corner.

Newcastle continued to apply pressure but were undone seven minutes after taking the lead as Canberra United level the scores.

A Sykes cross was played into an awkward area taking an unfortunate touch from Kathrine Reynolds and trickling past young goalkeeper Hannah Southwell into the back of the net.

It was an opening goal that was indicative of how the Jets time and again allowed Canberra United into the match through defensive errors or lapses in concentration.

The second turning point of the match came on 24 minutes as Michelle Heyman was able to tap home a simple finish through the fingers of Southwell.

Heyman's goal again came on the counter with United utilising their speed on the flanks to exploit a Jets defence that looked vulnerable in transition. Both these chances could have been prevented by Southwell.

As a young goalkeeper Southwell has her whole career ahead of her and this will be part of a learning curve for her at first class level.

Newcastle could also have taken their chances a little better. They had several more opportunities than the visitors and on another day could have put four or five past Canberra.

Rhali Dobson continued her goal scoring form levelling it up at 2-2 from a corner that was not properly dealt with. When the ball was delivered back into the box she was left unmarked.

For Newcastle, young central defender Cassidy Davis had another strong game and, although a natural midfielder, Davis is growing into her role and partnership with the steady Hayley Crawford.

Whilst for Canberra, Ash Sykes and Heyman looked, and were most threatening.

In the midfielder the screening and distribution of Kendall Fletcher was excellent with the American time and again closing down passing channels to allow United to launch those counters.

Fletcher's midfield partner Lori Lindsey was equally impressive as they battled against one of the best midfield units in the competition.

While the game on weekend showed many areas of the Jets' game are sound, coach Peter McGuinness has a big decision to make ahead of a tough trip to Melbourne Victory on Saturday; who will be his starting goal keeper?

Will he stay with the inexperienced Southwell or go back to Claire Coelho?

Coelho has put in some strong performances for the majority of the season including a first up clean sheet against the Victory.

Southwell, a promising 15 year old, was touted as the no.1 goal keeper at the start of the season but various young Matildas’ commitments and injury has seen her start just two matches so far.

Newcastle are on the precipice and, with the Jets four points from a finals spot, they can ill afford another loss with three games remaining.

The Jets will go into the match knowing that they have goals in them.

This combined with the fact they have defeated the defending champions already this season will fill them with confidence in their quest for the finals. 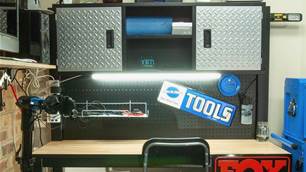