Matildas captain Sam Kerr's ability to thrive under immense expectation is being lauded by her national team coach.

Kerr is on the cusp of announcing a move to Europe, with Chelsea and six-time Champions League winners Lyon the frontrunners to snare her services.

Australia coach Ante Milicic says Kerr's capacity to perform for the Matildas amid the transfer scrutiny is praiseworthy.

"It has been a big week for Sam, not only as an individual and the captain of her country, but also the whole team.

"There has been a lot of expectations around the team ... and the team understand that we need to deliver on the field."

Kerr scored a brace in the Matildas' 2-1 defeat of Chile in Sydney on Saturday before a record crowd for a women's football international in Australia of 20,029. 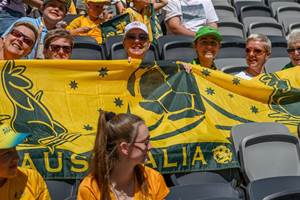 All the action on and off the field as Australia took on Chile again in the first of two friendlies, kicking off at Sydney's new Bankwest Stadium on Saturday.

Kerr will again take centre stage, in Adelaide on Tuesday, when Australia hosts Chile in a second friendly - the first time the Matildas have played in the South Australian capital in 13 years.

"I'm sure Sam and the rest of the girls are looking to finish Tuesday night's game in the best possible way," Milicic said.

"It's the first time as Matildas that these (current) girls are playing in Adelaide and that really becomes an expectation ... they need to put on a performance where the people remember this.

"And that is our responsibility every time we travel around this great country of ours."

Kerr has spent the past six years playing non-stop durng the Australian and United States summers.

"We want to continue to grow the W-League but we also want our best players to play in the best competition they can to better themselves," Williams told RSN on Monday.

"Sam has been going back-to-back for quite a number of years so now she's decided to go on to another challenge, which is great for her and helps our national team.

"Obviously we would love to see her back in Australia but at the end of the day, we want to win medals for the national team.

"Whatever we need to do to do that, that's the focus." 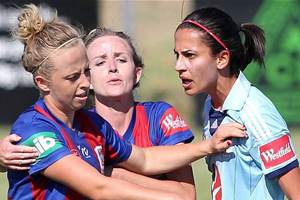