2017 saw another exodus of Australians overseas.  As with 2016 they weren't just making up the numbers with Aussies returning home with individual and team silverware and accolades.

2017 saw another exodus of Australians overseas.  As with 2016 they weren't just making up the numbers with Aussies returning home with individual and team silverware and accolades.

In the United States Hayley Raso and Ashleigh Sykes enjoyed a stellar year as they took out the NWSL Championship with the Portland Thorns.

Sykes joined the Thorns midway through the season and although she anticipated that she would have limited minutes, the Season 9 W-League Golden Boot winner soon became a key part of the Portland jigsaw.

It may have been in an unfamiliar role but Sykes took on the challenge to become a regular starter in 2017, including in the NWSL Championship match.

Meanwhile for Raso her second year at the Portland Thorns saw the forward play an integral part in the Thorns' Championship run.

From a bit part, bench player, Raso blossomed in 2017 as she added to her game and developed into a more mature player on the pitch.

As well as unsettling defences, Raso added goals and assists finishing the season as the Thorns second top goalscorer and their best offensive player with 6 goals and 3 assists.

The Thorns' supporters group the Rose City Riveters recognised her contribution by naming her their Player of the Year.

Raso wasn't the only Australian to have a breakout season in the United States.  Her Matildas teammate Sam Kerr also found a new level for her game in 2017.

After a slow start with Sky Blue FC, Kerr exploded as she produced an incredible season, breaking a host of NWSL records along the way including:

Unsurprisingly Kerr was named the NWSL Most Valuable Player - the first Australian to win the award.

In Europe, the Australians were also representing.  Emily van Egmond enjoyed a double winning season with German powerhouse side Wolsfburg.

Alongside some of the biggest names in the game, Van Egmond saw lot more game time in the 2016/17 season with more starting roles in both league matches and the German Cup.

However, in the end the midfielder departed Wolfsburg at the end of the season after two years at the club.  But she departed with three pieces of silverware in one of the best women's football leagues in the world.

Over in Norway a host of Australians including Teigen Allen, Tameka Butt, Emily Gielnik, Chloe Logarzo, Aivi Luik and Gema Simon made the move to the Toppserien.

The league chase saw mixed results for a lot of the Australian players with the best result coming for Gielnik, Logarzo and Simon whose side Avaldsnes finished the season in second place.  It was a disappointing end for the team considering they had led the league for a large portion of the season.

Putting aside the title disappointment, Avaldsnes regrouped to take out the Cup.

Several of the Australians had strong seasons including Gielnik who scored 8 goals for Avaldsnes during their league campaign.

Another player to have a strong season was Gielnik's Brisbane Roar teammate Tameka Butt.  Butt joined Klepp IL and the attacking midfielder helped the side climb six spots in 2017 to fourth place.

Back in the United States, the end of 2017 signalled the end of the NCAA College women's soccer tournament.

Australians have been steadily heading to the US to combine football and studying and in recent years more players are heading to the traditional big women's football colleges.

Between the sticks for UCLA was former Western Sydney Wanderers and Young Matildas goalkeeper Teagan Micah while lining up for Stanford was two time W-League championship winner Beattie Goad.

In the end. Stanford took out a tense final with Goad becoming the second Aussie to win the NCAA national title. 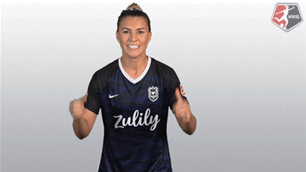