There were signs early on that this season was not going to be as much of a stroll as the last.

There were signs early on that this season was not going to be as much of a stroll as the last.

The 2015/16 season had seen the new kids on the block Melbourne City, sweep all before them on the march to the premiership / championship double.  Along the way they set a host of records and left everyone asking; could they be beaten?

The pre-season saw some big losses. Some anticipated, others not.  Kim Little, Beattie Goad and Lisa De Vanna departed the club while Larissa Crummer suffered a foot injury.  Steph Catley returned from a long spell on the sidelines after the Rio 2016 Olympics while some international players reported late to the club.

In Melbourne City's opening match they recorded a 1-0 result but it was a tight one against the Newcastle Jets.  This would be the pattern for the next couple of games as they eeked out results without, in the words of captain Steph Catley, "playing particularly well".

Then came the loss to Canberra United.

Then came the slide.

Losses to the Wanderers and Glory, draws with Adelaide United and Sydney FC and then a shock loss to state rivals Melbourne Victory saw City battling for a place in the finals.

"Look, when you start performing or not performing, and you get the results you deserve or don’t deserve, the reality is you have to get back and strip it back; back to focusing on the basics," said Jessica Fishlock.

"That is something that we just had to keep doing."

"We had to keep going from game to game and stripping back and looking at the mistakes we were making, things that were going well, focusing on ourselves, working for each other and believing."

“Once we lost one game it was a very unfamiliar feeling for us,” said midfielder Amy Jackson. “We have sort of got our momentum back, our desire back.”

Going back to basics meant that the football wasn't always pretty, it meant that player positions weren't always conventional and that team spirit was not always harmonious.

"I think the sign of a good team is figuring that out. Working around that and using your squad to still get the results and where you want to be."

"We asked a lot of girls to do things that were not their natural thing but sometimes it works and sometimes it doesn't. Thankfully the girls have done really good job of taking on the roles and new positions and have done it really well." 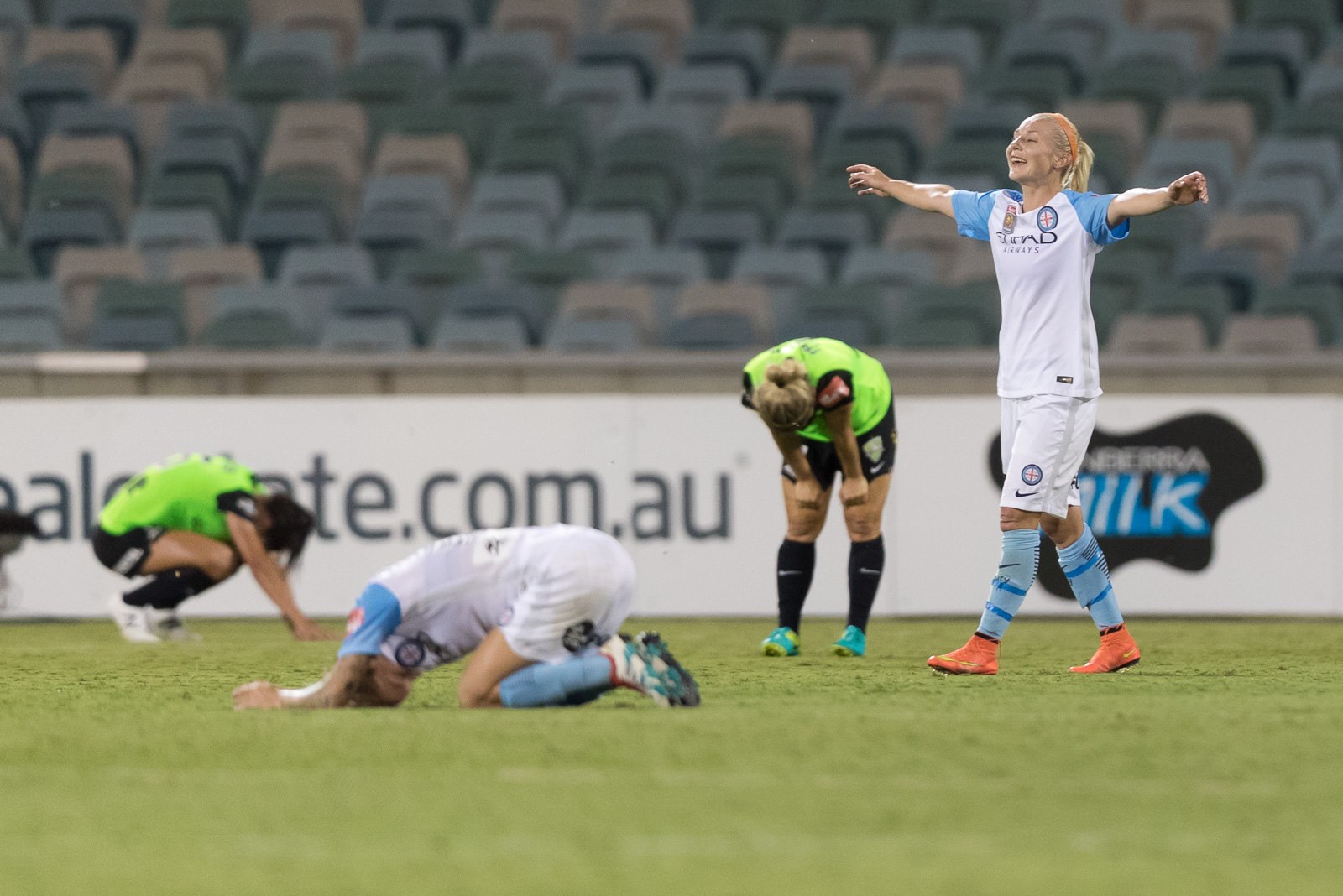 Late in the season, with their title defence on the line, it began to come together.  First a stuttering win over Brisbane Roar, then a confidence-boosting, finals-clinching win over the Newcastle Jets away from home and finally a fighting win over Canberra United.  A win where for large parts of the game City had their backs to the wall and were under siege.

“I think it was desire and we actually played with heart, which I haven’t seen the team do since we did lose our first game,” Jackson stated.

"That is basically what we just had to keep doing was believing," said Fishlock.

"Believing in who we were, what we were and what we were doing. We turned it around and that is not an easy thing to do. The girls have to take full credit for that because they could have easily just imploded but they didn't."

"We are still here. We are at the grand final which was our big aim at the beginning of the season."