In the case of the Matildas defence, not only can they save a game but also they can win the game.

In the case of the Matildas defence, not only can they save a game but also they can win the game.

They only allowed three goals past them in the qualifying stages for the Olympics and will look again to put in a similar effort in their group in Rio.

These are the Matildas defenders for the Rio 2016 Olympics.

At the tender age of 17, Polkinghorne made her Matildas debut in 2006 and has continued to be a constant presence in the national side for the past decade. Gifted both on and off the field with a degree in Psychological Science and Criminology and Criminal Justice, the 27-year-old has helped her side steadily rise up the women’s rankings. She will approach 100 caps for Australia when she makes her debut at Rio.

Her leadership at club level both as a captain and player has seen her win two premiership and championship with the Brisbane Roar. Despite not playing a match in the 2015 World Cup because of a thigh injury, she is hoping to continue a strong presence in the backline and bring a gold medal back to Brisbane.

In 2010, Alleway made her debut for the Matildas as a substitute against DPR Korea in a friendly before the AFC Asia Women’s Championship. Her height has an advantage in the defensive line over her opposition and her speed helps to cover positions when the ball if overturned. She played in all of Australia’s five games at the 2015 Women’s World Cup for a total of 443 minutes.

After playing three years with the Brisbane Roar it was time for a change and she headed down south to Melbourne City. In the first year the club won the premiership and championship. In the off-season, Alleway and Melbourne City teammate Steph Catley joined Orlando Pride.

The versatile and classy central defender made her debut for the Matildas against New Zealand in 2012.

Raised in Western-Sydney Kennedy is another young player who has developed under the guidance of Stajcic while at Sydney FC and continued into the national team. Kennedy has a great defensive partnership with Laura Alleway, which has helped the team grow in confidence at the back.

She started her senior career at 15 years of age with Melbourne Victory after the talented youngest played in the Football Federation Victoria’s Victorian Champions League program. Catley predominantly played in the midfield in her younger years but made the switch to defence in 2011/12 season. In that season she won Female Footballer of the Year and then made her debut for the senior national team in mid-2012 against New Zealand.  At just 22, Catley's accolades are plenty; two W-League championships, a W-League premiership, 2013 and 2014 FFA Young Player of the Year and 2013 and 2014 W-League Young Player of the Year.

She played every minute in the left back position during the 2015 FIFA Women’s World Cup. Soon after the defeat in the semi-finals, Catley was named as one of the footballing stars on the cover of Australia’s edition of FIFA 16 and was the first women to appear on the cover of an EA Sports video game.

She nearly quit football to fulfil her Olympic dream in athletics but at the age of 12 she change her spikes for studs. Carpenter will be one of the youngest team members in the Australian Olympic team and was the first millennial, male or female, to represent an Australian senior national team. She made her debut about six months ago in the Olympic qualifying match against Vietnam.

She joined her current club, the Western Sydney Wanderers, in September 2015 at 15 years of age. The youngest caught the eye of Matildas’ coach Alen Stajcic with her impressive work in defence. While she is the youngest on the team it could be one of the biggest experience in her life.

Wanderers captain debuted for Australia back in 2007 but had to wait for almost close to a decade to gain another look at the national team.

In that period, the central defender carved out a W-League career winning a championship and premiership with Canberra United before heading to the newly formed Wanderers. 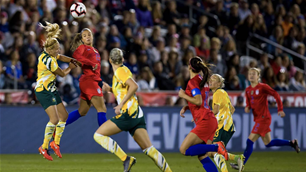 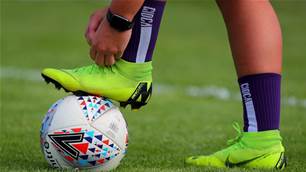