It was a special match for Carlton teenager Abbie McKay as she stepped out onto GMHBA Stadium on Saturday afternoon.

The 18-year-old made history in her debut against Geelong as she became the first father-daughter draft pick to play in the league.

McKay is the daughter of former Carlton captain Andrew McKay, who played 244 senior games and was a member of their 1995 premiership team.

Wearing the No.5, just like her dad, McKay said being able to make her debut was an awesome experience.

“It was an awesome experience,” she told Carlton media after the match.

“It wasn’t the result we were after, but it felt really awesome to be out there.”

However, the match was one the Blues would have wanted to have gone differently as they went down by five points to the Cats.

It was a fierce contest between the two sides from the first bounce as McKay started on the interchange bench.

Despite being nervous heading into the game but the youngster went on to collect seven disposals.

“There were definitely a bit of nerves to begin with. I started on the bench and you can’t be out there which gets a bit nerve-wracking,” she said.

“Once I was out there, the nerves left instantly.”

Carlton has won just one game this season but still sit within reach of the top two spot in conference B with three games left.

McKay said there was a lot for the Blues to learn and build on, coming away empty-handed from a game which they dominated in the second half.

“We could’ve capitalised on opportunities but things didn’t go our way. We just weren’t good enough.

“We’ve got to capitalise on those opportunities in the forward half and stay composed with the ball. When we start losing we need to stay calm.”

Up next for Carlton is Collingwood at Ikon Park on Saturday March 2 from 7:15 PM AEDT. 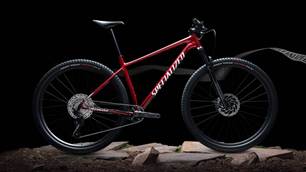