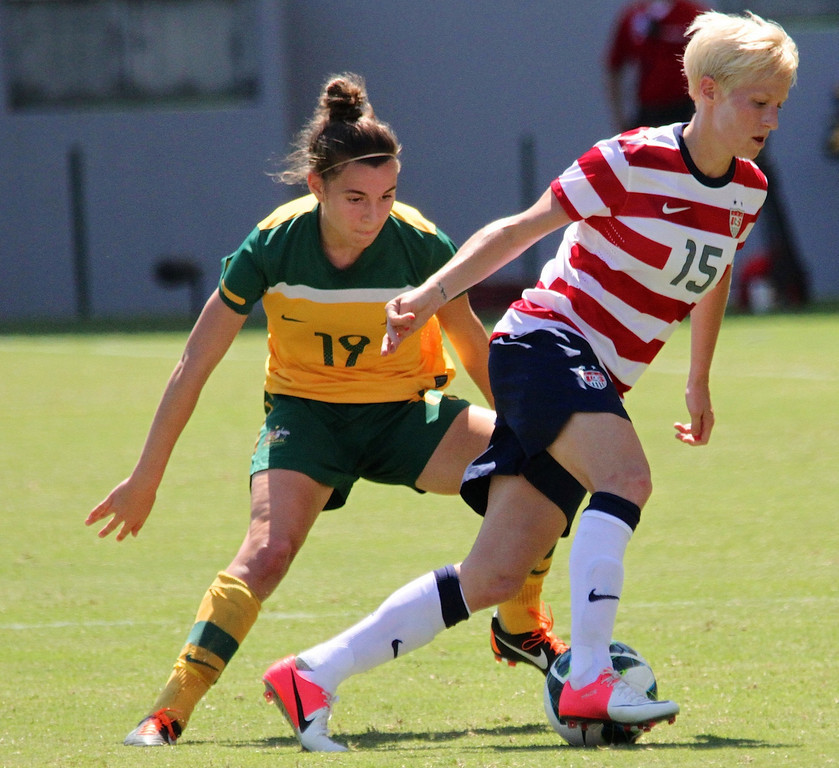 In the works for the last couple weeks, and announced by US Soccer this morning, the match will be played at the Alamodome and will be a big test for Head Coach Hesterine de Reus' world no 8 ranked team.

“It’s fantastic for us to have the opportunity to play against such a top team as the US Women’s National Team,” said de Reus.

”The main purpose of the match is to get valuable game experience into the players as we head into a very important 12 months.

“We will have 5 days of training in Texas before the match, so the players will need to do extra work prior to leaving Australia and create their own training environment in the lead-up to ensure that they are ready for the match."

“The US Women’s National Team is a very tough, mature team whilst we are younger with less experience at international level so this will be a very good challenge for us,” concluded de Reus.

For Sermanni it will a chance to catch with a team he led to two FIFA Women's World Cup quarter finals in 2007 and 2011 and the 2010 Asian Cup title.

“It’s always a special occasion when you come up against a team you were formally involved with, especially if it was significant as was my tenure with Australia,” said Sermanni.

“It will be very interesting to be on the other side knowing the ability and the character of the Australian team. I know it will be a difficult game.”

TheWomensGame has also learned that a second match is in the works with Mexico.