The Matildas are back in action next week with what should be two intense and competitive games against Brazil.  Both matches will be played on Australian soil at Western Sydney's Commbank Stadium and will mark the return of the Matildas after almost 600 days abroad.

For the upcoming camp and games, Matildas head coach Tony Gustavsson has continued his tendency of bringing in a mix of seasoned veterans as well as promising youth.  This 23-person squad has several changes from the previous September camp when the Matildas played the Republic of Ireland.

Emily Gielnik, Hayley Raso and Chloe Logarzo will miss this camp due to injury as will Elise Kellond-Knight who was only brought in last month for assessment.  Ellie Carpenter and Caitlin Foord are now back after having been absent with injury in September.

Karly Roestbakken makes her return to the Matildas squad for the first time since April, having been out with a long term injury that ultimately ended her Tokyo Olympic prospects.

Four players present in September were not invited back: Amy Harrison, Winonah Heatley, Jenna McCormick and Indian-Paige Riley.  A new player is being brought in:  Bryleeh Henry.  It is the first senior call up for the Western Sydney Wanderers forward.

Gustavsson has brought in and tested a number of new players since the start of his tenure as head coach earlier this year.  In total, he has invited 55 different players into senior camps.  Henry's inclusion this October will bring the number of Australian women included to 56, 16 of whom were first time call ups. At present three players in this 23-woman camp have yet to make their debut: Henry, Jamilla Rankin and Remy Siemsen.  If one did so in the upcoming Brazil matches, it would be the first time since 2012 that more than 10 new Matildas were capped in one calendar year.

This introduction of increased competition and new blood is due to Gustavsson's search for more depth in the Matildas squad and his preparations for the future. Getting there right mix of future-proofing, competition and winning are the head's coach current objectives.

When addressing the upcoming Matildas games and his long term objectives, the Matildas head coach stated:

"I said going into the September camp when we played against Ireland that we changed from performance mode in the Olympics to preparation mode.

"It is all about preparing now.  That does not mean that we are not going to step on to the field not trying to win.  We are always going to try and win the we play every single game.

"We are not going to try to win at the expense of our preparation."

Gustavsson also added:   "We also need to look at this as a long run towards World Cup 2023.  That means we need to be patient.

"We can't expect a debutant coming into the camp to be ready the first time they come in, but we need to expose them to the Matildas' environment to get them ready to '23.

"And also to scout them in our environment, to see who can bounce and thrive under that high international tempo that we have in the Matildas.

"It is all about now who can reach their full potential come '23.  It is now just about who is the best, it is who can become the best.

"We are looking at 2023 in all the decisions we are making right now."

The following is the full squad list for the upcoming October camp and Brazil home series:

Both games are being held at CommBank Stadium, formerly Bankwest Stadium, in Western Sydney.  The match will see an increased capacity to 22,500 spectators.  Should either match sell out, it would beat the previous home Matildas record of 20,029 fans recorded against Chile in 2019. 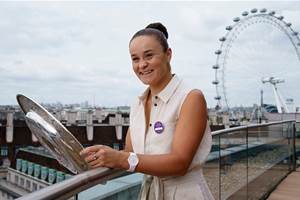 The 25-year-old is days away from her 100th week on top of the women's rankings.

Both games will be broadcast live and free on Network 10 with coverage simulcast on 10 Play. 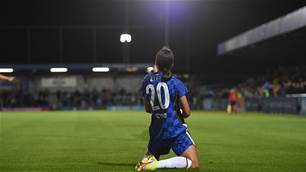