The Matildas came out in force to thank the Campbelltown crowd for getting them through another match in tough conditions (their second in a few days) in sterling fashion.

Most of the praise was directed at a certain maiden hat-trick hero, who insisted that she didn't care as long as the team won...but they always say that, don't they?

Thank you Campbelltown 💙 Such a special moment to play in front of my family and friends, in my hometown. The girls were amazing as always tonight!! @Em_surf ⚽️⚽️⚽️!? FLAMESSSSSS. https://t.co/Cgfw5CzxzX

We're not surprised she was getting praise - how about this Zidane-like effort from van Egmond?

Emily van Egmond or Zinedine Zidane?! 🤔@TheMatildas' hat-trick hero almost had a fourth when her Zidane-esque volley struck the crossbar...https://t.co/RYJQhA9VeP

But Karly Roestbakken, despite not getting on the scoresheet, perhaps boasted the proudest praise of all.

Caitlin Foord had a tough night in front of goal, rifling a couple of beauties off the woodwork. But she wasn't letting it get to her.

There were also a few choice fan moments to choose from. The Matildas version of WAGS, perhaps?

maybe this can be the nickname of male partners of Matildas.
(📷 David Bateman) pic.twitter.com/RAhKJHWFtP

Scariest things in Australia; Magpies, snakes and Ellie Carpenter on the attack #THAvAUS

Oh, and here's one that's right up our alley.

All the banners and signs that security in the country don't let into stadiums, yet they let in ones with "Matilda's".#THAvAUS 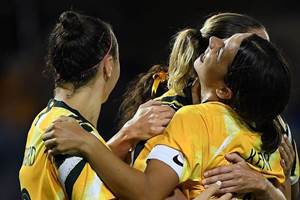 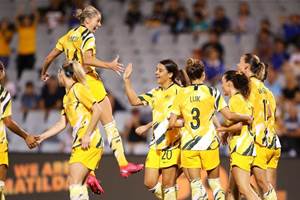 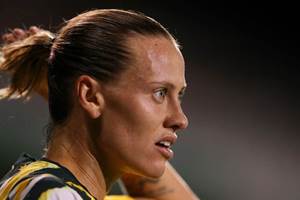 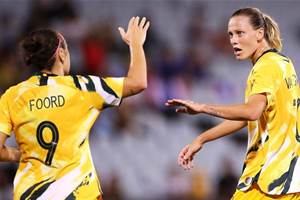 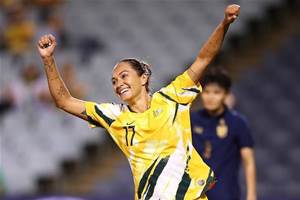 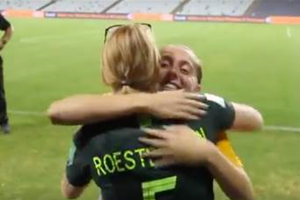