McNamara, 19, went down in tears after a seemingly innocuous incident in the 73rd minute of City's 2-1 win over league leaders Sydney FC on Sunday, and was helped off the pitch three minutes later.

She had previously overcome a horror injury run, including a ruptured ACL as a 15-year-old, to emerge as one of the ALW's brightest stars and made her Matildas debut at this year's Asian Cup, earning three caps.

The injury news we were dreading.@MelbourneCity have confirmed Holly McNamara has ruptured her ACL in her left knee.

"Extremely grateful for the support I've received and can't wait to be back.

"Looking forward to watching my teammates smash it for the rest of the season."

McNamara has scored four goals and delivered a further three assists in her debut season, with her injury a massive blow to City's silverware hopes.

"It probably would be better to lose the game and not lose the player," coach Rado Vidosic said after the match.

"So it's a bit disappointing from that point of view."

City currently sit second and two points behind leaders Sydney, but have a game in hand. 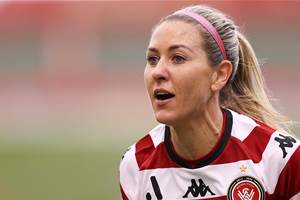 A snapshot of round 12 of the A-League Women season where Melbourne City beat Sydney FC and Perth Glory beat Melbourne Victory to stay in the finals race. 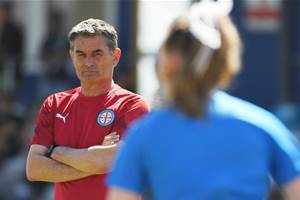