Our Portland Thorns Matildas title tilt is taking shape with a win over North Carolina and a former W-League player and sister of Socceroo Matt Spiranovic is tackling the best in the UEFA Women's Champions League.

In NWSL action Sam Kerr's Chicago Red Stars are inching closer to the title after overtaking Portland Thorns with a 1-0 win over Washington Spirit.

Kerr played a full match and Mackenzie Arnold was an unused sub. Meanwhile Amy Harrison played the first half and Elise Kellond-Knight played 87 minutes for Spirit.

Chloe Logarzo was absent due to injury.

Clare Polkinghorne was back in action for Houston Dash as she played a full match while Kyah Simon played 12 minutes off the bench in her sides 1-0 win over Alanna Kennedy's Orlando Pride. Kennedy played a full game in midfield while Emily Van Egmond was absent.

Steph Catley played a full game and kept another clean sheet against her Matildas teammates Hayley Raso, who played a full match, and Caitlin Foord who played 23 minutes off the bench for Portland Thorns. 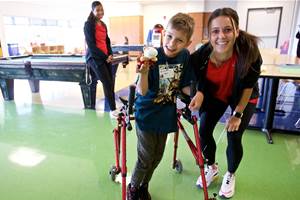 Heartwarming Raso inspiring NWSL on and off field

Steph Catley also played another full match in a 3-1 loss to Utah Royals.

Earlier today, Caitlin Foord played the first half and Hayley Raso replaced her as Portland Thorns went top of the NWSL with a 2-1 win over North Carolina Courage.

In Croatia, Laura Spiranovic played the first half for ZNK Split in their UEFA Women's Champions League qualifier loss to Minsk. Spiranovic's side lost 2-1.

In Norway Tameka Yallop played a full game for Klepp IL as they were defeated 3-2 at home to IL Sandviken.

In Spain Alex Chidiac got underway in her first pre-season friendly for Atletico de Madrid Femenino, scoring in a 12-0 victory over Pozoalbense.