She's earning gushing plaudits for her performances on the pitch as Portland Thorns vy neck-and-neck with North Carolina Courage and Samantha Kerr's Chicago Red Stars for the NWSL title.

But when Raso met eight-year-old Portland Thorns fan Rohen during a hospital visit in July, she won the hearts and minds of the entire league, forming a strong connection with the youngster and inviting him to a Thorns game later in the season.

There the two posed for photos and exchanged Thorns memorabillia, the resulting images earning immense praise from NWSL fans on Twitter. 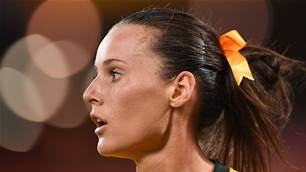 Big opportunity opens up for Raso at Everton