In hot sunny conditions at Winnipeg Stadium a spirited Australia defeated Nigeria 2-0 with a Kyah Simon goal on each side of the half.

In hot sunny conditions at Winnipeg Stadium a spirited Australia defeated Nigeria 2-0 with a Kyah Simon goal on each side of the half.

A balanced game in possession, the fight for points in the challenging Group D was evident as both Australia and Nigeria went on the attack.

Nigeria clearly learning from their 3-3 draw with Sweden were able to limit Australia to fewer corners. However set piece plays were a clear strategy for Australia with multiple short ball style corners and free kicks.

But it was in defence that the Matildas really shined.

Nigerian forward Asisat Oshoala went on an early run at Lydia Williams but versatile defender Steph Catley was able to get a body in front of the striker to draw a foul and stifle the danger.

Williams on her 2015 tournament debut was solid when required, in particular when sweeping the box and getting down low to trap balls in behind.

First shot on goal from Nigeria came at 20th minute via captain Evelyn Nwabuoku who found space at the top of the box but it was not enough to beat Williams.

Australia broke the drought at the 29th minute when a tenacious Katrina Gorry won the ball in midfield and let loose De Vanna who beat three players to cleanly pass off to Kyah Simon. Simon with a delightful diagonal run finished cleanly.

Nigeria looked to respond quickly pushing forward with Oshoala, Franciscan Ordega and Ngozi Okobi but the Matildas stood strong closing out the first half in the lead 1-0.

The second half opened with Gorry placing a clean header on target but the Nigerian goalkeeper Precious Dede caught it square.

A more conservative Nigeria were missing the counter attack sting they showed off against Sweden. Perhaps tired legs were the concern as the subbing of two players 10 minutes into the second half seemed to revitalise them.

The 55th minute saw Nigeria settling in and Oshoala was gifted a volley tap-in from a deep Nigerian cross but she shanked it wide despite minimal defensive pressure.

A moment she rued when Simon flicked in a cross that went untidied by the Nigerian defence. Simon's 68th minute goal putting Australia in the calm position of being 2-0 up.

The goal also a big moment for Simon who makes history with another World Cup brace after slotting two against Norway in Germany 2011.

A controversial off-ball incident late in the game drew gasps from the crowd (and lit up social media) as Ugo Njoku elbowed Kerr in the face, unseen by the referee.

Kerr was grounded by the blow and clearly shaken but her return to the field appeared to only strengthen the Australian resolve.

The fulltime whistle was blown (a few minutes early by many accounts) however the 2-0 scoreline looked unlikely to change as the game wound to a close.

Australia secured a clean sheet against a Nigerian side who happily put 3 goals past Sweden last round.

In an incredibly competitive group Australia were confident and calm in taking all the points from the African champions.

The next challenge will determine the group standings as Australia take on Sweden in Edmonton on 16th June at 10am (AEST). 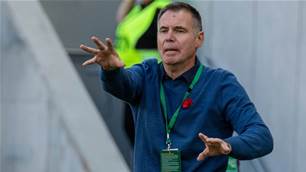