For the first time in 12 years, the Matildas will participate in an Olympics women's football tournament.

For the first time in 12 years, the Matildas will participate in an Olympics women's football tournament.

The opening match against Canada will be the culmination of a 4 month preparation that has included the last three weeks in Brazil with the full 20 player squad.

"From a team perspective we needed to come here early due to the weather back home in Australia being the middle of winter and also the 13 hour time difference," said head coach Alen Stajcic.

"Really it took the team somewhere between 5-7 days to get over that. I'm sure it will be beneficial come the end of the tournament.

With an average age of 23.67, Australia enter the tournament as the youngest squad.  In historical title terms, it is a squad that is probably at the beginning of their "championship window" with the next four year cycle moving this group into that key 25 - 28 title winning age group.

Despite its relative youth, this is squad is one with plenty of experience already under their belt.

"They may be young but they are experienced," Stajcic stated. "Many have been to more than one World Cup already and more than one major tournament.  They have played in enough big matches to be ready for an occasion like this."

The Matildas enter the encounter ranked no. 5 in the world, their highest world ranking, but it is the first time that an Australian side has been in the conversation in regard to a podium finishes at the two big tournaments; the World Cup and Olympic Games.  Around them are a host of nations breathing down their neck including Sweden, Brazil and Match Day 1 opponents Canada.

"That fact that people are even talking about us as a medal contender shows that we are close [to being a world class team]."

"That is a lot of talk but now we have to walk the walk and show that we are really one of the top nations in the world, which I believe we can be with the talent that we have got in the team."

Alen Stajcic is set to have a full complement of players to choose from in the opening match.  With his record for the unpredictable, it means that the possible combinations for the opening match are plenty with formations and personnel all up in the air.

Four years ago midfielder Diana Matheson wrote herself into Canadian history with a late goal to capture the bronze medal for the Canadians at the London 2012 Olympics.  Matheson is to Canada as Katrina Gorry is to Australia; a dynamic and influential midfielder who appears to cover every blade of grass on the pitch.  Matheson is the key part of the Canadian's engine room and her battle with Gorry could have a significant impact on who comes out the victor.

Where Caitlin Foord will start is anyone's guess such is the versatility and flexibility of the 21 year old.  In recent months, she has returned to her striker roots with positive effect.  However, it is in her traditional right full back role that Foord has been most effective for Australia in international tournaments.  Foord's quick mind and even quicker feet is set to cause problems for Canada no matter which end of the pitch she starts.

This is a contest between two evenly matched sides.  However in saying that, both these teams play in the style of their confederation.  Australia with the technical and possession based game and Canada employing a high tempo style with the ability to hit on the counter attack. 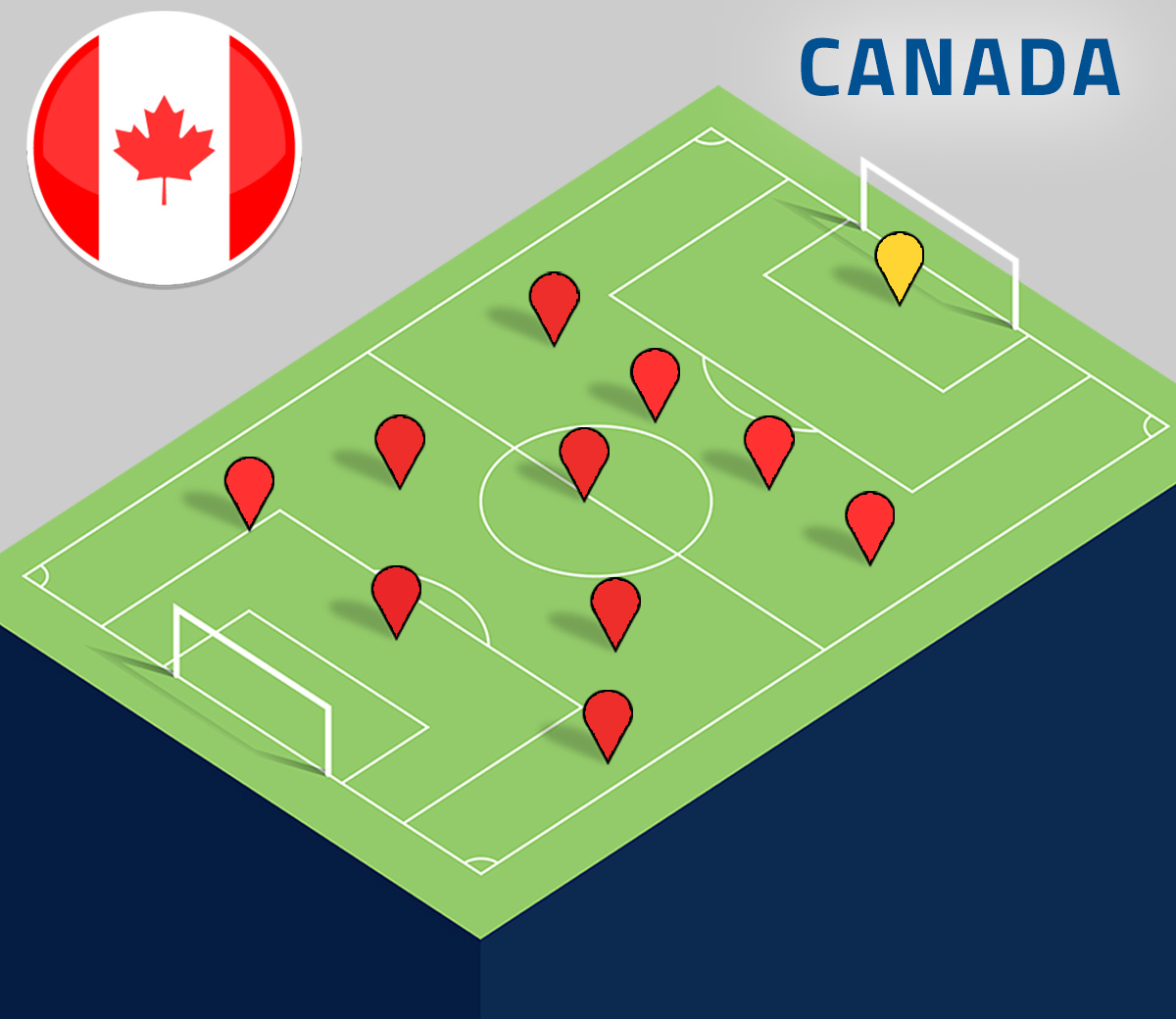 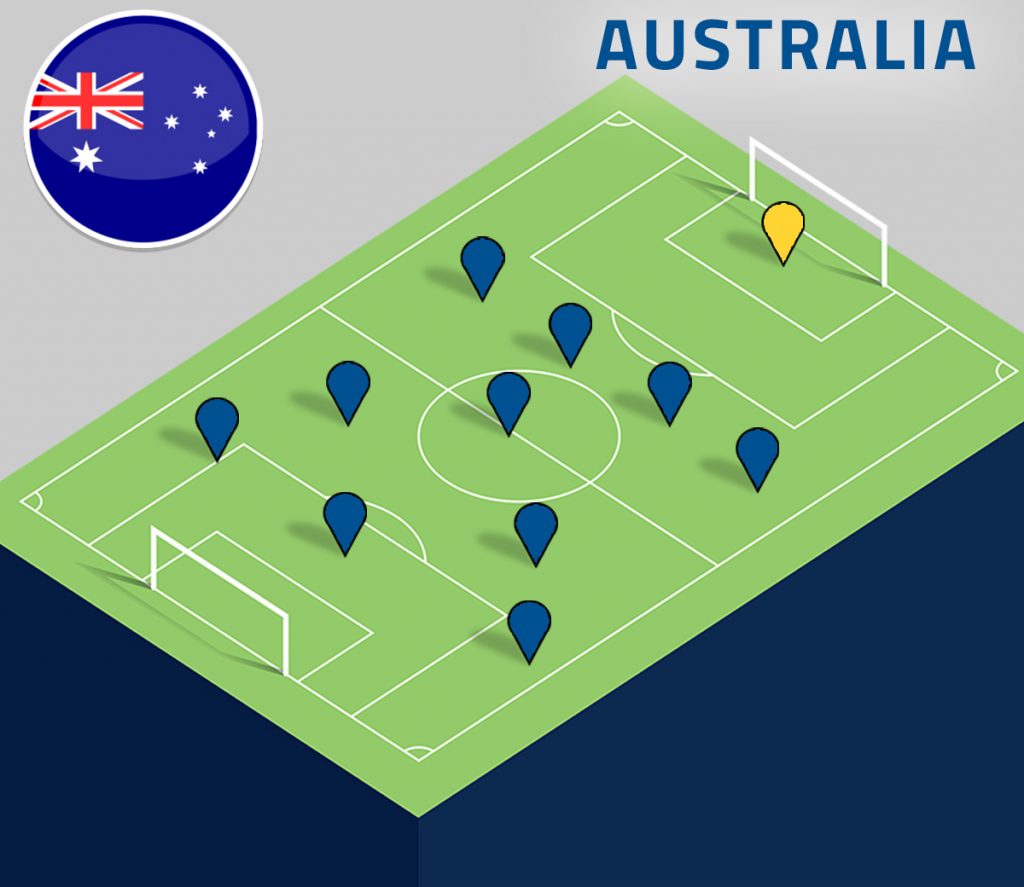 "They are the reigning bronze medallists from the last Olympics.  They didn't win the medal by fluke.  They played France last week, they lost 1-0 but I watched the game and for me they were probably the better team."

"We are certainly not underestimating them.  They are a good team with good players all around the pitch and in Christine Sinclair they have a bit of "x-factor" around them."

Australia have the pace to be able to hurt Canada on the wings but the Canadians have the ability to control the ball centrally and feed the clinical finisher Sinclair, the second all time highest goalscorer (162 goals).

Both nations have a number of Olympic debutantes and with emotions running high, the team to settle first could find themselves with the advantage.

For Canada, the experience of their senior group could prove pivotal with much of that experience at the key end of the pitch.

For Australia it will be about how quickly they can move into their stride and if they can execute to the same degree as the AFC Women's Olympic Qualifiers.

"This team certainly has the capacity to beat any team in the world on our day.  Our job is to be as consistent as we can throughout the tournament and get to those final series and be at our best possible shape."