Western Sydney Wanderers bounced back from a Round 1 loss with a nail biting 2-1 victory over Adelaide United on Friday night at Marconi Stadium.

Western Sydney Wanderers bounced back from a Round 1 loss with a nail biting 2-1 victory over Adelaide United on Friday night at Marconi Stadium.

The Wanderers started brightly, and opened the scoring after 13 minutes when Lo’eau LaBonta fired home from the edge of the penalty area.

Adelaide responded well to going behind and equalised midway through the first half after a debut goal from Makenzy Doniak.

The first hour of the game was evenly balanced, but then Western Sydney took control in the closing stages, finally grabbing a winner in the 91st minute thanks to substitute Rosie Sutton. 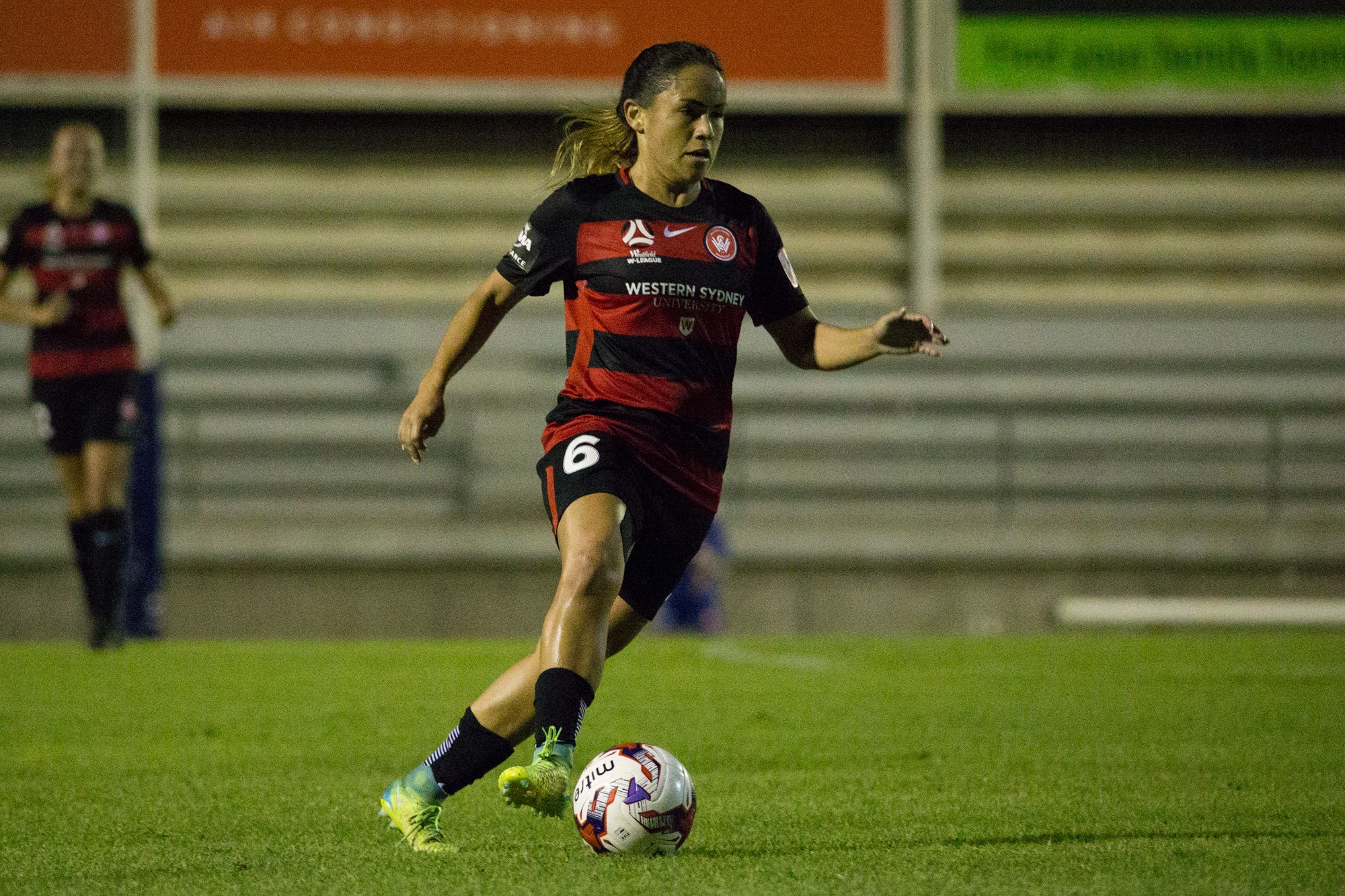 Lo’eau LaBonta followed on from her debut last week with another excellent game in central midfield. LaBonta displayed a good range of passing, and was also able to get forward to support the attack.

Marlous Pieëte was impressive on the left wing, combining well on several occasions with Lee Falkon, who played as a centre forward but would often drift out wide.

At the back, Jada Whyman put in a solid performance after returning from Young Matildas duty. Whyman was comfortable when dealing with high balls into the penalty area, and she also distributed the ball well.

The Wanderers displayed a clear preference for playing out from the back and retaining possession, although they did cause their fans some nervous moments with a few errant passes, as well as missed opportunities to clear which led to Adelaide’s equaliser.

Rosie Sutton came off the bench to good effect in the final half hour, working hard to harass the Adelaide defence and showing her goalscoring instincts to grab the winner. 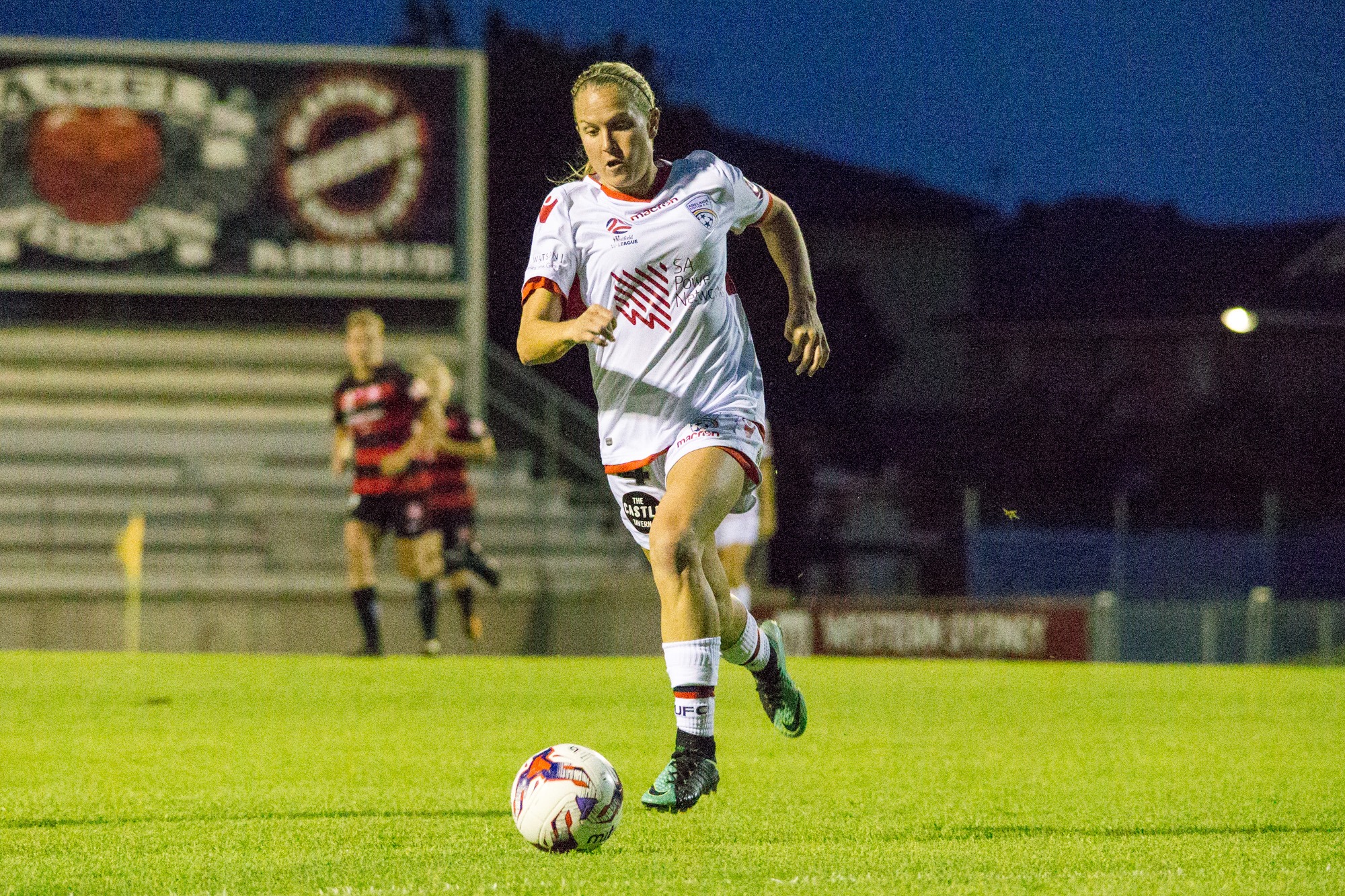 Eliza Campbell was brilliant in goal for Adelaide, displaying the kind of form that earned her a call-up to a Matildas training camp in July. Not only did Campbell make several good saves, she also handled crosses well and was quick to deal with through balls behind the defence.

Up front, Makenzy Doniak had a great debut performance and she will excite the Adelaide fans with her willingness to run at defenders.

The Adelaide back three was generally solid throughout the game. Despite only returning from Iceland a few days earlier, Jenna McCormick did well, making a number of good covering tackles and also blocking dangerous shots.

However, the Reds will be disappointed to have conceded two goals from set pieces. LaBonta scored when a corner wasn’t properly cleared, and the winning goal came after Adelaide didn’t react quickly enough to Kahlia Hogg’s deflected free kick.

Fatigue appeared to be an issue in the closing stages, as Adelaide dropped deeper and conceded a number of free kicks near their penalty area. There may also be injury concerns for their upcoming matches, as Emma Checker requested a substitution with a few minutes left, while Emily Condon was helped off the field after the game.

Despite the loss, there is plenty of promise for Adelaide, and they will get stronger in attack when 2017 PFA Young Player of the Year Alex Chidiac comes back into the lineup.

Both teams will be in action next Friday night. Western Sydney Wanderers return to Marconi Stadium to face Brisbane Roar, while Adelaide play their first home game of the season against top-of-the-table Perth Glory.