Brisbane Roar has returned to the top of the ladder, after defeating Adelaide United at Marden Sports Complex in a thrilling 2-4 match.

It was a stark contrast compared to when both teams first met at the start of the season, with Hayley Raso scoring the only goal in that match.

One would think the hot and stifling conditions of the day would call for a slow game, but it was goals galore down south. 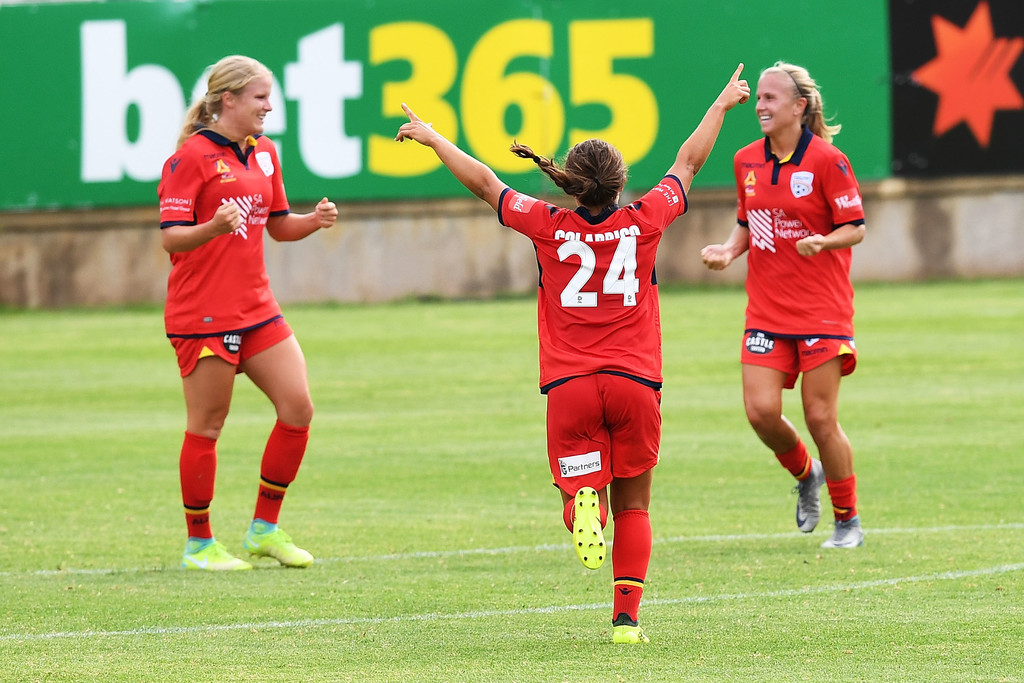 Up until the hour-mark, Adelaide looked like they were the team fighting to keep their top spot in the league. The play was mostly dictated by the Reds and another huge upset was forthcoming until the visitors dug deep to come back and defy a 2-1 goal deficit.

American import Katie Naughton was crucial in the holding midfield role. She allowed fellow midfielders Colaprico and Chidiac to roam higher up on the park providing more support to the attack line and would drop deep to be a fifth defender to stop the Roar players in their tracks.

The stand-out player for the home team was Emily Condon. She was immense on the wings - bravely taking on Roar defenders like Clare Polkinghorne, making smart runs and even assisted with Doniak’s goal. She was rewarded for her efforts with a header of a goal, after her initial volley bounced off the crossbar.

Despite the bright start and brave fight, Adelaide’s weaknesses – unfortunate deflections and conceding goals at the dying minutes of the game – haunted them again.

We fought so hard and we hang on for the entire game, just to get unlucky at the very end,” she said. 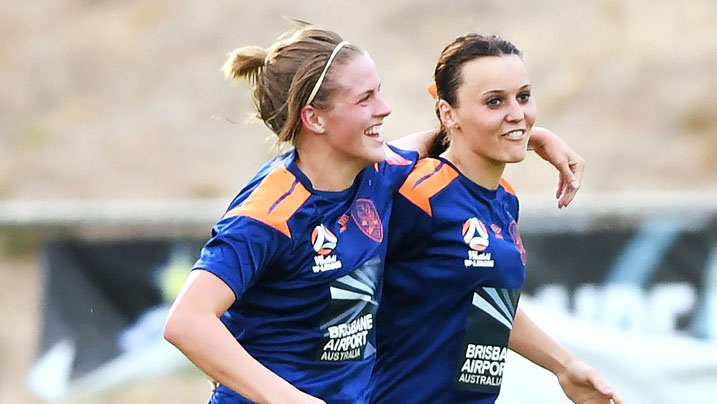 It takes a special something to grind out a win in hot conditions the way Brisbane Roar did.

They are not on the top of the ladder for nothing.

“It’s really exciting for us to come out there, be down goals and come back shows that we’re fighting, that it doesn’t matter that we’ve secured a finals spot, that we’re still pushing,” said Hayley Raso.

Brisbane’s defence is the best in the league – lowest amount of goals conceded (11) along with six clean sheets. Even though Adelaide netted some goals, the Roar defence line was still very solid in this game, thanks to the experiences of Pickett and Polkinghorne. By cutting off a lot of passes, they were able to curb Adelaide’s hungry players from getting into the penalty box and prevent more goal-scoring chances.

Needing to be more clinical and the lack of goals scored have been the topic of conversation for the away side in the last few rounds. Patient and steady build-up is evident in their game, but their last pass always let them down. Fortunately, they have finally conquered that in this match, slotting in three goals and forcing an own goal too.

Gielnik expressed her relief when asked about that: “We’re definitely more confident now. We have such a great team, we create so many opportunities, but we don’t score many goals. So today was a really result for us.”

Adelaide will be looking to end their season on a good note when they face Melbourne Victory at home this Friday night.

Brisbane Roar will be hosting Canberra United in Sunday's televised game, in what will be a huge and fiery match as the Premiership Plate and a spot in the finals will be on the line for the respective teams.

“We’re going to go out fighting like we did today, but it’s going to be a really tough game.” Raso said.

“They [Canberra United] need points if they’re going to make the top four, so it’s going to be a fight for them, and the same to come from us.”