Derbies are never a quiet affair in Melbourne, and the circumstances for this season meant the crowd gathered at AAMI on Friday were in for a treat.

Derbies are never a quiet affair in Melbourne, and the circumstances for this season meant the crowd gathered at AAMI on Friday were in for a treat.

Victory came into the game following a confidence-boosting win against Canberra United in Round 1, while Melbourne City were looking to reassert their dominance following their loss to Perth Glory. Furthermore, the migration of Laura Alleway and Melina Ayres from City to Victory was sure to add emotional charge.

Living up to these expectations, City were able to walk away from the pitch with a narrow 1-0 win over Victory following a late header from Rebekah Stott. 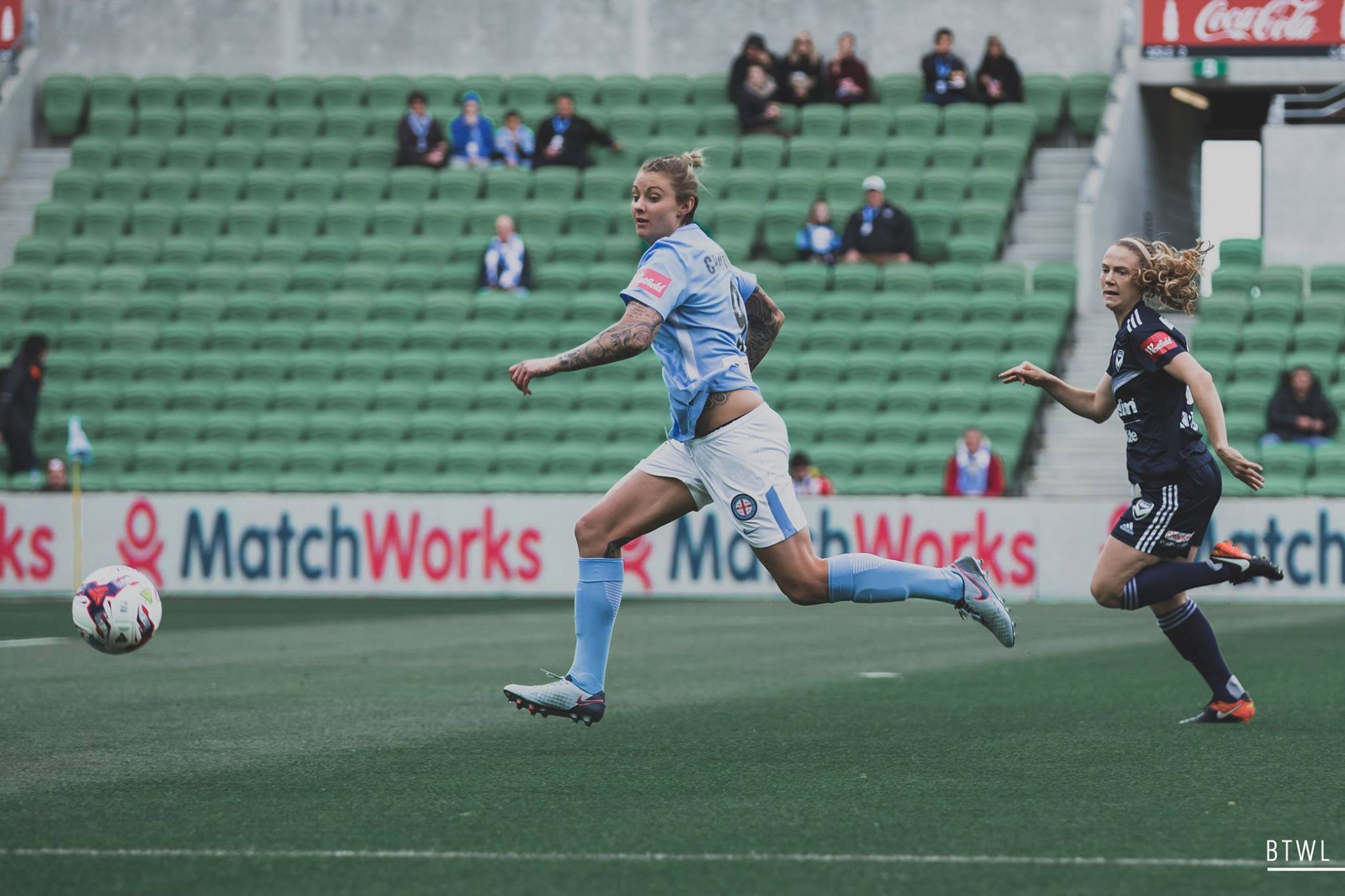 Whilst the first half showed an even spread of possession, City came out stronger for the second and their persistence won out.

City also brought a notably physical element to the game, resulting in the great Kyah Simon Hair Pull debate of 2017.

“I think Kyah is just a competitor. She’s played for the Matildas and she’s played at the highest level. You don’t get there without that competitive spirit. I think everyone competed well today… It was a hard game of football.” Patrick Kisnorbo

It was a battle of the tackles, with players such as Simon and Amy Jackson getting the lion’s share (and yellow cards) by being strong on the ball.

“The result came, but I think the performance was outstanding today.” Patrick Kisnorbo

Jackson may not play the flashiest football City has to offer, but she was essential in slowing down the pace of play and pushing forward from defence. Unsurprisingly Yukari Kinga worked well as a more attacking focused counterpart, creating opportunities at the 18 yard.

City mixed up last week’s subless set-up, bringing Rhali Dobson on for her first run. This proved successful, with one of her earliest touches being a cross to Stott who scored the lone goal of the match in the 83rd minute.

The return of Lydia Williams was almost certainly an influence on the final score-line, blocking Victory’s shots with her signature class. 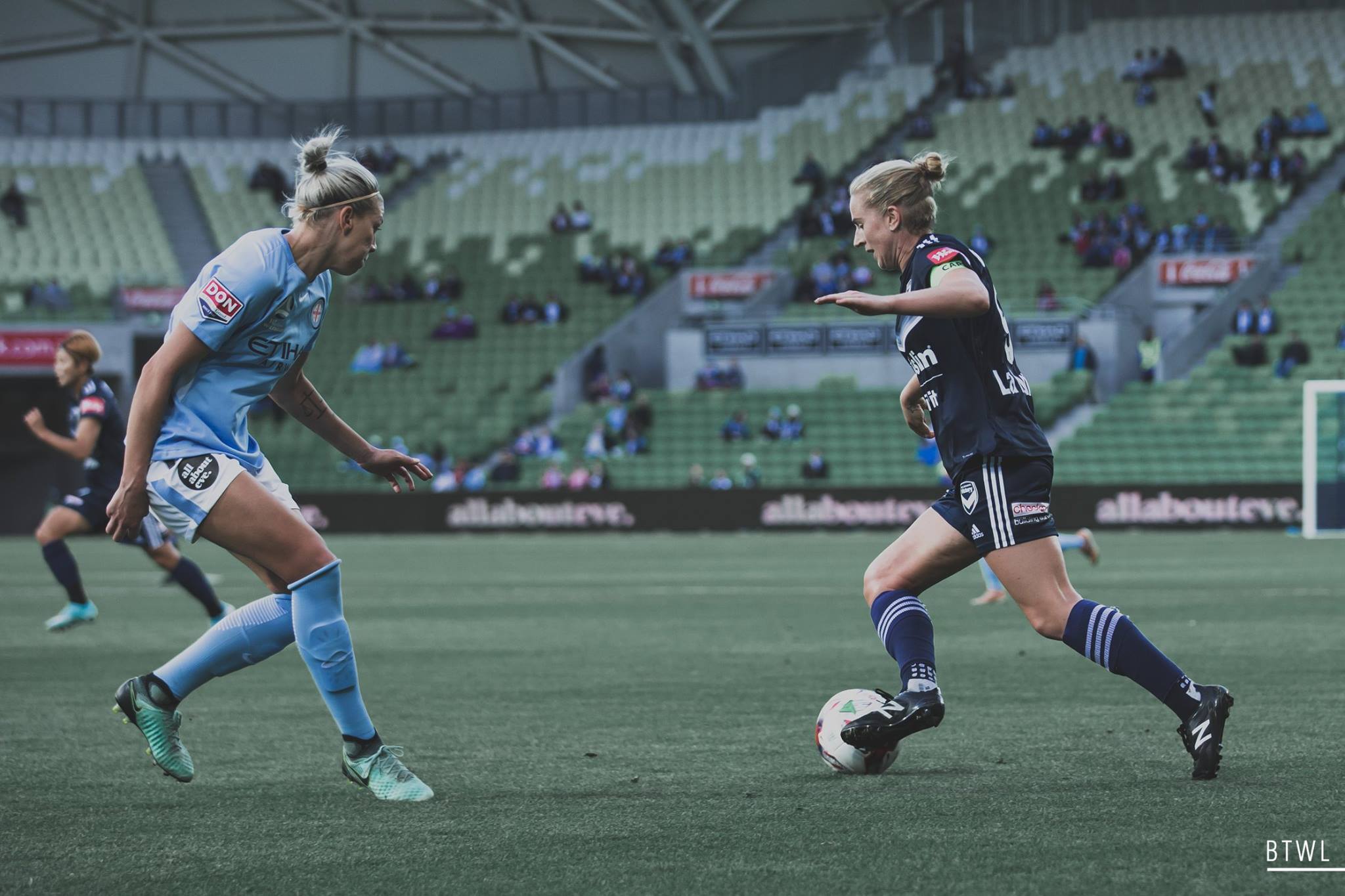 Hustling hard in defence seems to have been Victory’s approach for the game, striving to lock City out with a measured holding game.

“We decided sit off from them for a little bit, and give them a bit of space at the back... This was purely because it was City. To play a high-pressing defensive structure, we would have needed a little more time to work on it.” Jeff Hopkins

Following some shakier moments in last week’s match against Canberra, keeper Casey Dumont made some stand-out saves and had a consistent performance. Most notable was the incredible leap she made in response to a Fishlock shot, with the graze of her fingers enough to send it off its path.

Kristen Gibbons worked tirelessly in the centre of the park, maintaining both a presence upfront and adding to numbers in defence.  Two games in she is already proving to be a mainstay. Joining her, Gulcan Koca moved back into the midfield, whilst Korean signing Jeon Ga-eul debuted. The international demonstrated an eye for goal and added energy to the central attack.

“I was happy [with Jeon]. She jumped in, took the game plan on board. There was a lot of understanding there... I can see in the training this week, and in small moments out there, she has some real quality.” Jeff Hopkins

Perhaps due to being the target of a high calibre defence, Dowie had a quieter match than usual and uncharacteristically missed a game-changing opportunity. Following a corner from Angie Beard, Dowie made an unmarked back-post run but couldn’t quite make the nudge to get the ball in.

The young Kyra Cooney-Cross also presented another strong performance. Although a little quieter than last week, she still managed to fight off seasoned defenders and deliver shots on target, suggesting she is one of Victory’s most dangerous.

“Disappointed with the result, but happy with the performance.” Jeff Hopkins

Melbourne Victory have a week off for round 3. City will return for a late afternoon run at AAMI Park on Sunday 12th November, against Newcastle Jets. Kick off at 4.30pm.