No one could have predicted Melbourne City’s 5-2 triumph over the Newcastle Jets to unfold as it did.

No one could have predicted Melbourne City’s 5-2 triumph over the Newcastle Jets to unfold as it did.

A good game was expected with the Jets undefeated and City coming off the back of a derby win making for an interesting matchup.

But this game was the W-League at its goal-filled, unpredictable best with braces to Jess Fishlock and Larissa Crummer, a lone goal from Kyah Simon and a double to Katie Stengel. 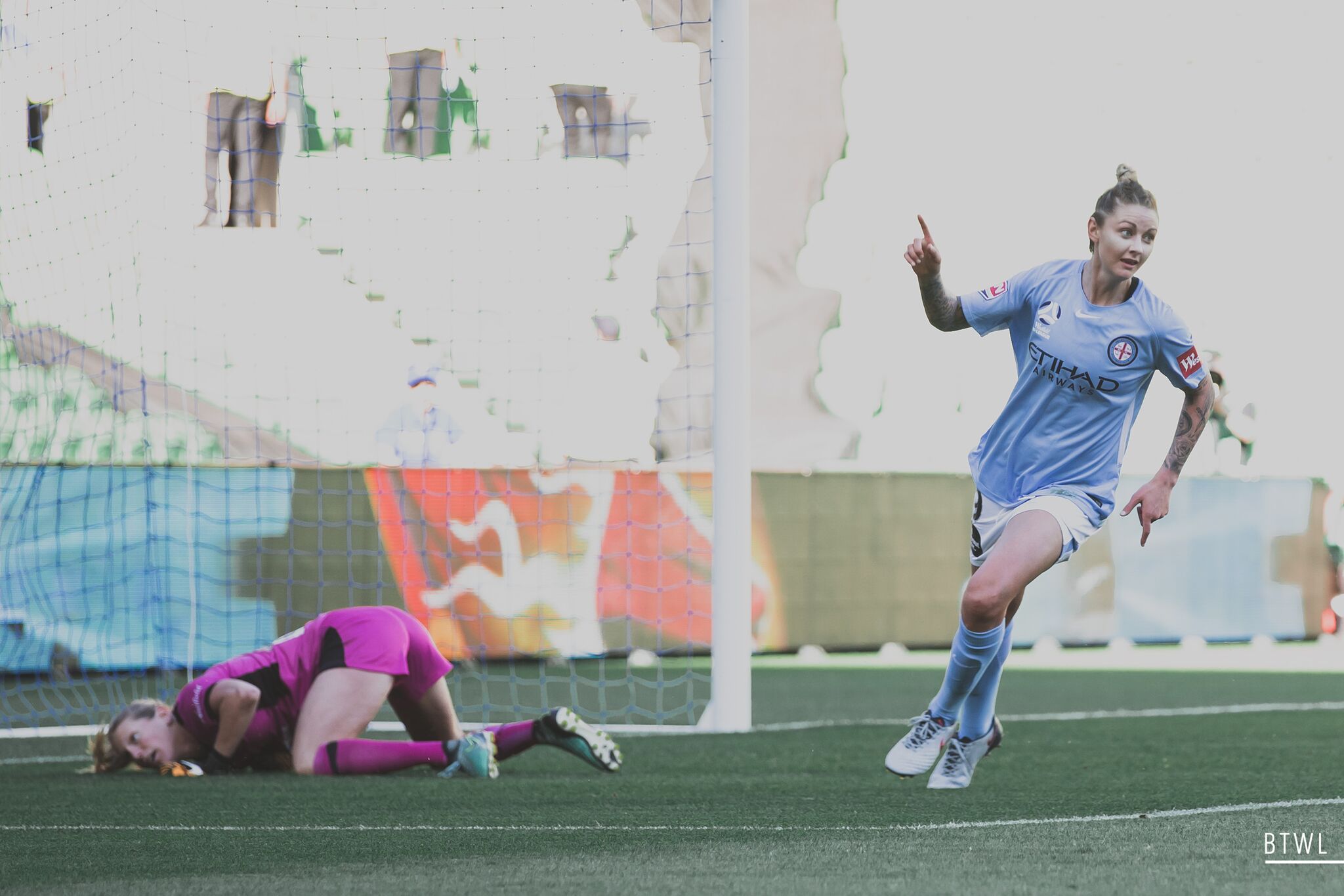 After taking the points in the Melbourne Derby, City unsurprisingly put forward an unchanged starting XI.

It’s a lineup that has threatened to devastate without actually doing so in the opening two rounds of the season, but that certainly changed against Newcastle.

Case in point, over the last two games City has had 37 shots on goal - 20 in the derby and 17 against the Jets.

Despite having a similar amount of shots, the difference in efficiency in front of goal – scoring one goal as opposed to five – is stark.

Head coach Patrick Kisnorbo described the game as a tale of two halves; a cliché but an accurate one.

The defensive errors – a phrase not often associated with Melbourne City – from Lydia Williams and Alanna Kennedy which led to the Jets’ two goals didn’t phase Kisnorbo:

That's not to say that City didn't look uncomfortable against the Jets' high press.  However, in the end the midfield overload - and the abundance of talent - eventually told.

Steph Catley was immense.  Getting up and down the left flank she put always provided options out on that wing and the sublime cross for the Jess Fishlock's first goal was indicative of the quality of delivery she can provide.

City’s goal-scoring floodgates seemed to burst open with this performance. Ashley Hatch continued her strong start to the season, working hard down the right flank and providing assists even if they were unintentional.

Larissa Crummer scored her first W-League goal since 20 December 2015 after a long injury layoff and was filled with confidence, adding a second.

What was important for City and Crummer was not only the goals but her ability to keep working, to keep presenting in the front third.

Melbourne’s front half can still tighten things up and improve. The team was flagged for offside seven times, compared to the Jets’ one, which is poor from seasoned campaigners like Simon and Crummer. 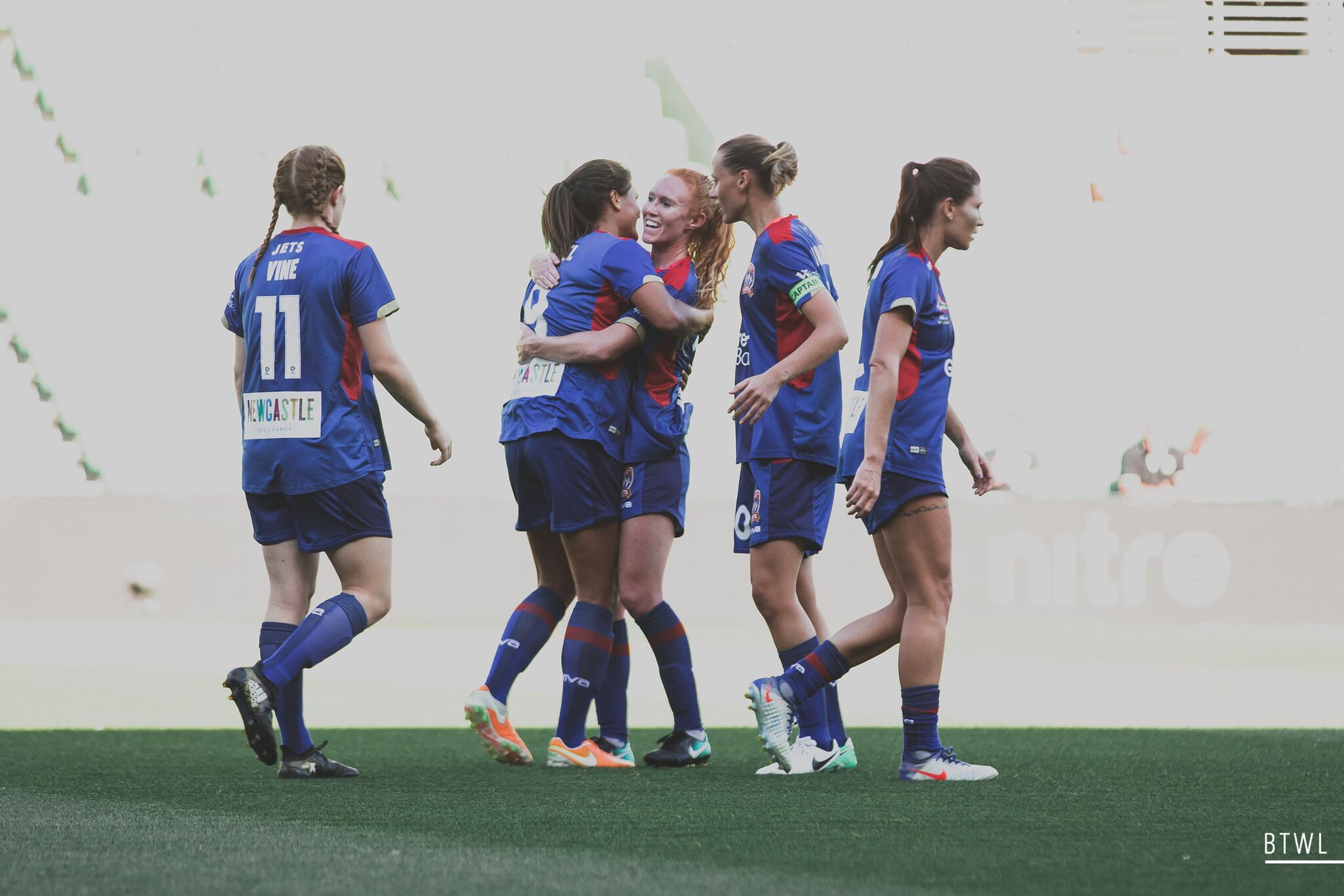 It would be fair to say it was a tough day for the Jets with coach Craig Deans admitting his team wasn’t up to the task against a strong City side.

“Today we just weren’t good enough to deal with it. When you don’t play well, you have to put your hand up,” Craig Deans told The Newcastle Herald.

“They played good football and deserved to win. They are a good team, but we want to be a good team as well.”

Deans’ formation switch from a back three, employed in the first two games of the season, to a back four speaks volumes about the need for extra defensive security when playing City.

The Jets’ day can also be described using the tale of two halves adage.

In the first half Katie Stengel played the role of poacher to perfection capitalising on two City defensive mistakes by Williams and Kennedy.

Newcastle was in the contest on the scoresheet but perhaps less so on the actual pitch. The Jets tried to squeeze the pitch and limit City's time on the ball.  And to some extent that tactic worked.  However, that tactic is an energy intensive one and if a team doesn't have the fitness to employ it with every single player, the results against are good team were there for everyone to see.

Deans made two changes at half time with Tori Huster and Nikola Orgill being replaced – the former because of a toe injury – by Sophie Nenadovic and Clare Wheeler.

The loss of Huster hurt the Jets’ midfield and consequently their ability to move down the park. Natasha Prior’s exit compounded things after she blocked a stinging Hatch shot with her face.

Huster and Prior have both proved key components of the Jets game plan.  Huster with her ability to screen and shield as well as to re-set the play.  Prior with her defensive reading and cover and physicality against strong players.

Newcastle’s back four at the beginning of the match of Hannah Brewer, Cassidy Davis, Prior and Orgill was completely different by the 63rd  minute with Wheeler and Nenadovic in the full back positions and Brewer joining Davis in the centre.

All these changes and instability were exploited by a City line-up that was raring to go and score.

City travel to Sydney to take on the winless Sky Blues in a non-televised double header. Meanwhile the Jets host sixth-placed Canberra United on Sunday afternoon.