Melbourne City and Adelaide United played out a 1-1 draw at Lakeside Stadium to finish round six of the W-League.

Melbourne City and Adelaide United played out a 1-1 draw at Lakeside Stadium to finish round six of the W-League.

The match reached its climax in the final moments with Adelaide goalkeeper Sarah Willacy conceding and saving a penalty, denying Kyah Simon a third goal of the season and City the winner.

Ashley Hatch and Alyssa Mautz scored their first goals of the campaign respectively in a game that summed up both sides’ seasons so far.

It was a frustrating afternoon in what could be called a very frustrating season for City. Barring the 5-2 win over Newcastle, City’s games have generally involved dominating possession, creating numerous chances but failing to capitalise on them.

A combination of not finishing and some solid defence from oppositions has meant that the Melbourne side has yet to live up to the lofty expectations set by two seasons of success and an impressive squad on paper. 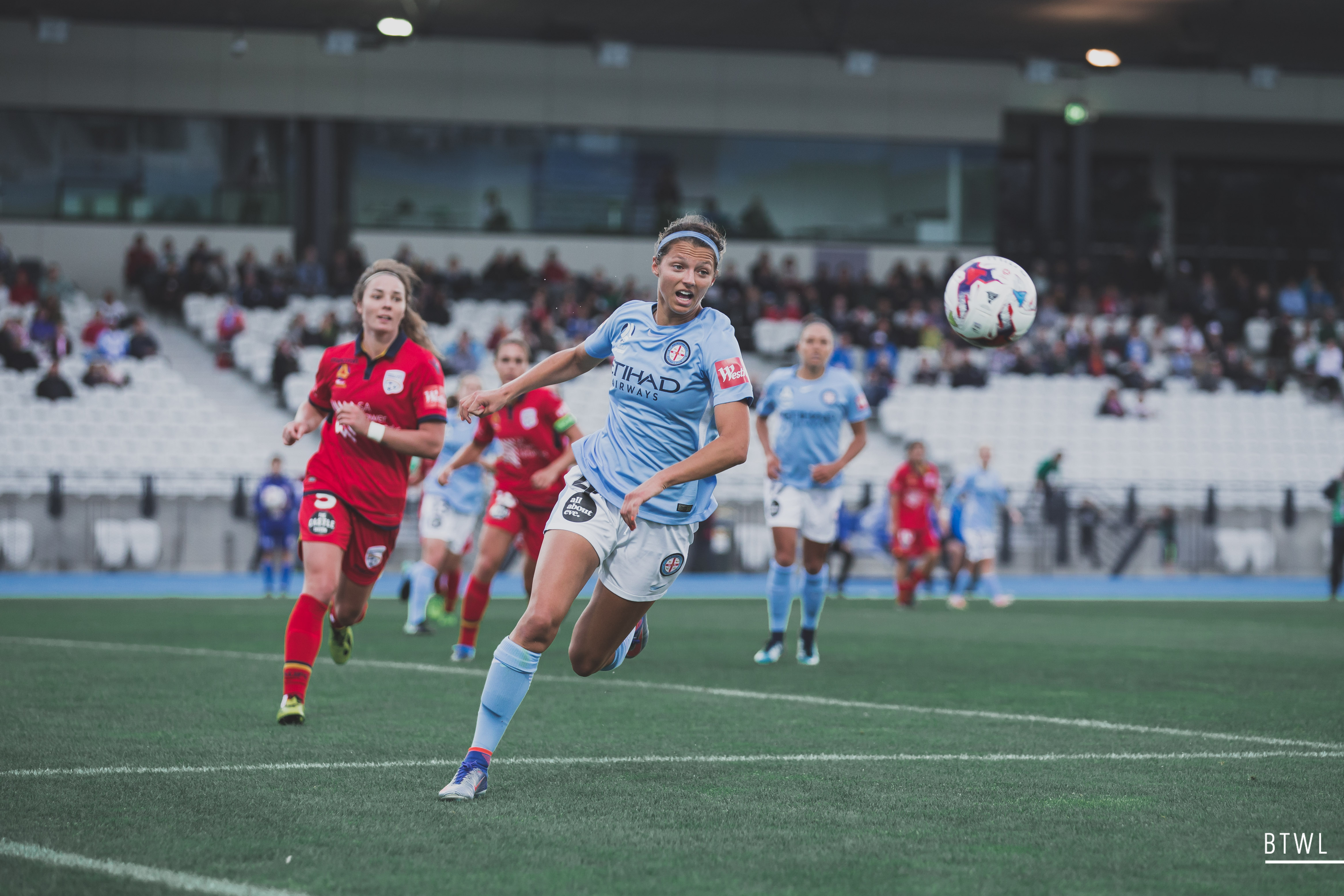 City’s wing play was one of its strengths against the Reds with Hatch, Steph Catley and Rebekah Stott all able to get forward. The attacking option provided by the two fullbacks in particular adds another dimension to City’s attack.

But finishing is the issue and coach Patrick Kisnorbo was visibly disappointed saying the draw “feels like a loss, especially with the easy chances we created. And they weren’t half chances, they should have been converted”.

There’s no panic for City despite the short W-League season with Kisnorbo saying “we played the way we wanted to play.”

Adelaide has had the fewest shots in the league by some margin – 34 with the next closest being Melbourne Victory on 53. Despite this the Reds have the best conversion rate in the league.

There’s a conflict between the positive of being efficient and the negative of that efficiency not linking to a large number of goals and that was on display against City. 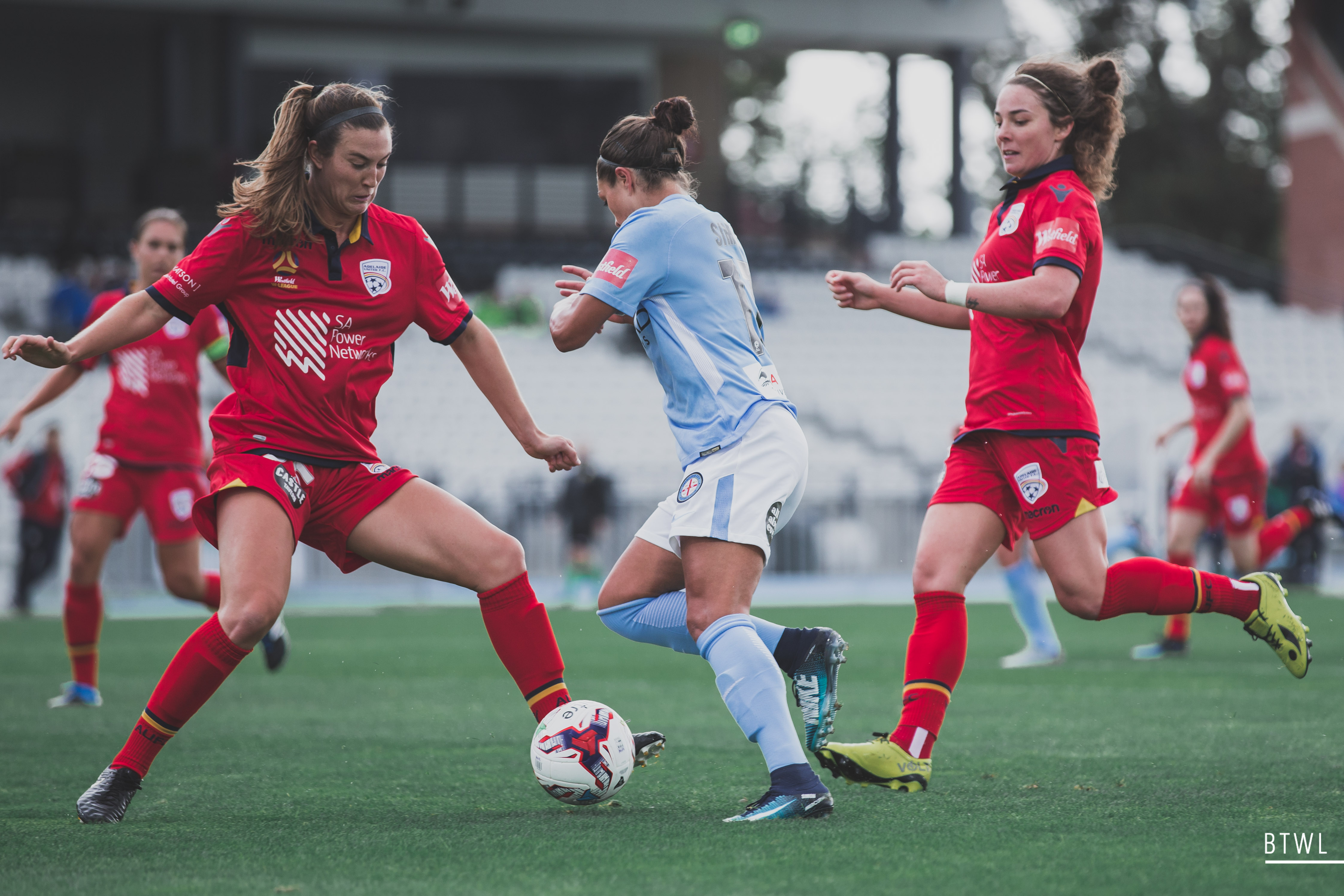 Considering Melbourne had the lion’s share of possession, it is no surprise that the Reds’ chances were few and far between. However, their opportunities did test City’s defence.

Head coach Ivan Karlovic was pleased to be leaving Melbourne with a draw:

“Away from home, you’re always happy with a point. We had a few moments there where we hit the post but at the end of the day, you save a penalty right at the death so you gotta take a point and be happy with it.”

Eliza Campbell was suffering from concussion following her time with the Matildas and couldn’t play, meaning Willacy retained her spot. Karlovic lauded her performance:

“She’s a fantastic goalkeeper and an excellent shot stopper and I had complete faith. At the end of the day it’s 50/50 with a penalty kick but she’s a ‘keeper who can cover her goal really well and she showed that in that save and thankfully we kept it at 1-1.”

City will return to AAMI Park and host third placed Canberra United in a game that will play a big role in deciding the top four.

Meanwhile United return to Melbourne to take on the Victory at same venue in what will be a must win clash for both sides.