An Arin Gilliland first-half hat-trick saw the Newcastle Jets take the three points against the Brisbane Roar on Sunday afternoon.

An Arin Gilliland first-half hat-trick saw the Newcastle Jets take the three points against the Brisbane Roar on Sunday afternoon.

Roar saw the return of Emily Gielnik to the starting XI after her strong performance against Canberra United last weekend.

Both teams had frustrating moments as the Roar failed to convert despite having the majority of the possession while the Jets had the opposite problem. 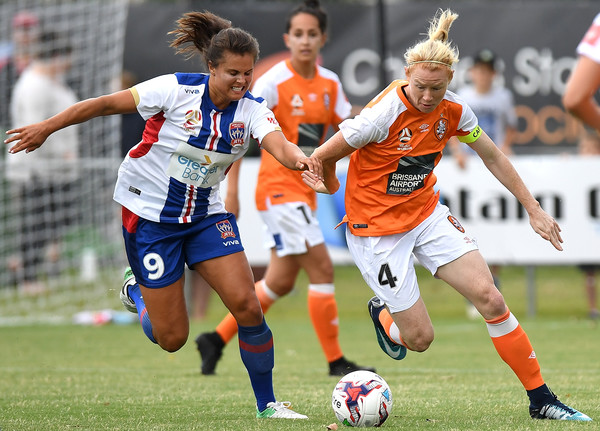 They started the game well but a lack of scoring hurt the team. It was a problem last season and continues to be one without a real resolution in site at the moment.

While Emily Gielnik and Wai Ki Cheung had the best of the chances of the game but they were caught offside a number of times as the midfielders released the ball too late.

Gielnik tried to use her speed and ball skills to get the ball into the box herself but the Jets defence was too strong.

Currently, Roar has one of the lowest conversion rates (11%). It was frustrating for supporters to watch as they had enough solid chances to at least draw with the Jets.

“It was certainly not indicative of the preparation and of the games before, we need to be better in key areas and we will keep working hard to improve some of those moments that were highlighted in the first half that weren’t good enough” coach Mel Andreatta said.

“Whilst we created a number of chances, we need to be more ruthless and clinical in that front third.”

Roar enjoyed majority of the possession and worked the ball well around the box but losses in concentration saw mistakes made and Jets capitalise on them.

Roar was able to keep the Jets at bay in the second half as Clare Polkinghorne continued her impressive defending. It was still an uncharacteristic scoreline for Roar as the defenders failed to track their players and counted on other defenders to cover. 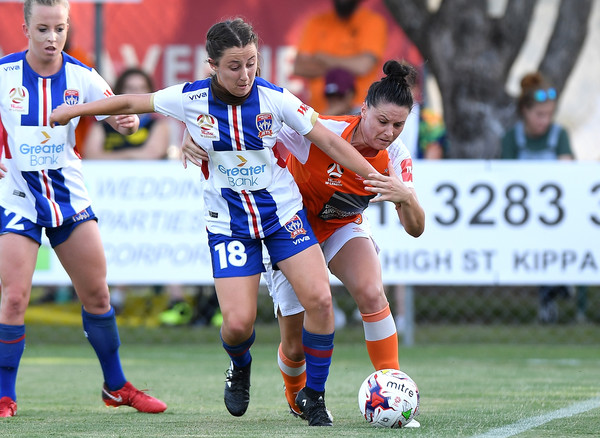 While the local newspaper didn’t give the team chance against the second-placed Roar, the Jets turned it on and showed they can come good.

“We know what we need to do to be a good team and we’re heading in the right direction but as far as what people will say about us, that’s fine and in some ways its nice for people to not give you a chance because it takes a bit of the pressure off,” coach Craig Deans said.

“The performance was okay in patches from a coaching point of view that is quite pleasing because we still have room for improvement.”

The defenders were ruthless as goalkeeper Britt Eckerstrom played a phenomenal game for her team while Hannah Brewer and Tash Prior did everything they could to make sure Roar didn’t find the back of the net.

However, the lack of possession for the Jets is a bit of a worry as they were only able to get on top of the Roar when a mistake was made. All three goals came from missed chances or a loss of possession from poor passing.

The Jets were able to counter quickly through Van Egmond and Katie Stengel to catch the Roar defence out but majority of the second half was lack-lustre after Roar battened down their defence to stop counter-attacks.

Credit where credit was due for the Jets players and coach Craig Deans as they exploited the weaknesses in the Roar squad and worked to their strengths to take the win.

Roar will be back at Suncorp Stadium next Sunday for the televised double-header against Melbourne City while the Jets are back at McDonald Jones Stadium for their 1st v 2nd match against Perth Glory.

Subs not used: Georgina Worth (GK)