Brisbane Roar sealed a 1-0 win over Adelaide United on Friday night after a late goal from Hayley Raso.

Brisbane Roar sealed a 1-0 win over Adelaide United on Friday night after a late goal from Hayley Raso.

It was a special game at Suncorp Stadium, as Tameka Butt became the second Brisbane Roar player to make 100 appearances for the W-League team.

It was a slow start to the match for Adelaide while Brisbane capitalised on their defensive mistakes, their first real opportunity came under 10 minutes when Butt received a through ball but was flagged for being offside. However, Adelaide was able to fight their way back into the game during the first half.

By halftime, Roar shared majority of the possession (56 percent) compared to Adelaide’s 44 percent. 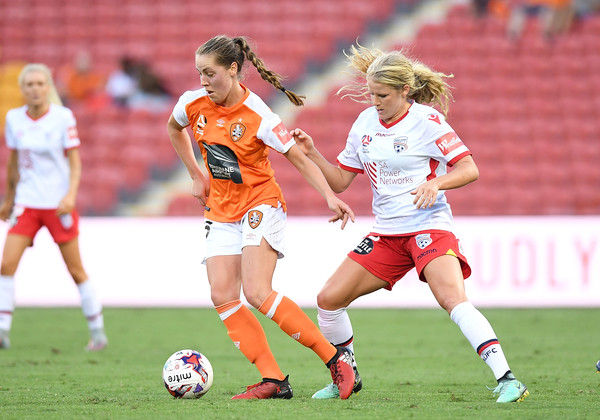 The Roar were able to hold 70 percent of the ball in Adelaide’s half during the first half of the game, which saw a number of opportunities fall in the hands of Raso, Butt and Wai Ki Chueng.

The team also showed there ability deep in the match as Raso scored a late goal but also Carson Pickett’s last-ditch effort at the death to ensure her side grabbed the three points.

Once again, Mackenzie Arnold had a brilliant game between the posts making several crucial save but also positioning herself well on set plays. The defence in front of her once again were able to nullify Adelaide's key attacking threats with good organisation.

Finishing has still been a problem but even getting that final touch on the ball to have a shot was lacking in the game but in saying this, Roar currently has more goals compared to this time last season.

The team did find themselves in frustrating situations, which they did let get the best of them at times and allowed Adelaide to go on the attack. 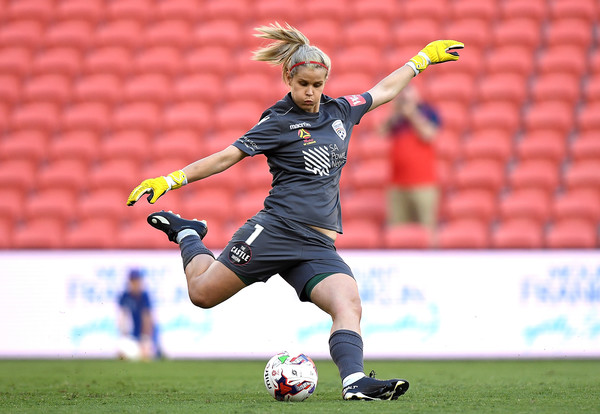 There is only one way to describe Eliza Campbell performance against Roar… absolutely fantastic. She is one of the reasons why more goals were not scored and the goal conceded was unlucky after it took a deflection.

The fight back by the side caught Roar off guard and they became frustrated with the amount of space created by the Adelaide attackers and the pace they had on them. Makenzy Doniak and Adriana Jones caused most of the problems but they were unable to put the finishing touches on great attacking pieces.

Adelaide’s defence struggle against the fast-paced Roar attack.  Just like last week when Perth put their defence under pressure, Brisbane did the same and was able to expose their defensive shape, which still needs work.

Adelaide pressed high from the get-go against Perth but Brisbane was able to pick their way through the press which proved the undoing of Adelaide.

Well, Brisbane Roar has received the lucky end of the draw as they get a break in Round 5 during the Matildas two-game series against China PR and will be back against Canberra United on December 3 while Adelaide United are back at home against Newcastle Jets on Saturday 25 November.