Brisbane Roar got back to winning ways on Friday night at Marconi Stadium, defeating Western Sydney Wanderers 1-0 thanks to a first half goal from Carson Pickett.

Brisbane Roar got back to winning ways on Friday night at Marconi Stadium, defeating Western Sydney Wanderers 1-0 thanks to a first half goal from Carson Pickett.

While Brisbane were the better side in the opening period, the Wanderers fought back after the break, and went close to an equaliser with 20 minutes left, when Mackenzie Arnold managed to tip Rosie Sutton’s shot onto the post.

The win sees Roar move up to fourth on the table (level on points with 1st placed Perth), while the Wanderers drop to eighth. 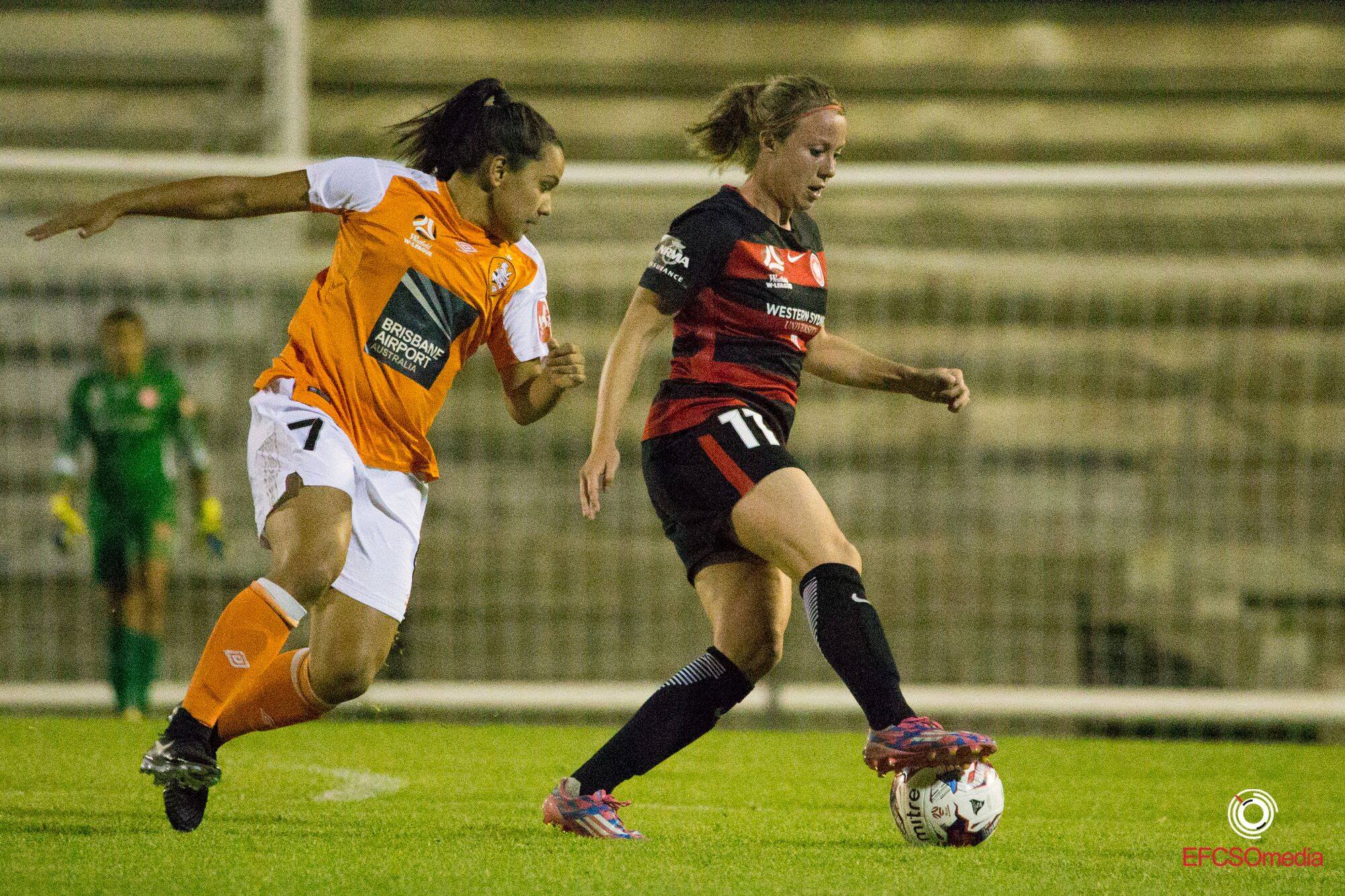 After early chances for Maruschka Waldus and Kahlia Hogg, the Wanderers struggled to create chances for the rest of the first half.

In comparison to the performance in last week’s win over Adelaide, Western Sydney were lacking movement in attacking areas, and were not precise enough with their passing.

They also didn’t put enough pressure on Brisbane defensively in the opening 45 minutes, something which was acknowledged by head coach Richard Byrne.

“We talked about how their centrebacks had the ball, and the holding midfielder was dropping and then picking out the passes, so we fixed that. We just got into their faces a little bit more.”

Byrne was pleased with the way his team responded in the second half.

“We were on top in the second half, and we were very unlucky to come away with nothing. The goalkeeper made two fantastic saves.” 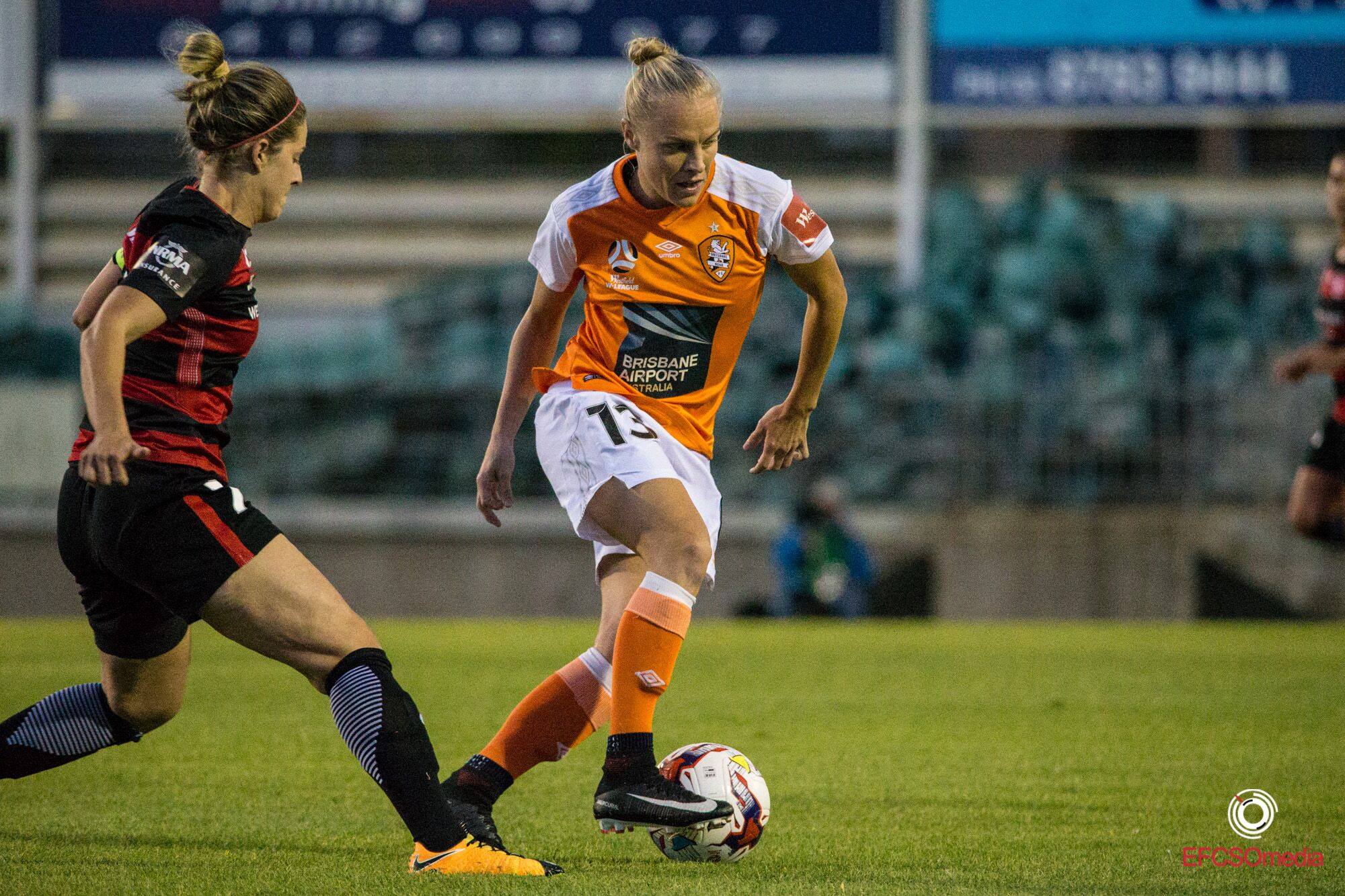 The Roar’s midfield trio of Katrina Gorry, Celeste Boureille, and Tameka Butt were fabulous. In particular, Boureille and Gorry stood out for their ability to find space and start attacking moves.

After Brisbane threatened with their set pieces in the first half, the goal came when Carson Pickett’s free kick from the right touchline evaded everyone in the middle and ended up in the far corner of the net. While there was a stroke of good fortune, the goal was deserved, based on the balance of play up to that point.

Brisbane were under more pressure in the second half but their defence, led by Clare Polkinghorne and Summer O’Brien, was excellent, restricting space in and around their own penalty area. Although she wasn’t called upon too often, Mackenzie Arnold was solid in goals, making two vital saves in the second half to preserve Brisbane’s lead.

All in all, a great result for the Roar given the heavy defeat they suffered the previous weekend (a 4-1 loss to Perth), as well as the fact that they had a short turnaround (only five days) from that game.

Western Sydney Wanderers have a bye next weekend. Their next game is on Friday 24th November, when they face Melbourne Victory at Lakeside Stadium.