Annabel Martin began her career at a struggling Melbourne Victory, but now sees light at the end of the tunnel – crediting coach Jeff Hopkins for transforming the Vuck.

Victory are coming off a 2-0 win over Melbourne City last week as all the players in navy blue were jubilant in the change rooms post-match.

Victory claimed the wooden spoon in seasons 2015/16 and 2016/17, but now find themselves on top of the table for the first time in City’s existence.

Martin won the Victory Medal in 2016 and has been utilised as a fullback and defensive midfielder by Hopkins.

The 20-year-old added there was healthy competition for places in Victory’s squad, but the players were keeping their feet on the ground.

Martin paid tribute to the gaffer for transforming the club in the last two years.

“We were definitely in that rebuilding stage which we’ve gone through now, so we’ve come out on the other end building a great squad together over the last two years,” she told The Women’s Game.

“It’s good to see the girls coming back each week and each year. We had to go through that to get where we are now which is looking good for the future.

“It was always tough when we weren’t winning, but it was great for us to get minutes early in our careers and to be around the system a bit longer. We don’t like losing, but we’re starting to win some games now which is nice.

“Jeff is just really well respected and a few Brissy girls have come over, so I think they really want to play under him. It’s also a general feeling around the club, he’s done a great job, bringing in new players each year, building from there and setting his coaching fundamentals within the group.

“We’ve got a really great squad together, we really get along both on and off the field which is great to see. It’s nice to see some familiar faces with Sam and Nairn coming back for their second and third seasons plus we’ve had Tash here for a while.

“We’re getting used to playing together which is underrated and we’re building that bond between everyone. Em Gielnik has also come in and had a great game on the weekend, so she’s fit and firing.” 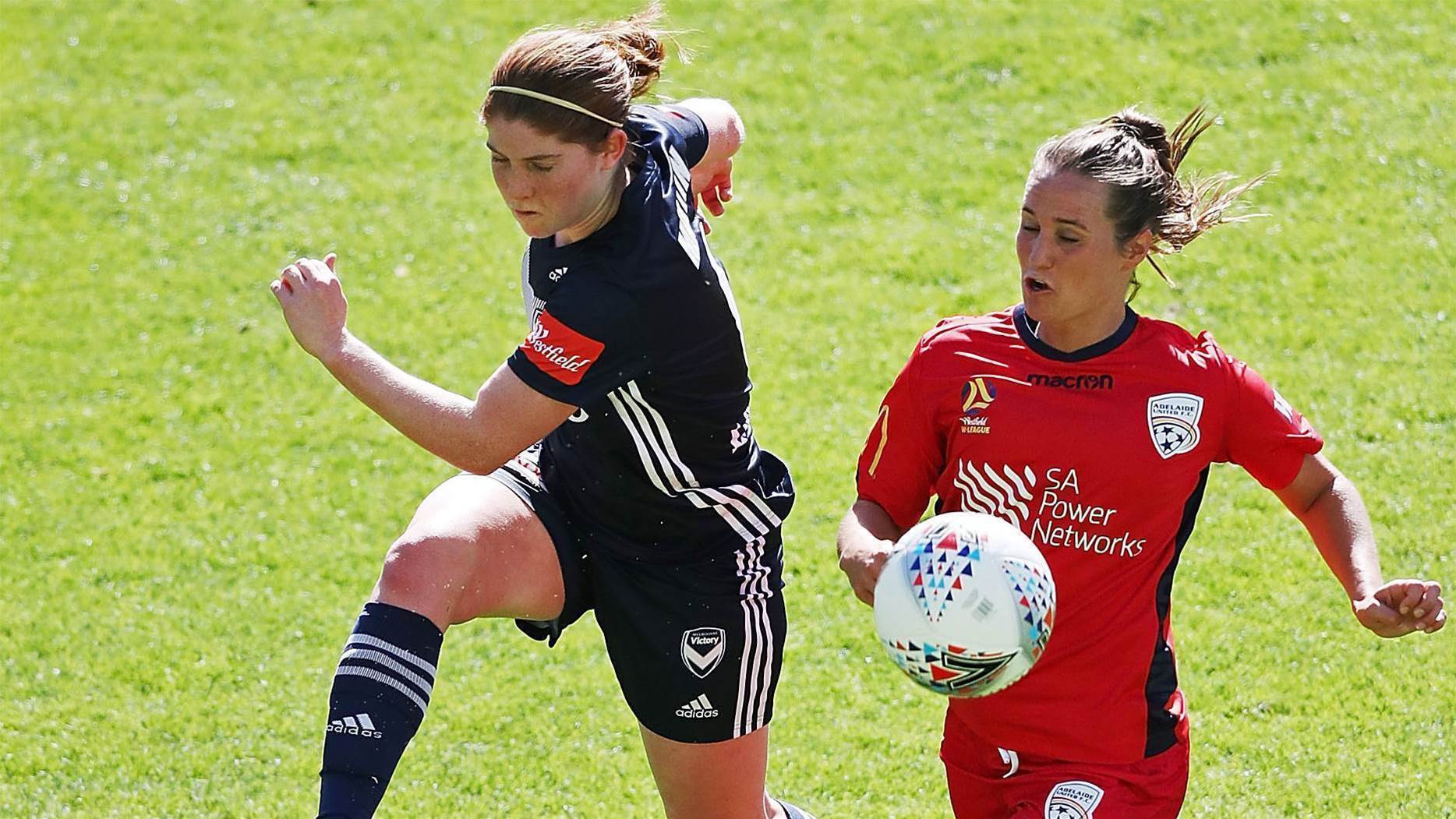 Martin in action against the Reds

Victory meet Sydney FC on Sunday and Martin said they were wary of the Matildas and Americans in their squad.

The Sky Blues currently sit sixth on the table and fell 3-1 to City away a fortnight ago, however Martin said it was no reason to take them lightly.

“Sydney have a really good side, I think their performance against City wasn’t justified a fortnight ago,” she said.

“They’ll be a hard team to beat, but we’ll go in confident and aim to get the three points.

“They have a pretty good side going around, but our side will definitely match that as well on paper. We’re really coming together as a team, building a great spirit and culture.”

Martin has just returned from playing for Sydney University SC during the offseason as they lost to Macarthur Rams FC in the NPL NSW Grand Final.

The teenager has just finished her first year in her media and communications degree and has aspirations of playing overseas once she graduates.

“Sydney was great, I loved it up there and unfortunately we didn’t get over the line,” Martin said.

“I enjoyed playing up there under Alex Epakis and some teammates from Young Matildas.

“An overseas move is something I’ve always wanted to do and continue, I’m trying to get my uni out of the way first.

“I’ll look to head over after that, travel the world, get some experience and maybe football can help me do that.”