Maher has started in both games for her new club Melbourne Victory this season after playing 28 games for Canberra United.

Victory face crosstown rivals Melbourne City tonight in a standalone derby at AAMI Park and Maher is excited for the match-up.

The 19-year-old has 13 appearances for the Young Matildas and has her eye on big things for the end of this season.

“I believe if I’m playing football at the highest level, I can hopefully go overseas in the offseason of the W-League next year,” Maher told The Women’s Game.

“If I know I’m playing well there, then hopefully I get an opportunity to represent my country at senior level. I’m also focusing on having a good W-League season, then hopefully the rest can follow. 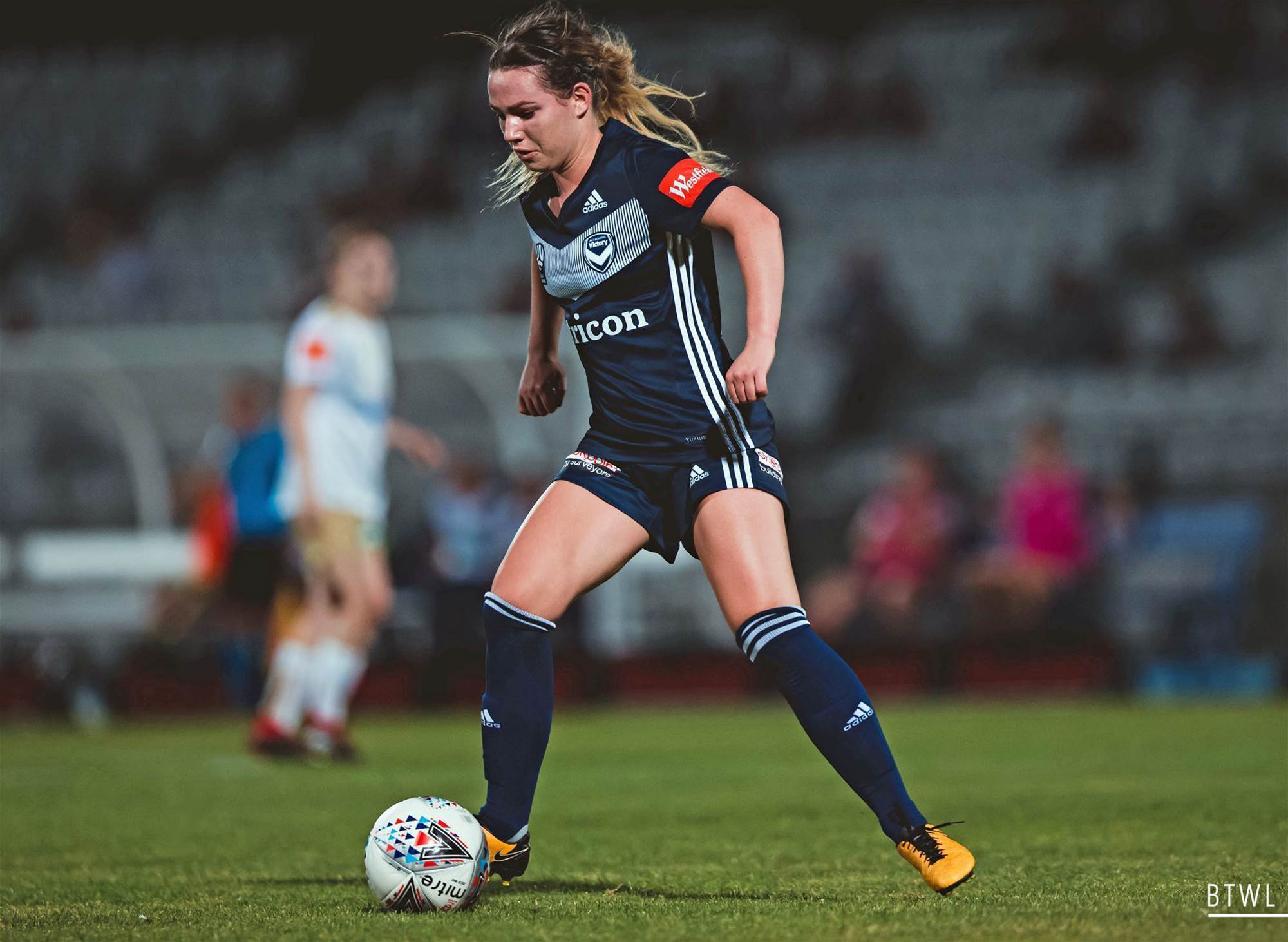 Maher has the ball against Newcastle. By Rachel Bach (@bythewhiteline)

“I’d love to play in Europe or somewhere that has really technical football. I think the NWSL is a great league, but I might be a bit young for it. I’d love to go experience another country, a different playing style and I think it’d help me grow my game.

“I came into my first W-League season as a 15-year-old, I’ve always been mature as people like to call it. I’d like to think just having to deal with the pressure and expectations, you’re around adults a lot and I think it’s really helped me become a lot more confident and experienced as a human being.

“I’ve really loved living the life I’ve had up to this point and I do owe that to football and the people I get to share every day with.”

But the 19-year-old had to undergo surgery in her calves for compartment syndrome and battled glandular fever, but still managed nine goals in nine games for Olympic. 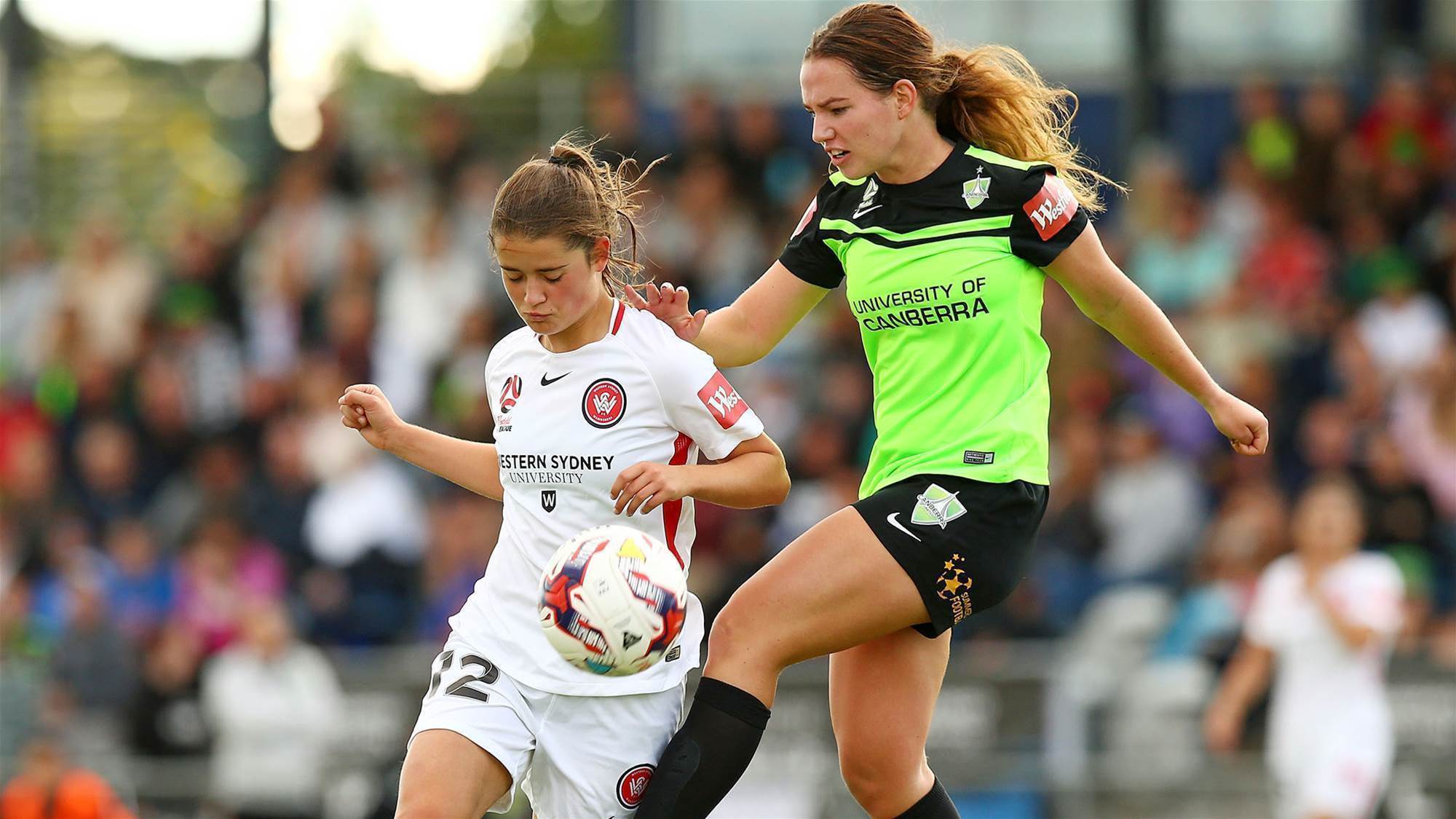 “It was my first time I was fully injured and had been sick. I’d never had an illness that had put me out or had made me feel physically weak before,” said Maher, who is planning on studying sports management in the near future.

“It was hard, but I really enjoyed the challenge and experience. I felt I had a lot of time to step back from the game, I coached an u13s NPL team and I’ve got a broader perspective of football and now I’ve come back even eager for this W-League season.

“I’ve gone to school with some of the siblings of the girls I coached and it’s a small world, so it was really nice to do that and it was enjoyable.”