The Western Sydney Wanderers have been dealt another injury blow with first choice goalkeeper Mackenzie Arnold set to miss the first half of the W-League season.

The Western Sydney Wanderers have been dealt another injury blow with first choice goalkeeper Mackenzie Arnold set to miss the first half of the W-League season.

A freak accident while representing the Young Matildas at the AFC U19 Championships has resulted in the 19 year old requiring more than a dozen stitches in her right leg.

The consequence of the injury is that the 2012/13 Goalkeeper of the Year is set to miss, at best, the first six weeks of the season and, at worst, the whole of Season Six of the W-League.

It is yet another big setback for the Western Sydney Wanderers coming on the back of the news that star recruit and striker Kyah Simon will be sidelined for 12 months after sustaining a torn Anterior Cruciate Ligament against the USWNT on Monday (AEDST). 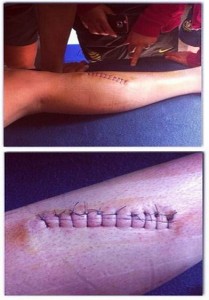 Currently the Wanderers have inexperienced young goalkeeper Georgia Rowntree in the squad as the reserve goalkeeper.  However, TWG has been informed that the Wanderers have identified a possible short term replacement for Arnold and are in the process of negotiations.  This close to the commencement of the season, the potential replacement is an Australian candidate.

Western Sydney are also in the final stages of securing the signature of a third American to fill their final international roster position.

A US U23 roster member and fringe US Women's National Team player, the Wanderers are quietly confident that the signature is imminent with an announcement to be made in the coming days.