As crucial as the international contingent has been, a key factor in Perth Glory's success this season has been the contribution of their local talent.

As crucial as the international contingent has been, a key factor in Perth Glory's success this season has been the contribution of their local talent.

It is highlighted in the leadership of Sam Kerr, who debuted for Glory at 15 years of age, but also the lesser acknowledged work of the likes of Sarah Carroll, Shawn Billiam, Natasha Rigby, Jaymee Gibbons and Gabby Dal Busco, to name a few.

All in all, 13 of Glory's 21 players are WA born and developed, with several playing more than half the available minutes this season.

"It is exciting," said full back Sarah Carroll regarding the home grown talent taking the pitch.

"I have been involved with Glory for many years now and I have experienced the lows as well as the highs. To get to this level with the girls is really exciting."

Carroll is one of the players to come through the Football West development pipeline with stints in the NTC leading to caps for the Junior and Young Matildas.

While she has yet to breakthrough at senior level, Carroll has become a staple in the Glory defence.

She is not the only player to work her way up into a starting role with fellow full back Natasha Rigby also a local product who worked her way up.  In her first season, Margaret River native has gone from a promising squad player, to substitute and last week a starting full back in the semi final.

Then there is goalkeeper Gabby Dal Busco.  The Young Matildas goalkeeper also found her way into the team with good form as well as a bit of luck.  After an injury to starting goalkeeper Melissa Maizels, Dal Busco not only ably deputised but eventually won back the spot after Maizels' return.

50 gamer Shawn Billiam, who scored at the end of a wonderful team crafted semi-final goal, Gibbons (who joined the American trio DiBernardo, Stanton and Mautz in the midfield), substitutes Carla Bennett, Caitlin Doeglas (who scored the winner to clinch a home final) and Angelique Stannett have all made a contribution at one point during the season.

"I am sure they are excited.  Some of them have never experienced this sort of a game and I am sure they will be really up for it."

"It shows that WA can produce some good players to come through to the W-League.  To have a squad that has quite a few local girls in it, I think it is fitting tribute to work that is done at the state level."

"It is always nice to represent your hometown club and to be in a second grand final it's great."

WA is not only well represented off the pitch but also on the sidelines.  Coach Bobby Despotovksi is a Perth Glory legend, while Assistant Coach Jessine Bonzas has been a part of Western Australian women's football for over a decade.

In fact, back when Carroll was a young player coming through the WA Premier League, she lined up against her now coach. The inclusion of Bonzas to the coaching staff has been a positive one said the 21 year old.

"She is great to have around the group.  She is approachable and she handles the girls really well."

"Jessine does a great job with the NTC girls and she has brought that to our group.  It is great to have her as assistant."

Kerr and Carroll are the most experienced of the WA group and, heading into her second grand final, Carroll thinks that the 2015 grand final experience will hold the team in good stead.

"Obviously being involved in a grand final before you know what it is going to be like," she said.

"To have already have grand final experience has made it a lot easier for me this week to enjoy the week and just look forward to it." 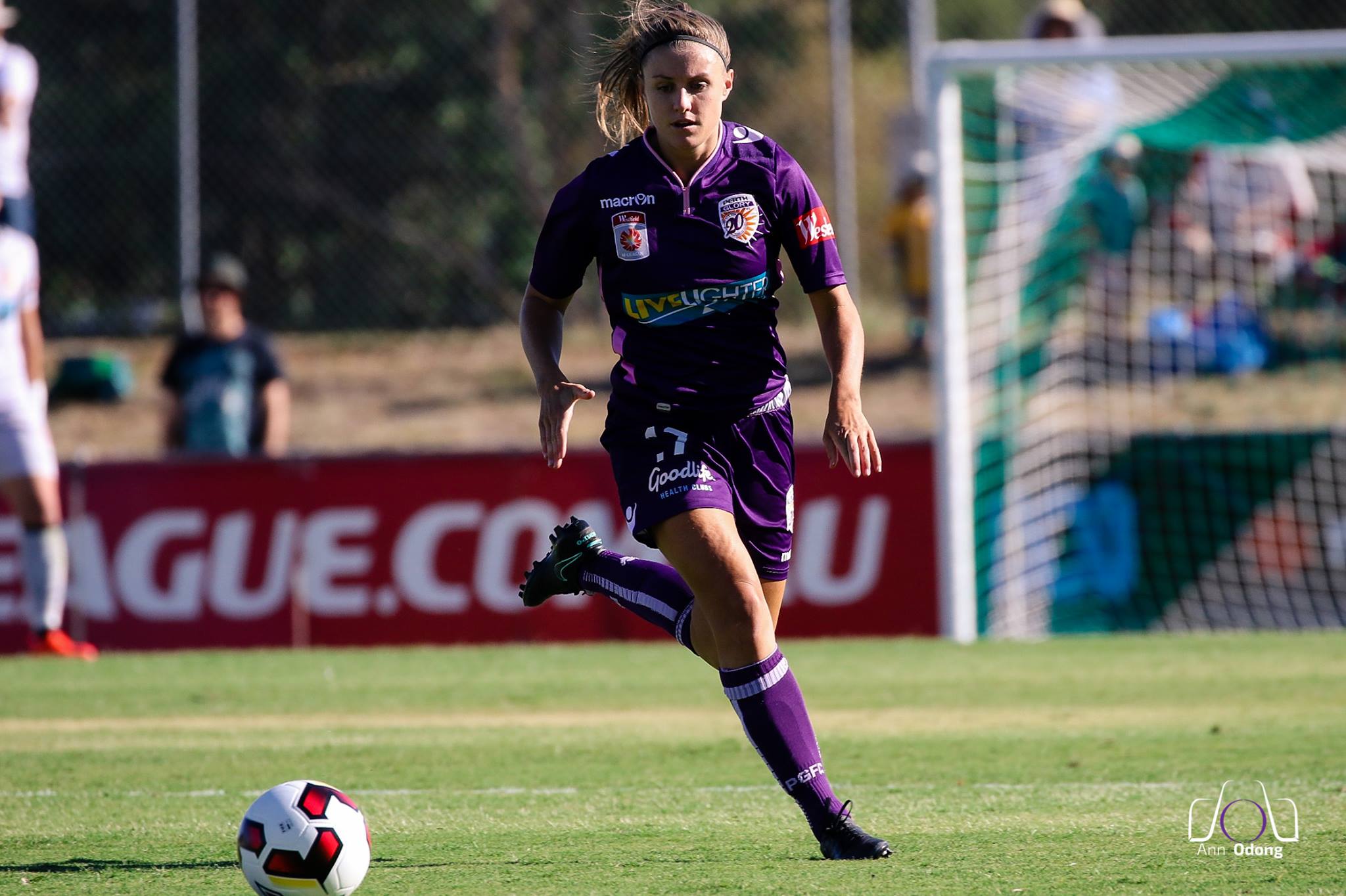 In sports there is sometimes a thought that you have to lose a final to win one.  It is not always the case but last time around the newly crowned premiers Glory were ambushed by an experienced and grand final hardened Canberra United side.

"I don't think we have done anything else differently to be honest," said Carroll when asked if there had been any changes to the preparation for this grand final.

"Two seasons ago we fell at the final hurdle and it was very, very disappointing."

"We have just worked hard through the week, stayed focused and continue to do what we have done the whole season.  Hopefully on Sunday it will be a different outcome."

For the WA contingent, a win on Sunday would be extra special with the support of family and friends on hand.  That support could translate into pressure but not for Carroll.

"It's just excitement," she concluded.