Female athletes are set to get a boost with a new $70 million sports package from the Morrison Government.

With Australia set to go to the polls next weekend, campaigning is ramping up with Prime Minister Scott Morrison announcing a package which would secure the future of netball and establish a permanent home and high-performance centre for the Matildas in Melbourne.

The package will also add support for Queensland’s 2032 Olympic bid and improve facilities nationwide for aspiring Olympians and Paralympians.

“More and more women are playing sport and my Government has made a deliberate investment to provide better and more equitable facilities at our playing fields," Morrison said.

"We need to make sure women are supported from entry level as young girls all the way through to elite level competition, including in once male dominated sports."

Minister for Sport Bridget McKenzie said the investment in netball, football, and our future Olympians and Paralympians was critical to Australia’s sporting future.

“We want to support these women in sport, from the grassroots level up to elite representatives – you can’t be what you can’t see," she said.

“Women often don't have access to appropriate change room facilities resulting in them having to get changed behind towels on the side of fields or in cars, and having to go home for showers.

“This is a major deterrent for women wanting to participate and to feel like they are welcome in clubs across many sports.

“Regardless of whether you’re playing at the highest level or a grassroots level, we want all Australians to have the opportunity to be engaged in sport and physical activity."

Under the new $70 million package, the Morrison Government would deliver: 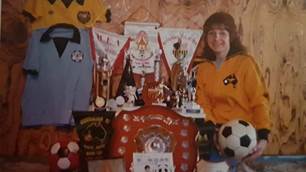