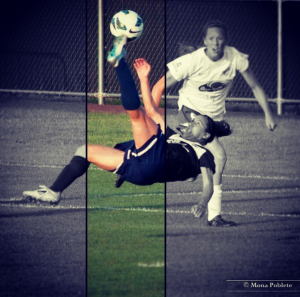 Matildas and Melbourne Victory striker Lisa De Vanna has been nominated for the Puskas Award for the 2013 FIFA Goal of the Year.

Nominated for her stunning bicycle kick effort for Sky Blue FC against the Boston Breakers in the NWSL, De Vanna is one of only two women nominated for this year's award. French superstar Louisa Necib is the other in a field of ten.

Voted on by the public, users of FIFA.com and francefootball.fr will be able to choose from the ten goals until 9 December when the three goals with the most votes will be announced as finalists.

After that announcement, FIFA.com and francefootball.fr users will be able to vote again for their favourite from the three remaining goals.

The winner will be revealed on the day of the FIFA Ballon d’Or on 13 January 2014 with voting to close during the show.

You can vote for Lisa De Vanna's effort here.