UEFA has announced it has changed its player eligibility for the conclusion of this year's UEFA Women's Champions League.

The 2019-20 UEFA Women's Champions League was originally planned to play its 2019-20 quarter-final phase in March of this year, with the competition concluding in May.  However, it was postponed due to the COVID-19 pandemic.

While the conclusion of the competition was a welcome announcement, all remaining but Glasgow City play their regular season during the northern hemisphere winter.  This meant some of their 2019-20 players saw their contracts expire or chose to move to another club at the end of what would have been their regular season window in June.

This created a conundrum for many clubs who could find it difficult to field teams with those remaining from 2019-20 rosters due to the 2020-21 turnover in players.  UEFA, therefore, announced a one time change in player eligibility for the conclusions of this CL season last Friday.

Prior to the change, only players who were registered with a club prior to March 2020 and who had not played Champions League football with another club in this year's competition were eligible to play in the competition.

However, clubs can now register six new players for the competition including three who had previously played for other clubs in this past CL tournament.

This means that Steph Catley and Lydia Williams, who joined Arsenal FC last week, as well as Ellie Carpenter who announced her transfer to Olympique Lyonnais last month, could be added to their respective team's rosters for the remainder of the competition.

At present, the only other Aussies who play for a remaining club in this year's competition are Alex Chidiac with Atletico Madrid and Caitlin Foord with Arsenal FC. Gielnik has announced her departure from Bayern Munich last week.

The final is scheduled for August 30, 2020.  No streaming or broadcasting information has been announced yet. 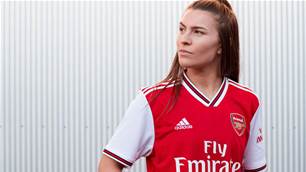