The decision to award Australia hosting rights for the 2022 FIBA World Cup caps off a huge two days for Australian women's basketball.

The decision for Sydney to host FIBA's 2022 showpiece across September and October, ahead of Russia, is yet another sign women's basketball in Australia is heading in the right direction.

Renewed investment and interest in the WNBL, leading up to a potentially lucrative 2022 World Cup, now stands to see the women's game benefitting from an increase in media attention for basketball Australia-wide.

The WNBL has a proud history in women's sports in Australia, claiming to be the oldest women's domestic league in the nation.

The Opals are currently ranked second in the world by FIBA and were runners up to the USA in the 2018 World Cup. Australia has traditionally boasted a strong WNBA contingent in the US.

It's a similar story in men's basketball across the country.

The NBL and Australia's men's basketball side, the Boomers, have been on a phenomenal upwards trajectory after strong international performances.

The Boomers also boast a strong NBA contingent, but the NBL's new broadcast deal, huge attendances and the publicity surrounding the Boomers' recent victory over the USA on home soil have seen domestic basketball stocks rise significantly among the general public.

Head of Women’s Basketball at Basketball Australia, Lauren Jackson, told the Sydney Morning Herald that Smith's decision can help bring that success to the women's competition.

"What Paul Smith and his team have been able to do in Sydney with the Kings has been incredible and we look forward to what his vision and leadership will bring to the Flames and to the overall standard of the WNBL," Jackson said. 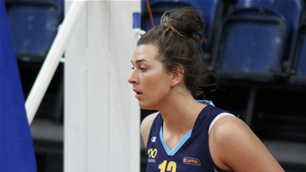