Heartbroken Kyah Simon has opened up about the agony of missing out on the France 2019 World Cup as her seven year battle with injuries takes its toll.

Simon, 27, was forced out of her standby spot for the Matildas at the weekend when she sustained another hamstring injury at the Australian pre-tournament warm up camp in Turkey.

She has returned to her US-based MLS club Houston Dash to continue her rehab.

But the pain of missing out on the World Cup will be harder to heal.

In a post on social media today, Kyah revealed the agony and frustration the series of injuries has has had on her, denying Australia the chance to see the best of her as a player.

"Heavy-hearted, frustrated, upset yet determined, focused and proud," she said on Tiwtter this morning. "I didn't cut corners.

"I did all I physically could throughout my rehab and gave it my best shot to be back in time for France.

"Sometimes that's not enough, sometimes there are things out of our control and unfortunately hit some setbacks along the way.

The striker made her debut for the Matildas as a 16 year old in 2007 and scored the winning penalty for Australia to claim the 2010 Asian Cup.

In 2011 she appeared at the Women's World Cup in Germany and scored twice against Norway to book the Matildas' spot in the quarter finals, becoming the first indigenous Australia to score at a World Cup.

Despite a slew of injuries, Simon still notched up more than 80 caps for her country and scored two dozen goals, including three at the 2015 World Cup in Canada.

But she is now coming to terms that she will have to watch France 2019 on TV. 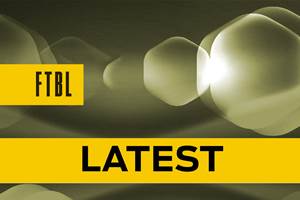 Veteran striker Kyah Simon was on World Cup standby but will now leave the Matildas camp after a hamstring injury recurrence.

"I've missed a lot of football," she admitted today. "Have been unable complete a full year without injury since 2012, hit the lowest points of my life and at times been close to giving up.

"But my desire to be healthy and my determination to get back to the best version of myself on the pitch will never waiver.

"As professional athletes we have to take the bad with the good, we have to accept that things won't always go our way, but it's the reaction to the heartache and disappointment that shapes our future."

She added: "I now shift my focus to rehabbing my hamstring here in Houston, taking it one step at a time, and ensuring I take the time that's required to be back 100% before getting back out there for the Dash and leading into the Olympic Qualifiers later this year.

"Thank you to everyone for their support throughout this time. It doesn't go unnoticed, and I'm so appreciative of every single one of you.

"I will be watching from afar and supporting the team every way I possibly can...I'm so pumped to see what the girls will do in France next month!"