One year after competing at Commonwealth Games, Australian leading rhythmic gymnast Alexandra Kiroi-Bogatyreva was ready to commence her first half of the new season.

With three World Cups and Australian Gymnastics Championship it was going to be a very busy itinerary with a lot to prove.

Kiroi-Bogatyreva's first destination on the World Cup tour landed her in Sofia, Bulgaria.

A place where only seven months ago the 16-year-old made her World Championship debut and the location brought a lot of good memories and set the mood for a great competition. The second destination in the World Cup series was Uzbekistan and third was Azerbaijan.

Three major competitions in four weeks were a great test drive of completely new rhythmic programs for Kiroi-Bogatyreva, notes were taken, corrections made and everything was set to defend the National Title during Australia's biggest gymnastics event in May and June.

Melbourne has been hosting Australian Gymnastics Championships since 2014 and being a home ground for Kiroi-Bogatyreva it always has a sense of comfort.

It was her eighth Nationals, second as senior international and as some might say defending the title is a lot harder than getting it for the first time, as you have something to lose.

For Kiroi-Bogatyreva that wasn't the case, she took the Rhythmic Floor with great confidence and concentration to do what she came here to do.

After three days of competition and eight solid routines, Alexandra made a clean sweep of all gold medals in the senior international category, becoming an absolute Australian Rhythmic Gymnastics Champion.

Thank you to my coaches @katerynalogachova and @aliciaregula for the preparation and for the work behind the 6/6 gold senior international medals! Thank you to all who supported me and especially to my family! Well done to all competitors and to my amazing teammates as well! 🌟Now back to hard work and practice to make each day better than before! Дальше больше ❤️🔥#AGC19 #nationals #headless #ShareTheDream #wearethechampions

Finishing the competition with an astounding score of 67.00 Kiroi-Bogatyreva has sent a message that she wants to take Australian rhythmic gymnastics to another level.

The spectators watched Alexandra's performances in awe as the difficulty and execution of the rhythmic routines were mixed with grace and athleticism.

Now Kiroi-Bogatyreva is going to concentrate on her Year 12 exams and more training. In August she will take on her second half of the season looking at Qualification event for 2019 World Championship, World Cup in Kazan (Russia) and World Championship in Baku, Azerbaijan. 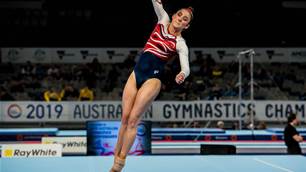 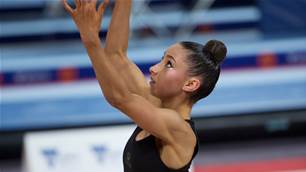 It doesn't get any easier for Victory...