The 34-year-old has had an illustrious career to date - she won a World Cup with Japan in 2011, two East Asian Football Championships as well as an FA Cup with Arsenal in 2014. She also has a 2012 Olympics silver medal on her CV.

Kinga’s first taste of the W-League came in 2016, when she signed for Canberra United, before joining City, where she won the 2018 W-League championship.

The veteran is a utility who has played most of her career at right-back, but can also play in midfield and as a right-winger.

She added that City offered what no other club did in her career. 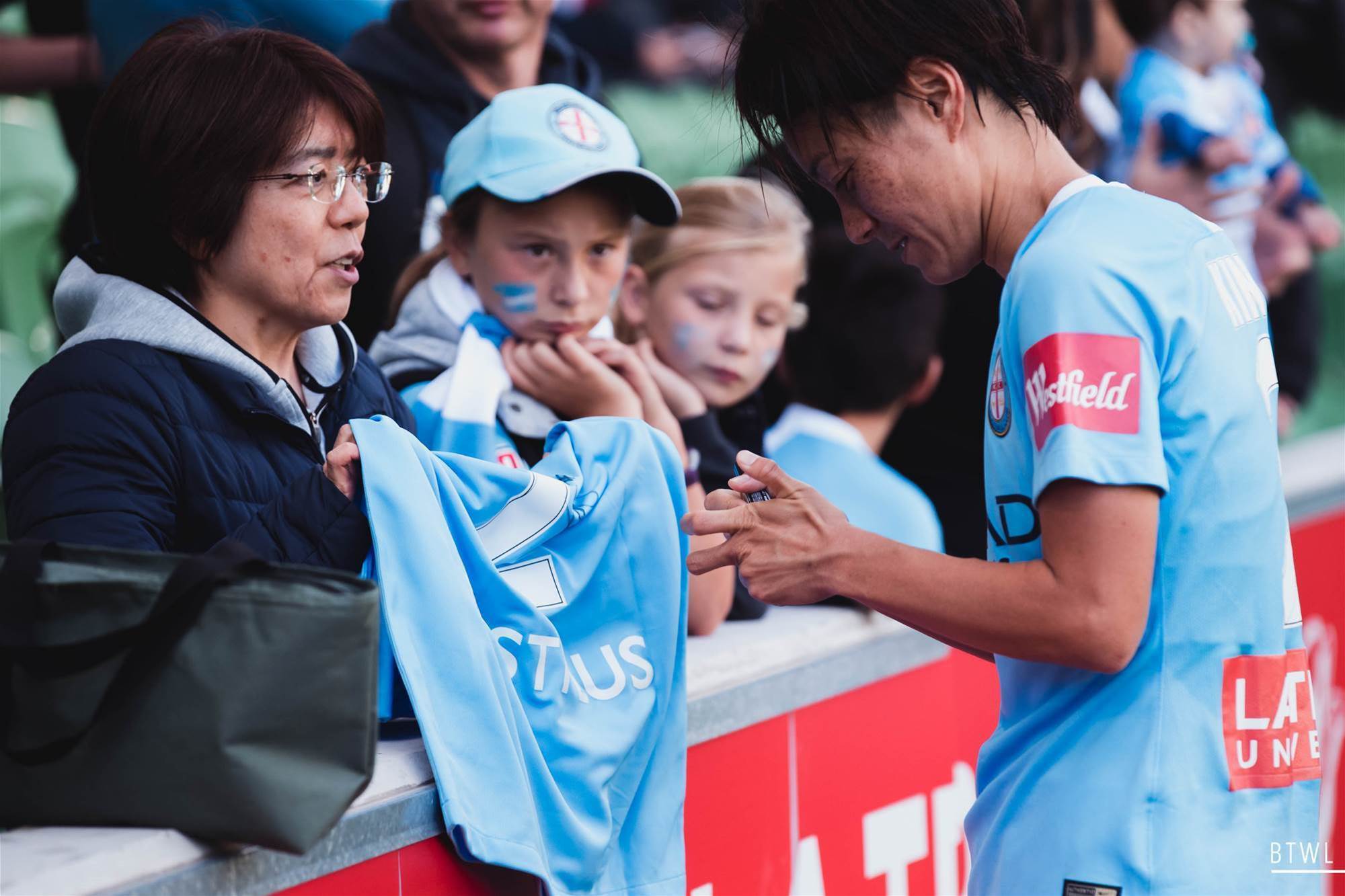 Kinga is enjoying her time in Melbourne. By Rachel Bach (@bythewhiteline)

“City was a big step up from Canberra, it’s perfect for football,” Kinga tells The Women’s Game. “The facilities, the players and staff are professional.

“Their women’s team has been the best in the world for me. We get a lot of feedback so I can improve as a player.

“I’m enjoying football and living with my teammates. In every game I focus on enjoying myself and I only think about one game at a time. The most important game is the next one.”

City have won three championships in a row since their induction into the league in the 2015/16 season, but it’s likely they will miss out on finals this season as they sit sixth with two games left.

Kinga is acclimatising well to Australian life after playing most of her career back home in Japan and has also had a stint in China.