Matildas captain Sam Kerr has urged her Australian teammates to use their World Cup failure as fuel in their quest for Olympic gold in Tokyo.

The national women's soccer team will play their first game since an early exit out of France when they face Chile in Parramatta on Saturday.

The friendly, which is expected to draw a record crowd, is the first of a two-game series ahead of what shapes as a tricky Olympic qualifying campaign in February.

The second game is in Adelaide on Tuesday.

Kerr admitted being haunted by such a disappointing campaign in June, but is one of 18 players to again be given another chance this week.

"As a footballer, you never really get over things like (the World Cup)," Kerr said.

"I'm still thinking about things that happened and moments in games and I think that's just a footballer's way. But you do that with every game.

"We'll always remember it, but now we can use it as a tool for the next tournament we go to and remember those moments.

"I think we'll be thinking about it for probably until the next World Cup. But we've moved on now and ready to start playing again."

The games against Chile will prove crucial for Milicic, whose side don't play again until their first Olympic qualifying match against Chinese Tapei on February 3.

The Matildas also have pool games against Thailand and China, with the top two from their group progressing to a play-off round against the other pool.

The two winners book their flights to Japan.

"You look at our opponent (on Saturday), they've had four since the World Cup. We haven't had any, (so) you always want more games.

"With the numbers that we have, we're looking to give everyone an opportunity over the next few days to present themselves."

Australia are currently ranked eighth in the world, while Chile are No.37.

But Milicic reminded his players about their 2-0 defeat to the South American side this time last year on home soil, before rebounding 5-0 in a second game.

"They were respectable at the World Cup and also recently had a draw with Brazil.

"Countries that are investing and have a strong football culture like Chile does, they're the ones that are rising." 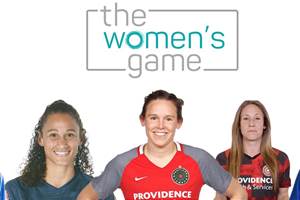