After dealing with niggles for several years, Alanna Kennedy is back in action and ready to embrace her homecoming with Sydney FC.

Playing through injury is a common occurrence for elite athletes and Kennedy, who underwent neuroma surgery, is the perfect example.

Now she is primed for another W-League fight with fresh legs (or feet).

“The neuromas were something I’d had for four or five years," the 23-year-old said.

"They had been bothering me for a long time and having to have injections every few months was a bit much.

“It was a bit of a running joke for those who knew me, that whenever I was on or off the pitch, I’d always need to take my shoes off to fiddle with my feet, especially when I was training.

“It’s one of those niggles that you can still play with, it was just really uncomfortable. I’ve heard it’s really common in dancers because of the shoes they need to wear."

in recent years Kennedy fans have winessed a solid defender who also scores some crackers from midfield.

Most would have been none the wiser about her previously irritating ailment. So, is the best yet to come for Kennedy and her improved feet?

“I’ve definitely noticed a massive difference since having the surgery, it’s been great being able to play unhindered”, she said.

And after seeing her return for the Matildas against Chile earlier this month, fans were just waiting on confirmation that Kennedy was officially off the injured list for Sydney FC.

“My recovery was on the quicker side, which was great,” she said.

“It meant I was able to play in our friendlies against Chile and also means I’m available to play in this weekend’s Rebel Female Football round and I’m really excited to be back on the pitch.” 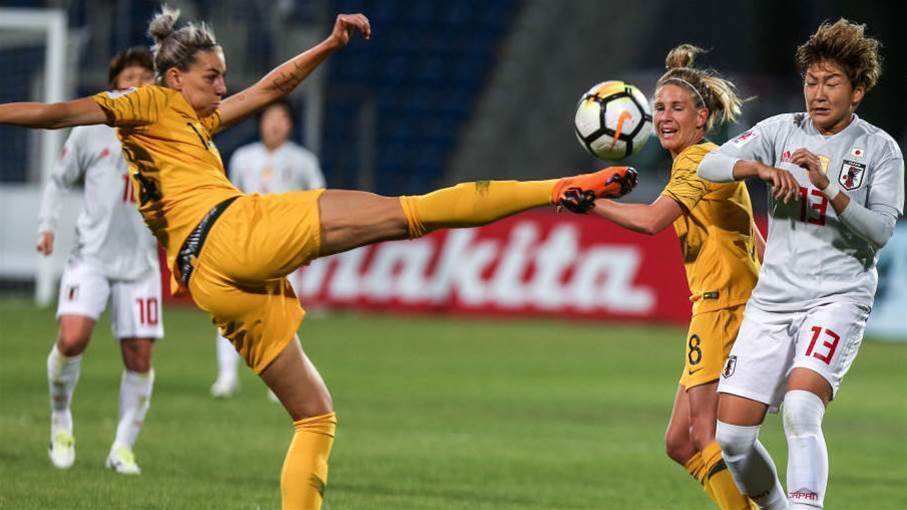 Kennedy’s return to Sydney FC marks her fifth season with the club and comes after playing for Melbourne City FC last season where she helped them to their third consecutive W-League Championship.

“Sydney is obviously home for me" Kennedy said.

"My family is here and being away from them when I’m playing in the NSWL makes it that much more important to stay close to them when I’m home, as we are very close.

“I honestly only have good things to say about both clubs (Melbourne City and Sydney FC) but I am very happy to be back at Sydney FC.

"I’ve got a long history with the club and really love their professionalism and the way they look after their players.

“Having that close connection and history definitely made for a warm welcome coming home."

And what better way to make your season debut than during Rebel Female Football round?

“I think we are so lucky to be part of a generation that has seen so much change for the better, and it’s great to celebrate that,” Kennedy added.

“It’s very important for us to soak it all in and try to give back when we can. We all embrace our role model titles for the younger generation.

“That aspect is very important to us and it’s really special to know we are inspiring young girls to chase their dreams too.”

As for what we can expect from Kennedy and her team this season, the Campbelltown local said fans haven’t seen anything yet!

“I’ve obviously got my eye on both the Premiership and Championship and I think we’ve got a team that can make it happen,” the confident midfielder said.

“Our first game against the Wanderers was such a good match and we were still without a couple of players then.

“We have so much more in us and I’m really excited for the potential we have, and I’ve got faith in our team that we can live up to that potential.”

You can watch Sydney FC take on Melbourne Victory on Sunday 25 November at 2.30pm at Jubilee Stadium. You can catch the action LIVE on Fox Sports, SBS Viceland or Telstra Livestream.

Kiwi eyes off more A-League glory with the Sky Blues